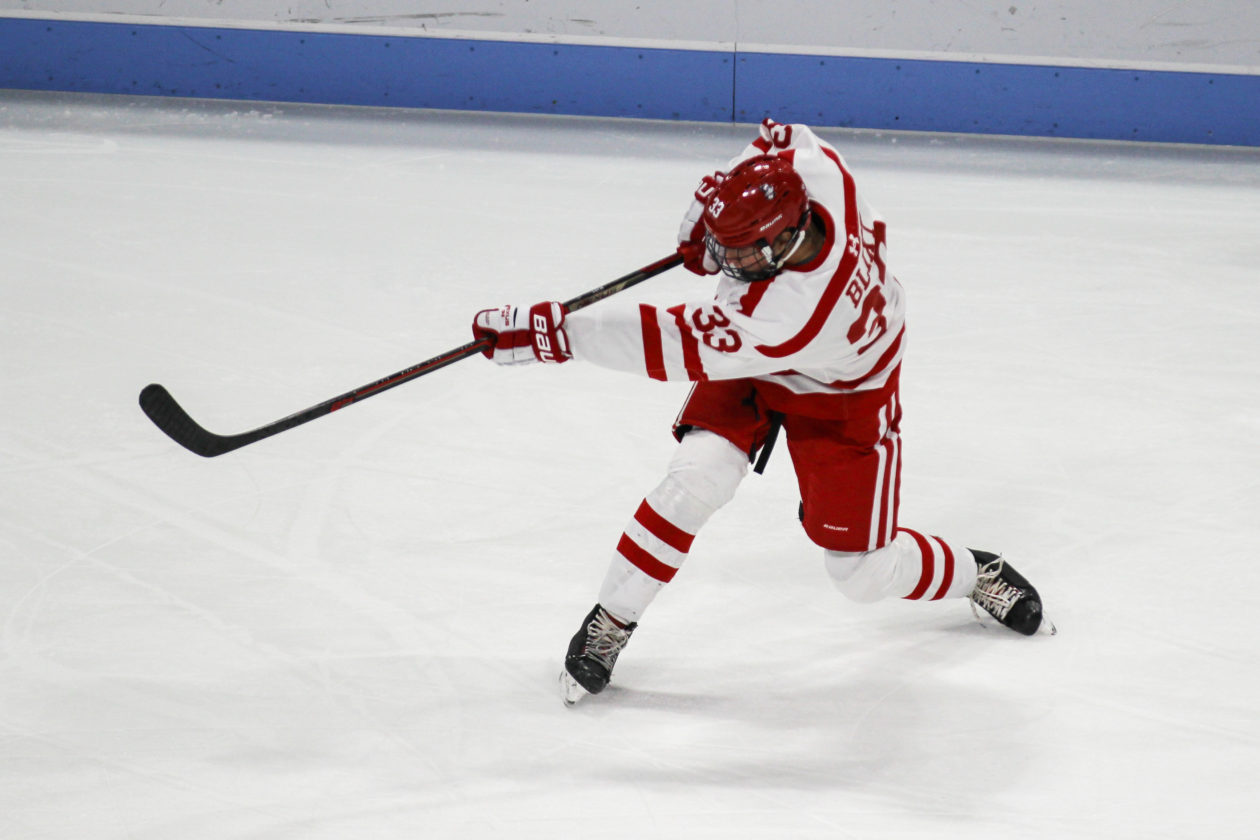 Boston, MA — Arizona State has occupied a curious spot this season. They’ve been a top-ten team while boasting the nation’s best goal scorer and one of the top goaltenders as the only independent school. On Friday night, they began a two game series against the Boston University Terriers but stumbled in a sloppy game in their first visit to Agganis Arena.

ASU capitalized on the first poor bounce. BU turned the puck over directly to Filips Buncis, who fed senior and Phoenix, AZ, native Anthony Croston for a doorstep shot that Jake Oettinger had little chance of stopping. BU answered back when Joel Farabee found open space off a pass from Jack DeBoer. The freshman and Philadelphia draft choice deposited the puck into the open net. Senior captain Bobo Carpenter earned a secondary assist on the goal and became the 87th Terrier to score 100 points in his career. BU added one more goal in the waning seconds as Patrick Curry cleaned a loose puck off the post and gave BU a lead they never relinquished.

Add an assist to @carpy_14 on Farabee’s goal… and that gives him 100 career points! 83rd Terrier to reach the century mark. #ProudToBU pic.twitter.com/STQ3hpjfzW

The second period was back and forth. Farabee scored his second of the game in fluke fashion. He whipped a backhander on net from the corner intending for the charging Shane Bowers to punch home a goal. Instead, it caught a Sun Devil stick and bounced behind Joey Daccord into the net, and Farabee earned his second goal of the night. The Sun Devils answered back with a perfect blast from Branson Pasichnuk to cut the lead down to 3-2. That was the closest ASU got. Chad Krys threw a wrister toward the net that pinballed off Dominic Garcia then spun off Joey Daccord’s shoulder and into the net. Johnny Walker had a breakaway that Jake Oettinger stopped and missed a stretch pass for a clean look. BU led 4-2 after an even 14 shots apiece in the second.

The score held in the third despite a 17-6 advantage on the shot counter for ASU. Oettinger recorded 38 saves on 40 shots faced. “He was solid” mused Terrier Head Coach Albie O’Connell. “He didn’t make a mistake. When a goalie doesn’t make a mistake, you’ve got a pretty good chance to win.”

ASU drops their first game in Agganis Arena, their third consecutive loss. “I thought we played pretty well”, commented ASU Head Coach Greg Powers. “Managing the game is really important. The last three games, we’ve given up a goal in the last minute of the first period. And those are killers for young teams and that one I thought ended up costing us the most tonight. But over the course of the game, we played pretty well.”

The teams conclude their series tomorrow. Puck drop is slated for Saturday night at Agganis at 7 pm. BU then hosts UMass on February 1st before the Beanpot begins against Northeastern on the 5th. ASU continues an eastern road swing when traveling to face the Rochester Institute of Technology next weekend. Puck drops at 7 pm both nights at the Gene Polisseni Center against the Tigers.