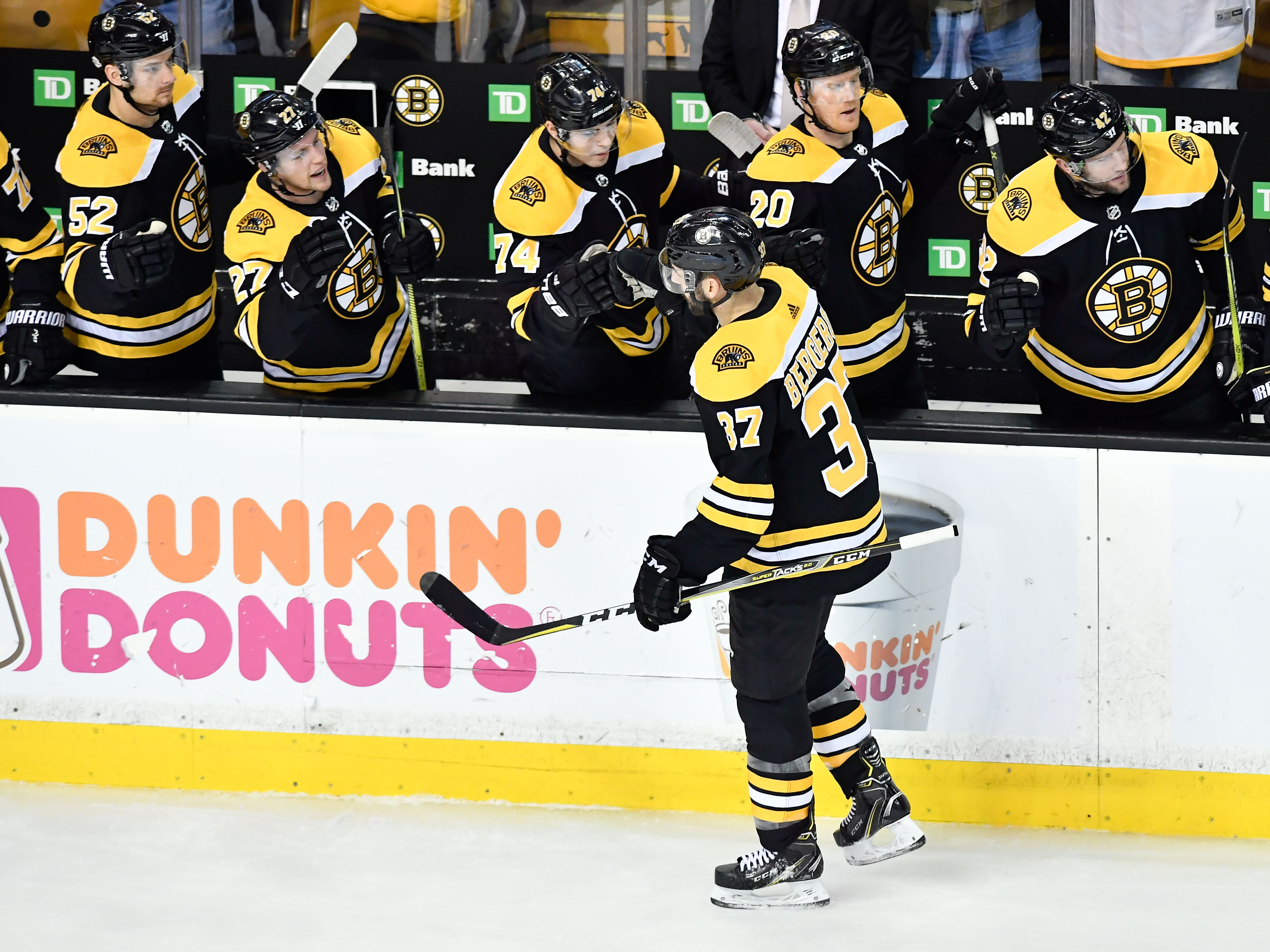 Bruins Top Trio Comes Through In Solid Win Against Predators

BOSTON – Without question, the rigors of a full 82-game schedule can take its toll. It will be nothing short of a minor miracle if a team can endure all the tribulations of a hockey season and not have to make any adjustments along the way.

There is no better example of that than the 2018-19 Boston Bruins. With the way things have gone so far this year, head coach Bruce Cassidy has incredibly positioned his team in playoff contention. The Bruins have had a couple young defensemen emerge with a new-found confidence and the scoring has been more evenly distributed among the reshuffled forward lines.

Cassidy should be in consideration for the Jack Adams Award, but that is a different story for a different day.

After coming off a Thursday night tilt against the Anaheim Ducks, the Bruins continued to play host to the studs of the Western Conference when they took on the Nashville Predators for a Saturday afternoon showdown. The Bruins came into this game winners in five of their last seven. On the other hand, Nashville was wrapping up a grueling four-game road trip on this day. Both sides were out to prove that there was still fuel left in the tank at the conclusion of this tough stretch of games.

The Bruins got off to a rather sluggish start in the first period. They were not able to create a lot of sustained offense, unlike the Predators who had three or four decent scoring chances on Halak. Despite that, it was Boston who broke open the scoring. Patrice Bergeron netted his 10th goal of the season after making a nifty move in tight off a nice feed from Charlie McAvoy.

“He is unbelievable,” said Brad Marchand in reference to Bergeron. “After missing so much time and scoring about 10 minutes or so into the game was pretty great to see. They have some great defensemen, so it was important for us to put the pressure on and get the lead.”

In the second period, Rinne was excellent in the Nashville net as he kept his team in the game with some great and timely stops. At the other end of the ice, Ryan Johansen tied the game after a shot from the point slipped passed Halak. Overall, a vastly different period from the opening 20 minutes for the Bruins as the energy seemed to be lacking. Shots were 22-21 in favor of the Predators through two periods.

Both teams really came unglued in the third period when pucks kept finding the back of the net. After each team traded a pair of goals, Marchand blasted home the go-ahead goal on the power play. The story of the final 20 minutes was Bergeron; he factored into several of the goals for the Bruins. He just seemed to be in the right spot at the right time and played responsibly in all three zones.

“It was great to have him back on the ice with us,” said David Pastrnak after the game. “He really helped us on the power play getting in the right spots and the results showed.”

The final score of the game was 5-2 in favor of Boston. The game itself was a lot closer than the final score would indicate, so it was a true testament to the Bruins’ ability to finish strong. Halak finished the day with 28 saves. Bergeron posted four points in this one, while Marchand and Pastrnak each had three-point games.

“We have played really well lately,” said Cassidy. “We have been doing our jobs really fighting for the puck and forechecking, so if we keep that up we will be a very tough team to play against going forward.”

The Bruins will wrap up their pre-Christmas portion of the schedule this coming Sunday when they take on the Carolina Hurricanes.

Side Notes: Patrice Bergeron made his return to the lineup after missing nearly a month with a rib and sternoclavicular injury…Zdeno Chara and Kevan Miller practiced with the team this week and are eyeing returns in the near future…Jake DeBrusk (non-contact) and Urho Vaakanainen resumed skating earlier in the week as well…Jeremy Lauzon and Gemel Smith were both sent down to Providence earlier in the week…David Krejci entered Saturday’s game with an eight-game point streak. He has recorded five goals and six assists for 11 points during that stretch…Torey Krug is now the franchise leader in assists by an American-born player…The Bruins split the 2017-18 season series with the Predators as the home team came out victorious on both occasions.