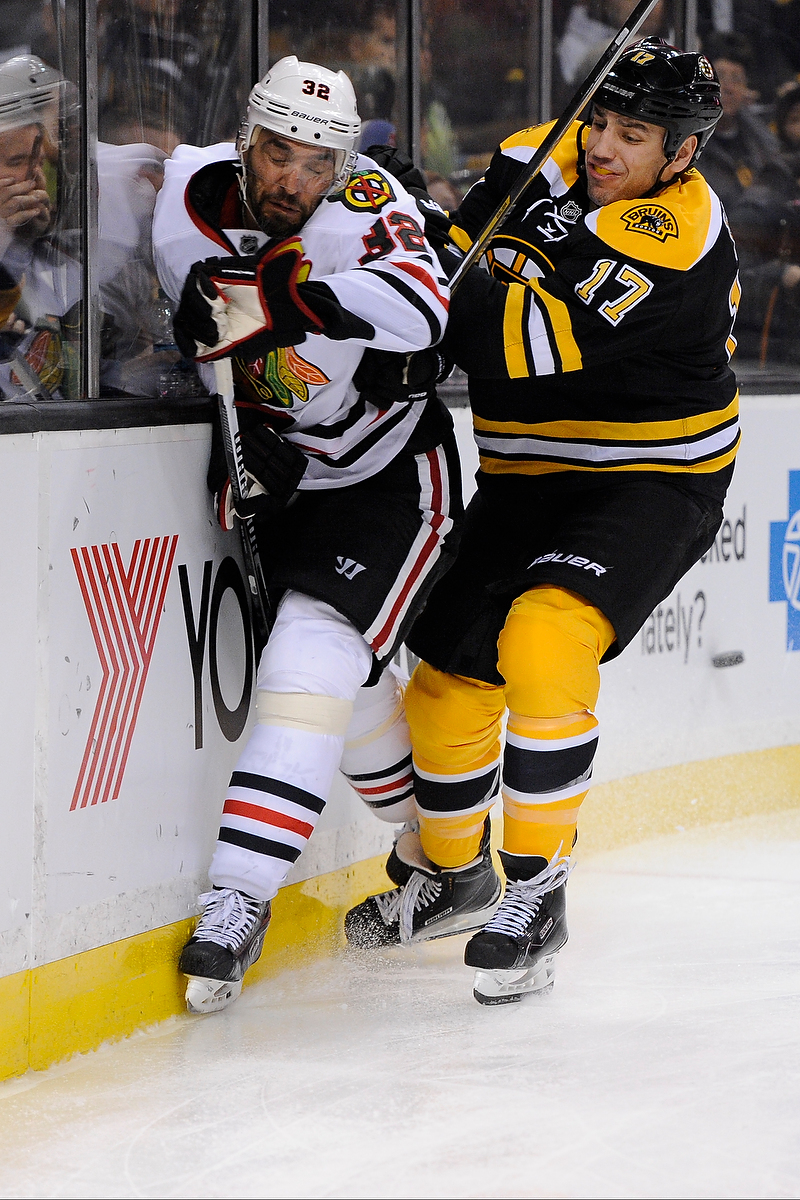 Going into the 2014-2015 season it had been decided that the David Krejci-Milan Lucic line would have the addition of Loui Eriksson to replace the departed Jarome Iginla. With Krejci out for the first three games of the year, Eriksson has been paired successfully with Carl Soderberg and Chris Kelly. However, Lucic was reduced to the line of rookies Ryan Spooner and Matt Fraser.

Lucic, who did miss the beginning of the pre season with injury, has struggled to start the season. He’s a -1 with no points and his line, supposedly the second line, has been the second least played with just a few minutes more of ice time than the Daniel Paille line.

“Maybe I’m overthinking things as far as the injury goes,” Milan Lucic said after the morning skate Saturday prior to the contest against the Washington Capitals.”Part of my game is playing, I don’t want to say reckless, but in control reckless is probably the way to put it and that’s kind of the way that got me hurt so that’s probably what I’m overthinking right now.”

As the game against the Capitals began, Lucic and his line once again saw limited ice time, and he appeared to be standing flat footed most of the time he was out there. Lucic has seen power play time, but his time has been less than Ryan Spooner, who has been averaging around twenty seconds more per shift on the PP.

“Me critiquing myself, I don’t think it’s acceptable the way I’ve played the first two games,” Lucic also told reporters before the game. “I’m aware of that, so I know what I need to do to get myself back into what I do best.’’

More than once in the game, Lucic waved to be taken off before his shirt ended and he seemed winded when his shifts did end. Once again, miscues showed in his game; on a power play late in the second period he shot the puck into the bench on a 2-on-1 breakout with Brad Marchand. Another time, on the same power play, he was offsides.

Late in the game Lucic’s play felt lethargic as when he was out there, he was playing away from the puck and touched it minimally. Even when his line was getting possession of the puck he wasn’t involved in many plays. Late in the third period head coach Claude Julien made the switch, moving Ryan Spooner to the Carlo Soderberg-Loui Eriksson line and moving Chris Kelly down to the Lucic line.

With under four minutes left in the game Lucic was hit into the boards hard by Mike Green with no call. He took matters into his own hands as he tried to provoke Green, to no avail, and he was awarded a ten minute misconduct along with a minor cross checking penalty. He did not play the rest of the game, and while Fraser served the penalty, the line did not produce at all in the contest.

“We’ve got to keep our chins up and fight through it because nobody is going to do it for us.” Lucic said after the 4-0 loss. “We have to do it ourselves and starting with myself I have to be better and take charge in doing what I do best, and try to lead that way.”