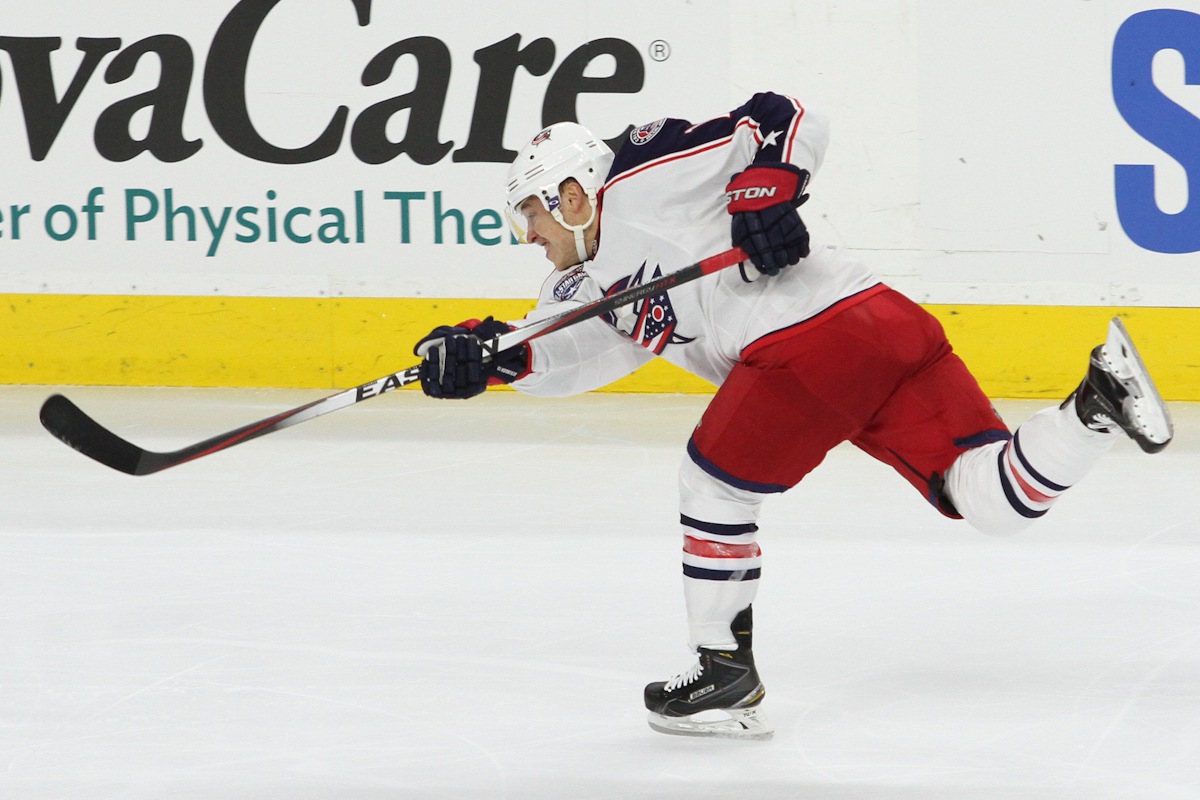 The Boston Bruins lost a trade target with Evander Kane now a Buffalo Sabre but rumors are still circulating. One of interest is former Boston College Eagle Cam Atkinson who is a member of the Columbus Blue Jackets.

The 25 year old right winger is set to become a restricted free agent at the end of the season and the Jackets are going to be out of the playoff picture. While they might not need to rebuild, adding some new pieces could be an option if they decide they don’t want to re-sign Atkinson and pay him as a top six forward.

This is a perfect fit for the Bruins because they don’t have a top right wing. While Atkinson might not be a top liner like Jarome Iginla was, he’s still a better option than (gasp) Daniel Paille and his -9 rating that has seen time with David Krejci this season.

He’s not a big cap hit at just a little bit over one million, and has 21 points on a very decimated roster. Put him with Krejci and he could start scoring, and possibly even hit his career high mark of 40.

Another thing about Atkinson is he’s shot happy with 130 shots this season. Boston is prone to the pass when breaking in sometimes, so adding a shooter isn’t a bad thing.

He’s an option for a power play that has seen Craig Cunningham on it and he potentially could even add depth to other lines. Moving David Pastrnak down to a line with Carl Soderberg might be better than trying to pair him with Krejci or Patrice Bergeron.

The fact he has a low cap hit and is an RFA at the end of the year represents minimal risk for the Bruins, and they probably don’t have to give up a boatload. They’ve been shopping Ryan Spooner and with a draft pick and maybe a player like Matt Bartkowski, that might be the right price.