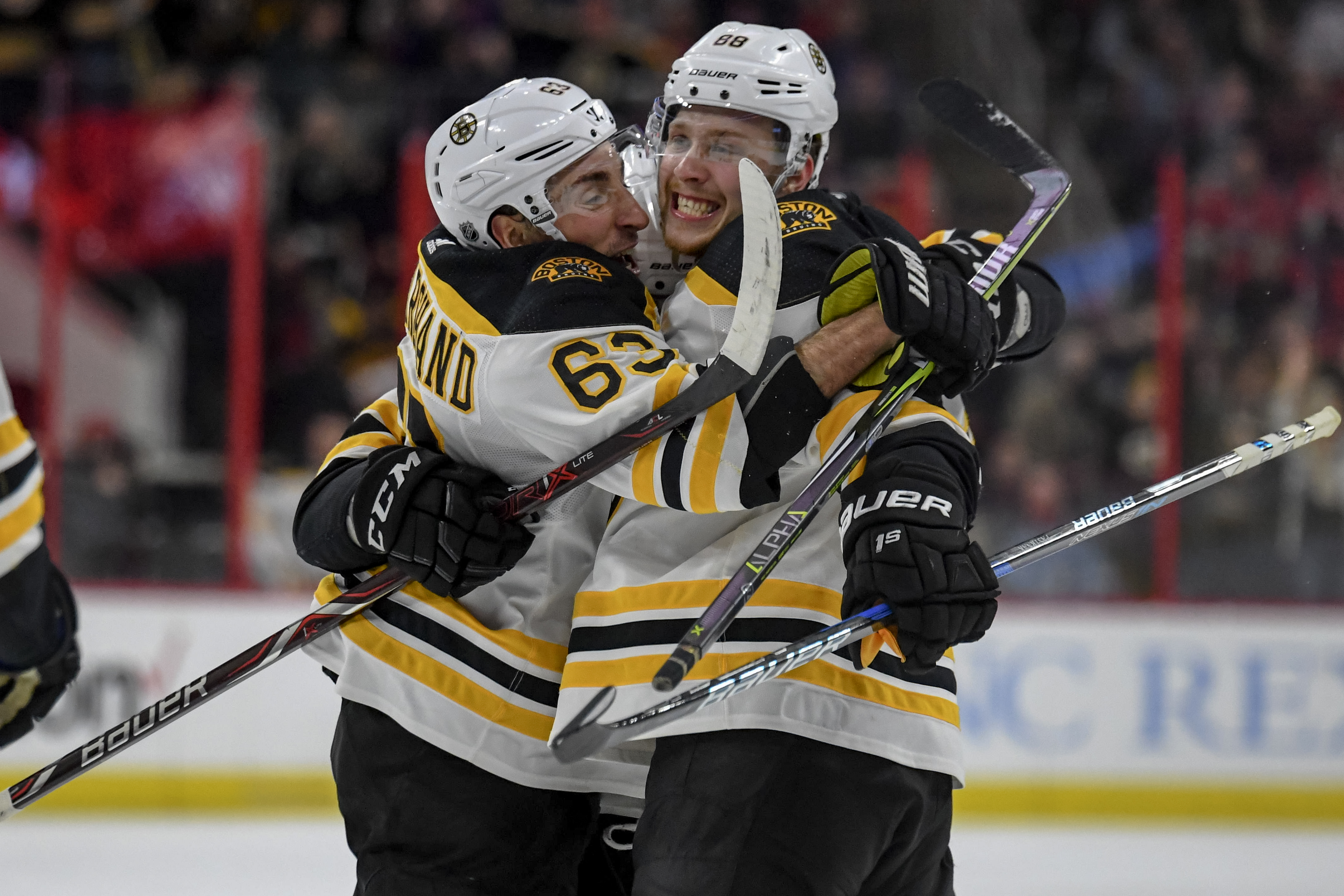 Bruins Successful As Team and Individuals

With their 6 to 3 thwarting of the New York Rangers on Wednesday, the Boston Bruins did more than pick up their 47th win of the year; they made a statement. That statement is: they are team to be reckoned with. Donning the second best record in the league, behind only the Tampa Bay Lightning, the Bruins played solid team hockey on both ends of the ice. Due to this team style of play, many individual Bruins were able to achieve individual career goals last night.

First and foremost was David Pastrnak, who recorded his third hat trick of the season, and has five goals in his last five contests. He has now tied a record held by former Bruins center Barry Pederson for the most goals scored by a Bruin 22 years of age or younger with 130 goals.

Patrice Bergeron recorded his career high 76th point of the season when he assisted on Pastrnak’s second-period goal. For good measures, Bergeron would score a goal in the third period, bringing his season total to 77.

“I expect him to make game changing plays,” Bruins coach Bruce Cassidy said about Bergeron. “That’s just who he is.”

In his first game back from a concussion, defenseman Torey Krug, who was born in Royal Oak, Michigan, achieved his own milestone. Krug, who also assisted on Pastrnak’s second-period goal, passed former Bruins centerman Craig Janney for the most points scored by a United States-born Bruin in their career with 284.

“It’s special for sure. You know, with the rich history of the Boston Bruins to be a guy like that is pretty cool, but I don’t want to stop there,” Krug said of his accomplishment.

Not to be left out of the party, winger Brad Marchand had three assists, bringing his career-high point total to 97. He is the first Bruins player to score 90 or more points in a season since forward Marc Savard did so in the 2006-2007 season.

“We certainly view him as one of our best offensive players,” Cassidy said of Marchand, “and one of our power-play catalysts.”

With five games remaining in the regular season, the Bruins hope to continue to add to their individual and team success.