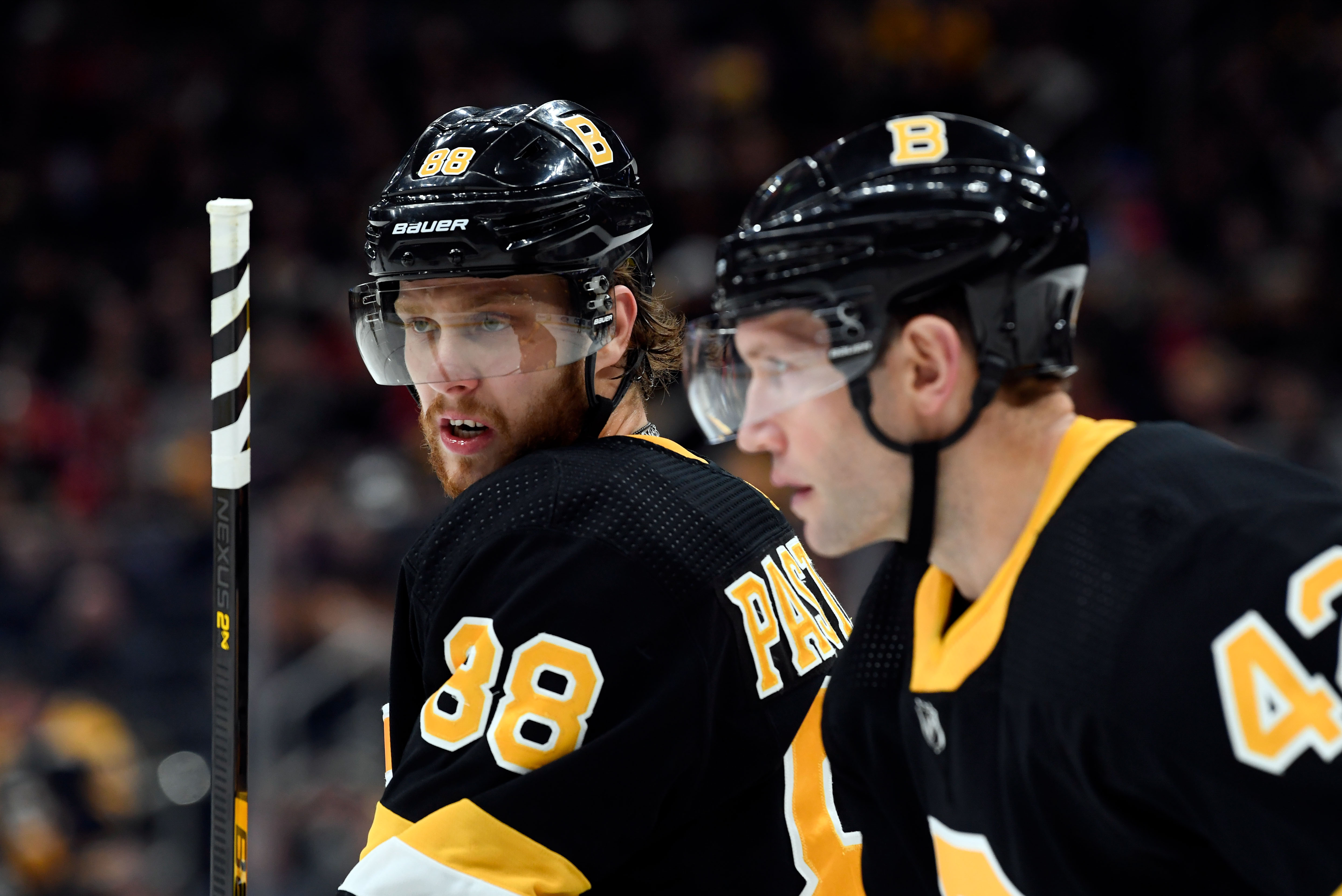 Boston, MA – The Los Angeles Kings and Boston Bruins each entered Tuesday night’s game riding off of a win. The Kings came into TD Garden having won three of their last four, while Boston ended a four-game skid with a 4-2 win over the Florida Panthers on Dec. 14.

Despite having the lead and the momentum late in the third period, the Bruins would find themselves needing extra time for the ninth time this season.

A minute into the opening period, the Bruins found themselves on the penalty kill as they were called for too many players on the ice. The penalty was served by David Backes.

It did not take long for the Kings to capitalize; forward Blake Lizotte redirecting a shot from the blue line from Jeff Carter to give the Kings the early lead. It was the first shot on net for LA.

With just under the halfway mark in the opening period, forward Sean Kuraly had a wide-open opportunity to even the score for the Bruins, but was unable to capitalize on the pass from forward Danton Heinen.

“Obviously I played my whole first year with him, so the chemistry is still there,” said Carlo reflecting on how it was being paired with Chara during some parts of the game. “Great communication on the ice, and I recognize his play there on the ice there very well just like I would there with Torey. I feel like we are doing pretty well so far; we are in a good place, getting pucks out of the zone, and doing our part.

The Kings would commit a penalty with just under two minutes remaining in the first period; forward Kyle Clifford was called for interference. This time, it was the Bruins chance to score on the player-advantage. And they did just that.

Forward Danton Heinen redirected a pass from forward Brad Marchand to even the score at one apiece. The play was reviewed as it appeared Heinen may have used a kicking motion, but the call on the ice stood. The Bruins improved to 27.2 percent when on the player advantage.

“I didn’t know,” said Heinen on whether or not he believe the goal was good. “I think if you scored a little while ago it was [not a goal]. I think they changed the rule this year where you can sort of redirect, and made it a little more lenient.”

The Bruins power play would have two more looks in the second period, but were unable to capitalize; their success rate dropping to 26.4 percent on the player advantage.

However, they did give up a short-handed goal 2:45 into the second stanza; forward Adrian Kempe sliding the puck five hole on goaltender Tuukka Rask while on the breakaway to give the Kings a 2-1 lead.

Eight minutes later, forward Patrice Bergeron rang the iron and in to even the score at two apiece. Krug was able to keep the puck in the zone after a clearing attempt from the Kings, and skate into the slot. He then proceeded to dish the puck back to an open Bergeron who shot the puck low and to the right of goaltender Jonathan Quick for the equalizer.

Bergeron would have another opportunity to give the Bruins the lead with the seconds winding down, but Quick stuffed the puck just as the buzzer sounded.

It would not take long for the Bruins to take control of the game, as defenseman Brandon Carlo scored his third of the season to take the lead for Boston 1:24 into the final period of play. Carlo shot the puck from the blue line, and it bounced off the Kings defenseman’s skates slipping past Quick.

The Bruins were able to mount onto the momentum within the final six minutes of play, but it would not be enough to keep the Kings from scoring.

With 2:01 remaining in the game, defenseman Matt Roy was able to get the puck through traffic and past Rask to force the game to overtime.

King’s forward Anze Kopitar, who had been unusually quiet all night, was the game-decider for the Kings; sending one past Rask in the extra-time to give LA the two points.

“There’s 82 of these,” said Cassidy. “I thought we certainly played well enough to win. Not very happy that we are only getting one point tonight, some nights you are satisfied. In terms of how we played the game, the process of it, there was better things than there was, say, two weeks ago.”

The Bruins are now 1-4-2 in their last seven games, and will take on the New York Islands Thursday night at 7 p.m.