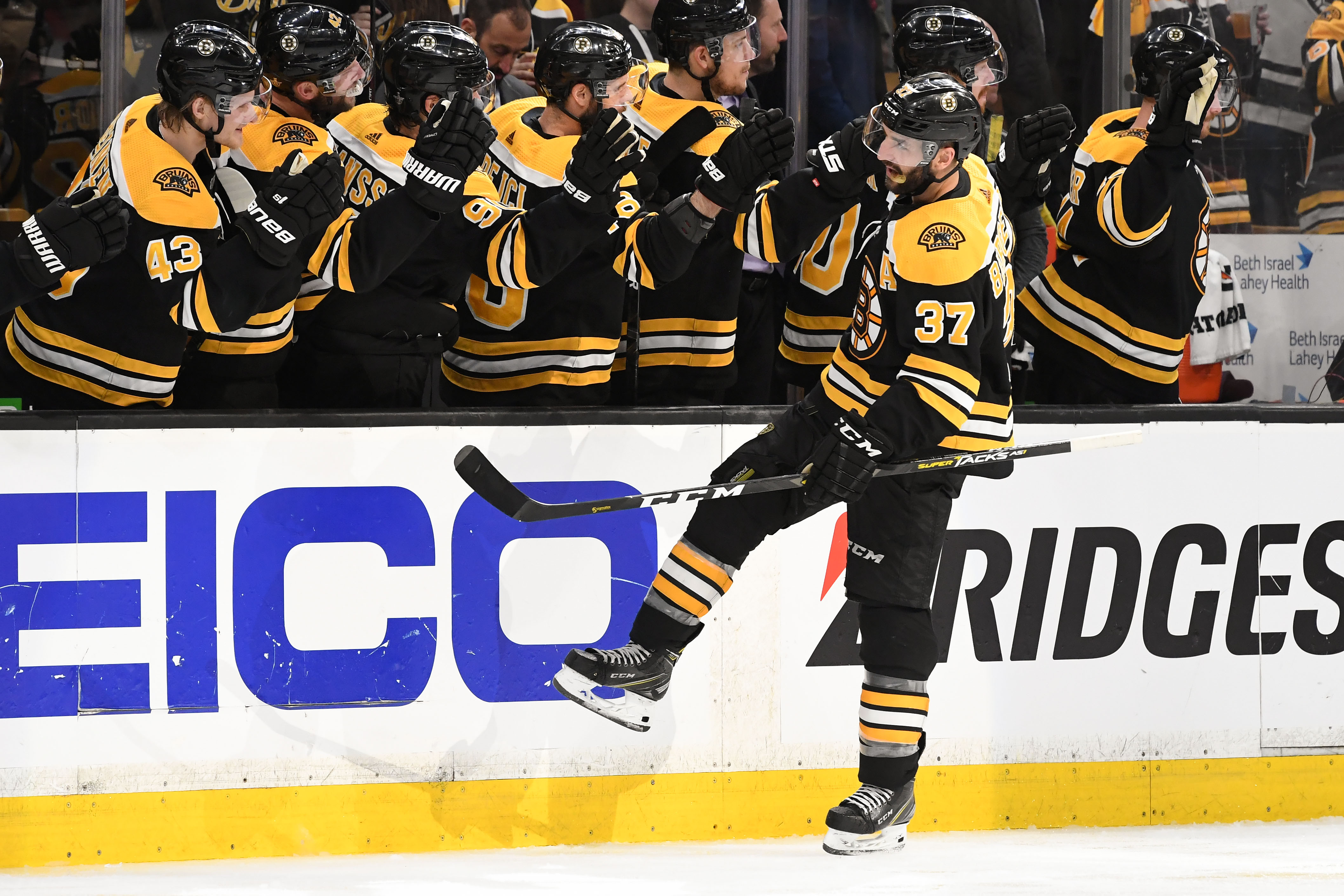 Bruins Should Switch Bergeron and Krejci in Lineup

Boy, talk about a controversial topic if there ever was one.

It is always entertaining to throw stuff at the wall to see what sticks. We can envision what fantasy booking a team would look like if we were in complete control. However, this scenario usually surfaces only when injuries force players out of the lineup.

Whether we like to admit it or not, this sort of thing happens all the time in other sports. For example, if a starter goes out for a long period of time and a backup steps in to fulfill the duties beyond anyone’s expectations, then the coach would often ride the hot hand.

Why should the sport of hockey be any different?

The Boston Bruins find themselves in an interesting position. Among the casualties that have been affected by the plague-like injury bug that has taken over the team is top center Patrice Bergeron. Arguably, he is the face of the franchise.

No one will ever question his leadership, on-ice skills, or personality. He is one of the best in the National Hockey League at what he does on a game-by-game basis. There is no disputing any of his attributes. If the city of Boston were to create a Mount Rushmore of active athletes, Bergeron’s face would be front and center.

With that being said, would it be the worst idea in the world if Bruins head coach Bruce Cassidy—*gulp*—demoted Bergeron?

Perhaps the term “demoted” is a bit harsh and inaccurate. If anything, it will be a change of scenery by playing with some new linemates. Supposedly, Bergeron is the type of player who can elevate the play of his wingers, so this suggestion should not be that ludicrous.

At the same time, Brad Marchand and David Pastrnak are having career years. They have proven in the past that it does not matter who is centering their line, and this goes all the way back to last season.

When Bergeron missed 17 games during the 2018-19 campaign, David Krejci assumed first-line center duties. Not only did he flourish with Marchand and Pastrnak, but he went on to have one of the most productive seasons of his career. Krejci finished the year with 20 goals and 53 assists for 73 points in 81 games.

Fast forward to last week where the team announced that Bergeron had suffered a lower-body injury. He was held out of the lineup this past Saturday night against the Washington Capitals and Tuesday night’s game against the New Jersey Devils. Once again, Krejci centered Marchand and Pastrnak. Once again, the chemistry was there.

Pastrnak scored his 18th and 19th goals (which leads the NHL), while Marchand and Krejci had three and two assists, respectively.

Bergeron is slated to return this coming Thursday night against the Buffalo Sabres. When that happens, why go back to the status quo? The team should let this momentum run its course.

Yes, it is always a tough decision to break up a line that has had success. Everyone knows what the “Perfection Line” can do. However, the exact same argument can be made in favor of the switch. Why disrupt the current chemistry of the other lines as well?

The secondary-scoring issue is sorting itself out, as the Bruins have received offensive contributions from the likes of Charlie Coyle, Danton Heinen, and Anders Bjork. Another added luxury is the scoring coming from the blue line; Matt Grzelcyk, Connor Clifton, and Charlie McAvoy have combined for three goals and five assists in the team’s last five games. It is worth mentioning that the majority of this took place with Torey Krug out of the lineup.

Ever since the “Claude Julien Era” concluded, Krejci has always been the guy who has not been provided with consistent wingers. He cannot just go out and play his game because he always had to worry about the wingers flanking him. The Bruins have been trying for years to suit up a steady second line that can provide a scoring punch.

If we can be honest for a second, it has not worked out.

With the exception of Jake DeBrusk, the experiment has failed. This truly has nothing to do with Krejci as a player. This could just be a case of a player being asked to do too much by the organization for so long.

So, why not have Bergeron take a shot at playing with some new guys? DeBrusk could raise his game even more, and young players like Karson Kuhlman and Zach Senyshyn could prosper into reliable contributors to this team for years to come.

Bergeron currently has eight goals and 11 assists for 19 points in 19 games so far this season. Those are not terrible numbers, but the more alarming stats come in the form of his defensive game. Bergeron is ranked 56th in the league with a plus-7 rating and 79th in the league with a 54.6 faceoff win percentage.

By his standards, that is a somewhat disappointing seven-week stretch.

Cassidy should consider making the boldest move in his coaching tenure with the Bruins, and that is swapping Bergeron with Krejci.

The Bruins sit comfortably in first place in the Atlantic Division, so right now would be the perfect opportunity to give this a try. If it does not work, then abandon it. There is no harm in trying, especially when the unpredictability of the postseason takes its toll. It is always good to have a backup plan for reassurance.

The core of the Black and Gold will still remain unchanged. It might just need a temporary new look.