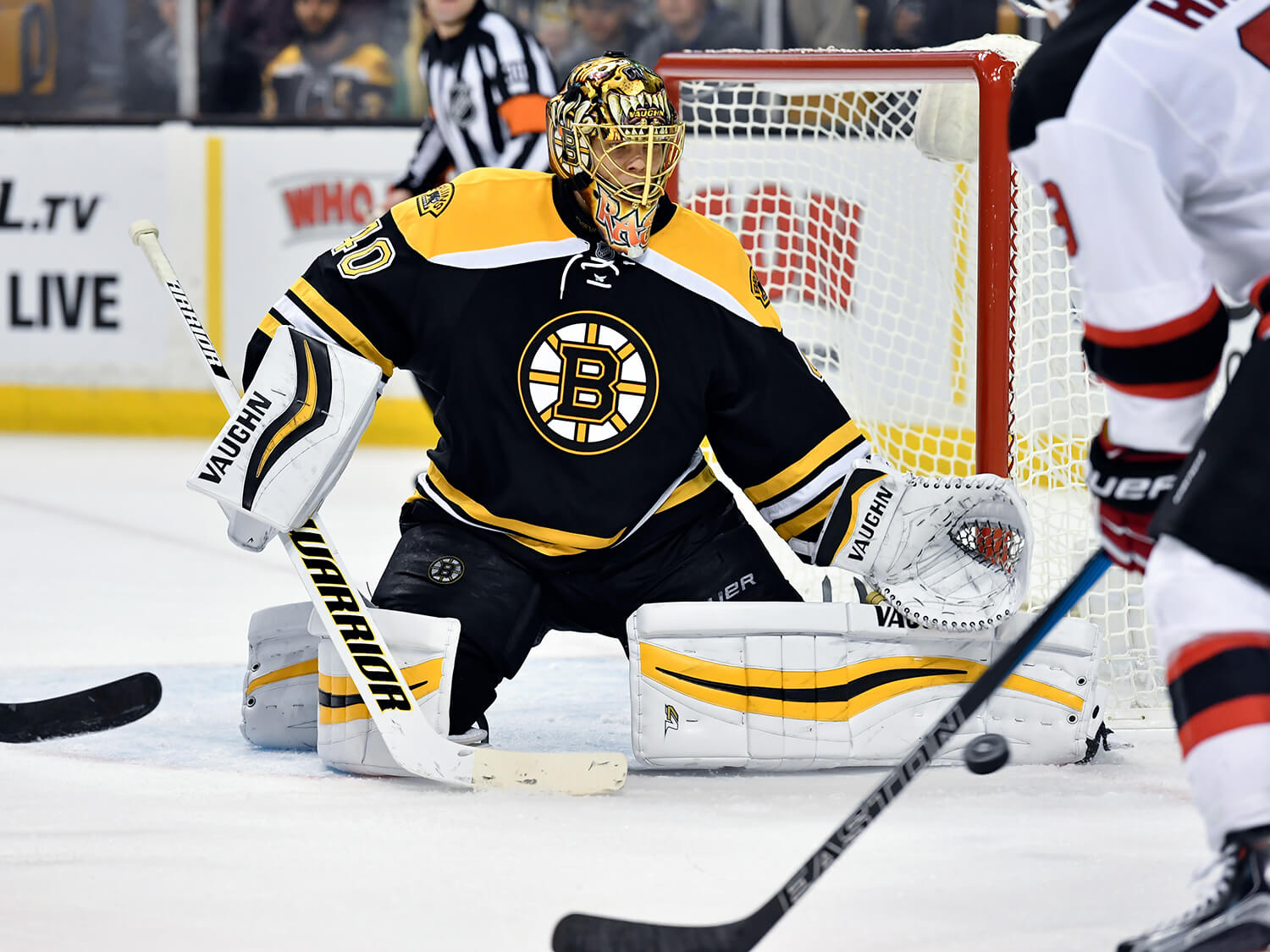 Save by Boston Bruins goalie Tuukka Rask (40) during a NHL game.

Bruins Return to Garden Ice Looking to Rebound Against Jackets

The Boston Bruins will be back home tonight to face the Columbus Blue Jackets following a 3-2 loss in Montreal on Tuesday night. After a successful road trip that saw the B’s take six out of a possible six points, the Bruins returned home with a loss to New York before a win over the Buffalo Sabres that included three power play goals.

Those positive vibes did not continue to Montreal, however, as Boston lost with the Habs scoring the game winner with a minute left in the third period. Zane McIntyre started the game between the pipes after Tuukka Rask had faced the Sabres the night previous.

Boston has struggled at home this season, with the Saturday night loss to the Rangers exposing some of the team’s biggest holes. Defeating a depleted Buffalo team on Garden ice helped, but now facing a Blue Jackets team with the best power play and one of the top penalty kills in the league is another challenge.

Boston defeated the Jackets 6-3 to open the season, but things have changed for both clubs. The Bruins have been able to survive injuries, with Patrice Bergeron and David Backes back in the lineup. Tuukka Rask has also rebounded since missing time, and the B’s are 7-1 when he’s in the lineup.

Seth Jones is out for the next three weeks for Columbus, but that hasn’t stopped them. Josh Anderson leads the team with five goals, and Nick Foligno has contributed 12 points of his own. Sergei Bobrovsky is one of the top netminders in the NHL, but after playing on Wednesday night, it could be Curtis McElhinney in net in Boston. Brandon Dubinsky was also injured on Tuesday and is likely to miss tonight’s contest as well.

At 6-2-2 in its last ten games, Columbus has certainly turned some heads this season, and Bobrovsky has a lot to do with it, along with the elite special teams the Jackets have displayed. The Bruins power play has struggled all season, other than the three goal outburst against the Sabres, and could struggle against the second ranked 90.3% kill percentage of the Jackets.

On the Bruins end, McIntyre played well despite the loss, and the Bruins outshot Montreal by nearly twenty in one of their best played contests of the season. David Pastrnak, who now has nine goals, continues to break out in his third season with the Bruins as a part of their top line. The top six forward core continues to contribute, while secondary scorers such as Dominic Moore (three goals) and Riley Nash begin to have some input as well.

Matt Beleskey is also starting to break out, as the third line winger added an assist on Monday and has been playing a physical game after the third line went 11 straight games without a single point. Beleskey’s unit needs to continue to make an impact so the top two lines can sit some shifts out after riding Pastrnak and Brad Marchand so much this season already.

Tonight’s contest can be a turning point for the Bruins looking to rebound from the loss in Montreal and get the team on track with two straight home wins after starting the TD Garden slate 2-3. Pastrnak has a goal in each of his last five games and Marchand is on a five game point streak, and he added five points in the team’s opener against Columbus. After two pre season contests as well, these clubs are familiar with each other.