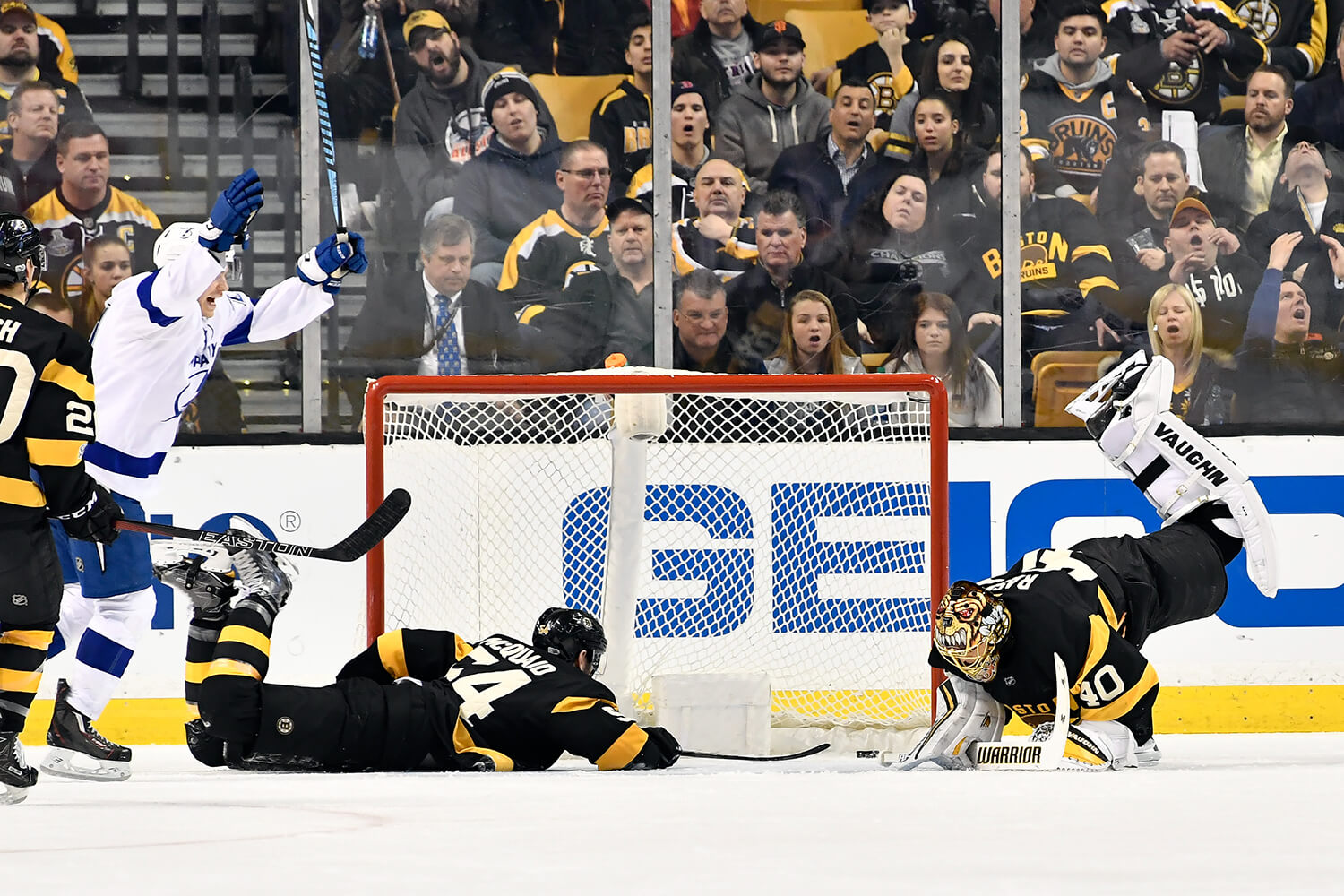 With ten sports championships in the past 16 years, Boston, Massachusetts has earned the nickname ‘Titletown”. The Boston Bruins helped win one of those championships when they hoisted Lord Stanley’s Cup in 2011. However, the past two seasons the Bruins have not come close to adding to Boston’s championship total because they have missed the playoffs completely. Boston, who is currently the second wild card team and holding on to the final playoff spot, looks to be tail spinning out of playoff contention, yet again.

With a 38-30-6 record the Bruins have 82 points and trail the Toronto Maple Leafs by three points for the third spot in the Atlantic Division. Nipping at their heels are the New York Islanders, who the Bruins play on Saturday, with 80 points. The Islanders have two games at hand.

Coming into last night’s game against the Tampa Bay Lightning, the Bruins had lost three straight games. The Bruins needed to come out guns a blazing and in the second period they held the lead three separate times, however Tampa had an answer for every one of Boston’s goals. The Bruins’ lead combined lasted a total of only 2 minutes, 39 seconds.

“We all have to look at ourselves in the mirror and we can’t point fingers,” said Bruins forward David Krejci. “Everyone has to step up and if every guy is going to do their job, including myself, then the rest will follow.”

After a back and forth second period the two teams were tied 3 to 3. The third period saw the Bruins allow three goals and they fell 6 to 3 to Tampa Bay. The Bruins have now lost four straight games, the first time under interim coach Bruce Cassidy.

“It’s this time of year,” Bruins defenseman Torey Krug said. “Other teams raise their level of play and you’ve got to find a way to do that to yours. No matter how well you’re playing or how well you’re not playing, you’re going to have to pick your game up.

This Saturday, in what is essentially the most important game of the season, the Bruins faceoff against the Islanders, a team vying for that last playoff spot.

“We’re four in a row here, but this needs to stop Saturday or the bleeding starts to get profuse after that,” said Bruins forward David Backes. “We’re going to impose ourselves and have that game where we just start to finish, make the plays, bail each other out, stick together, and win a game.”