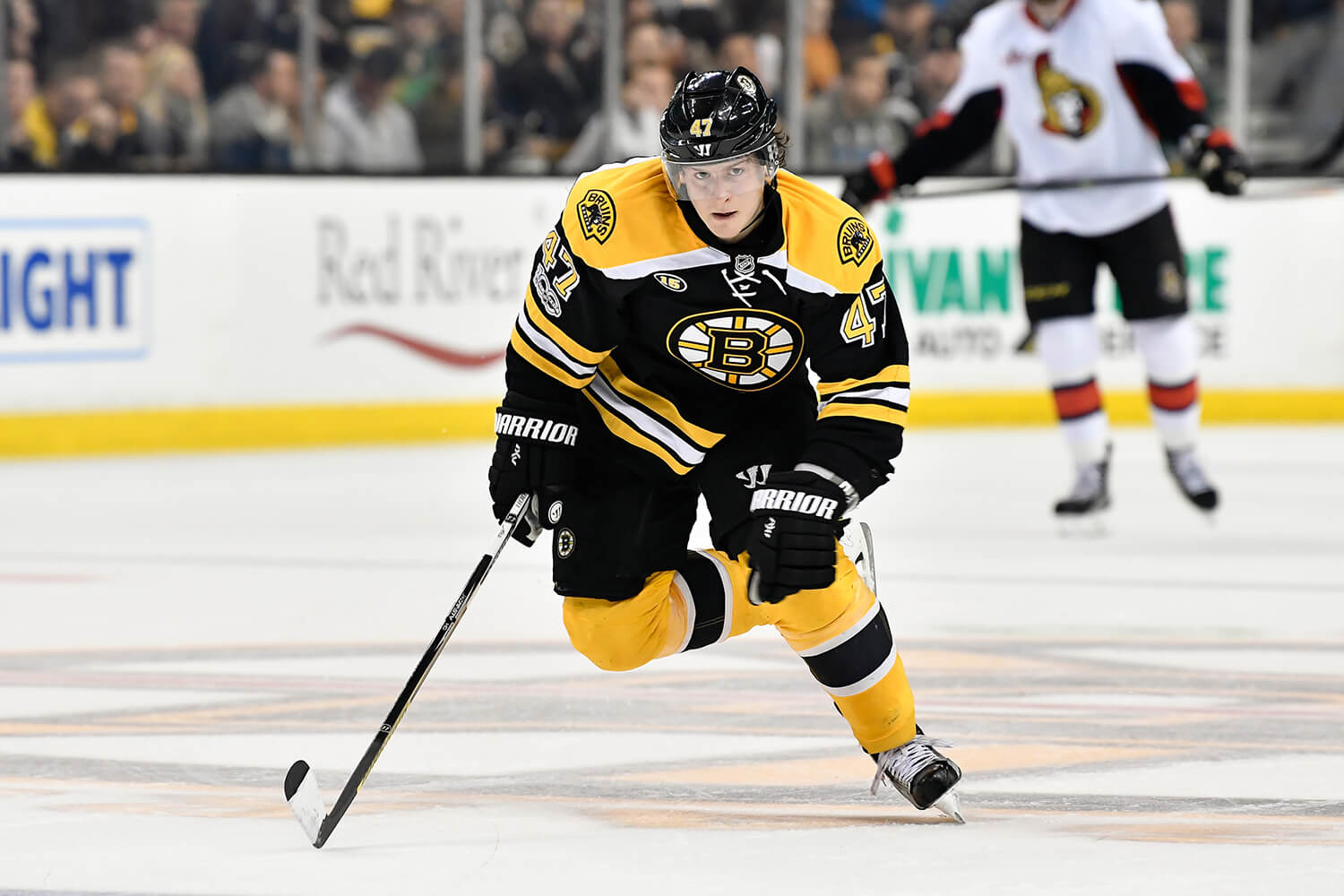 BOSTON – Tuesday night marked the start of a very important stretch for the Boston Bruins, and one that fans of the team have seen on previous occasions.

Not only did the B’s enter this night with just 10 games remaining in the regular season, but they also have an opportunity to exercise the demons of years past. Developing a reputation of being a poor home team down the stretch has haunted the Black and Gold for the last couple seasons. With eight of their final 10 games at TD Garden, this was the ideal spot for the Bruins because establishing a stiff presence on home ice is necessary for the playoffs.

Woah, playoffs? Not quite there yet. Business needs to be taken care of before that happens.

Freshly removed from a four-game Canada road trip, which included a grueling and controversial tilt the previous night in Toronto, the Bruins welcomed in the Ottawa Senators on Tuesday, a team that could very well be seen again down the road. Boston was still in search of its first win of the season against Ottawa heading into this game.

The Atlantic Division race is tightening up like never before, and these two teams are right in the thick of things. Only a few points separate Boston and Ottawa in the standings, so accumulating a full two points in this game could make the difference between playing out of the division or being a wild card team. Without question, the former is preferred.

Brad Marchand has emerged as a Hart Trophy (most valuable player) candidate with his stellar scoring output of 37 goals and 80 points thus far in the season. Although it would be nice to add that piece of hardware to the mantle, those aspirations will happen if they happen. He would be the first to admit that the success of the team takes precedent.

The same can be said for Erik Karlsson of the Senators. He is locked in a tight battle with Brent Burns of the San Jose Sharks for the Norris Trophy as the league’s best defenseman. Two of the National Hockey League’s best at their respective positions led their teams into a game that was very crucial.

What was interesting is that a minor lineup change could have sparked the Bruins into coming out strong. Unfortunately, that did not happen. The B’s fell behind early in the first period when Tom Pyatt beat Rask to put the Sens up 1-0. Despite the setback, Boston racked up numerous shots on Anderson and possessed the puck more often in the offensive zone. However, there were some glaring turnovers committed by the home team.

The Senators later took a bench penalty for too many men, which allowed the Bruins to tie the game on the power play. David Krejci blasted home his 21st goal of the year off a great pass from Ryan Spooner. The Bruins were able to put forth a solid effort breaking through in the neutral zone with the 1-3-1 defensive scheme of the Senators. Although that can result in some pretty dreadful and slow-paced hockey, it can certainly work in certain situations.

“I do not think that we had any issues getting through the neutral zone, which was something we talked about heading into this one,” said interim head coach Bruce Cassidy. “We wanted to get a lead on this team and bury our chances if we hoped to have a chance.”

Both teams were actually responding well to the physical tone set early on in this game. In the second period, that trend continued. The Bruins fell behind again when Kyle Turris cashed in on the power play and beat Rask with a shot from the point. The slow and sloppy start really hindered a promising period for Boston. Not exactly the ideal sequence of events for the Bruins, but a late surge gave them momentum heading into the final 20 minutes. Anderson was just too good during this stretch. Shots were 26-13 in favor of Boston after two periods.

Torey Krug capitalized on the power play—which the Bruins had to start the third period—with the game-tying goal. He weaved through the Senators defense all alone and slid the puck past Anderson for his seventh of the season. Ottawa reclaimed the lead after Turris deflected a Dion Phaneuf shot past Rask for his second goal of the game.

“The goal is to try and eliminate those sticks in front of the net,” said Brandon Carlo regarding the tipped shots. “Overall, you are going to get those chances and get some lucky bounces at times. It is unfortunate when those pucks go in.”

That truly seemed to be the theme for the night; whenever the Bruins clawed back into the game, the Senators were right there to snag any momentum away. Arguably, Boston was the better team on this night. It is all about results at the end of the day.

“You have to realize what’s done is done,” said Krug. “It really is a cliché, there are no moral victories. We have to find a way to get results.”

In a disappointing finish, the B’s dropped this game to the Senators by a final score of 3-2. Rask recorded 19 saves on the night. Another tough loss to accept.

The Bruins will play their next game this coming Thursday night against the surging Tampa Bay Lightning.

Side Notes: Anton Khudobin has won his last four starts and is undefeated in goal since Bruce Cassidy took over as interim head coach…Noel Acciari was recalled from Providence earlier in the week. He has recorded six goals and eight assists for 14 points in 30 games with the Providence Bruins…Zdeno Chara entered this game just two points shy of his 600th NHL point…Tim Schaller (lower body) has now missed the last six games…The Bruins entered this game with a 3-7-2 record in second games of back-to-back sets this season.