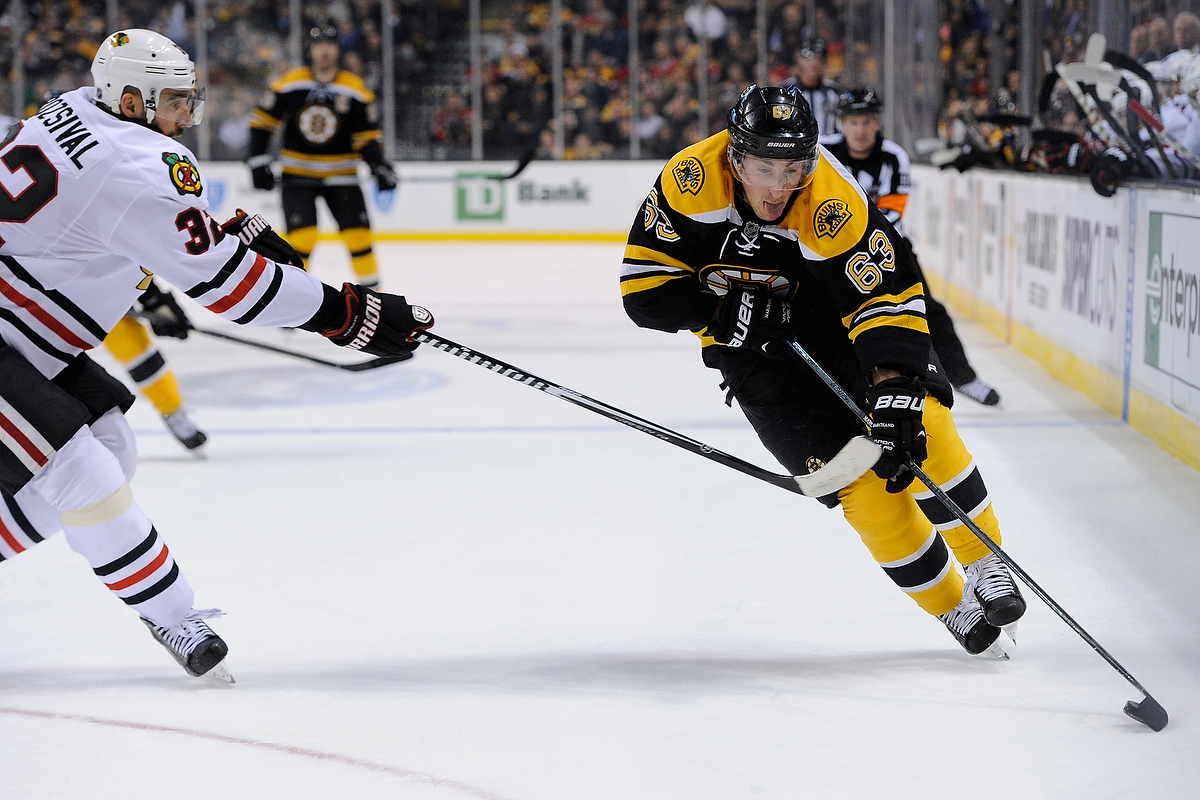 A staple in the world of Christmas movies is A Christmas Story. For the past fifteen years, TBS has let this beloved Christmas classic run for twenty-four hours, starting on Christmas Eve and running through Christmas Day. For Boston Bruins fans, it seems as if they’re watching a marathon as well, and despite that haunting photo of Bruins’ defenseman Zdeno Chara floating around the Internet, this one does not consist of a lovable kid in pink bunny pajamas.

Low scoring games and contests decided in overtime or by a shoot out have become the Bruins’ modus operandi as of late. 11 out of the Bruins’ first 37 games this season, including 4 of the last 6, have needed an extra period or a shoot out. The Bruins have scored 2 goals or fewer in 19 games this season. This is a big change from last year when the Bruins were third in the NHL in scoring with 261 goals, for an average of 3.1 goals a game.

A key reason for Boston’s offensive woes is a lack of a bonafide first line right winger. There has been a revolving door of right wingers on the Bruins’ first line; from established, past their prime veterans to baby faced call ups from AHL affiliate Providence. Nothing has seemed to work for the Bruins.

“I like players that come to play every night, even if they don’t play well,” said Bruins’ head coach Claude Julien. “Its guys that you can rely on that are going to give you a chance.”

The inconsistency of the Bruins’ offense has been their one consistency this season. Brad Marchand leads the team with ten goals. It took thirty-five games for the Bruins to get a double digit goal scorer on their team. The current NHL leader, and former Bruins winger, Tyler Seguin has 25 goals and 42 points.

The Bruins exploded for 5 goals tonight against the Nashville Predators, something they’ve done only three other times this season. Marchand scored 2 goals, his third multiple-goal game of the season, just reiterating how inconsistent this team is.

“When we have parts in place I guess and give Cunny [Craig Cunningham] a lot of credit, he brought a good work ethic to the Krejci line tonight. He was able to make some plays as well so he certainly gave us some good balance there with that line,” Julien said, elaborating on the play of the first line.

The Bruins’ first line played well but they got the majority of their offense from their second and third lines, specifically Marchand and Loui Eriksson, who each scored twice.

“In the past we’ve had a few guys who have always produced early on,” Marchand said commenting on the lack of offense, “but I think it is coming around now, you know. See how many goals Loui [Eriksson] has in the past few games and Smitty [Reilly Smith] has been scoring a lot lately too. That’s what we need and better late than never and hopefully we can continue that.”

The Bruins will enjoy the next three days off and will resume play on December 27th, when they take on the Columbus Blue Jackets. Hopefully they can build off of this offensive out break and continue to find ways to put the puck in the net.