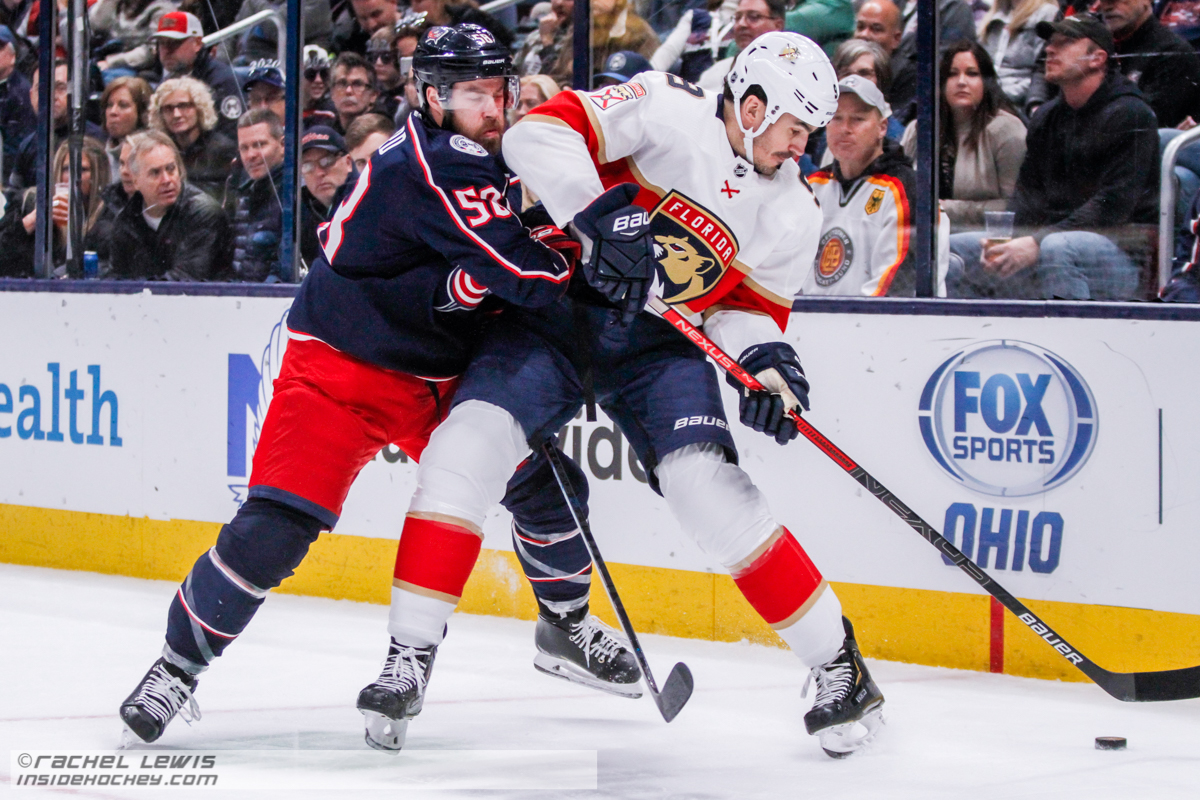 Boyle Looking to be Effective for Florida

X-Factor’s, Black Ace’s or Dark Horse. Take your pick of what to call them, but be prepared to call on them.

As the 2020 Playoffs are due to get underway this weekend, we’ll get a look at how teams will step up their game following training camp and a lone pre-season game. Amidst the uncertainty and utter uniqueness of this time in sports and life, it might be more important than ever to lean on players who have lived just a bit more life and played just a bit more games.

The Panthers had a rather pedestrian showing versus their inner-state rival, Lightning in a 5-0 exhibition loss on Wednesday. Unable to cash in on four power play opportunities, Florida was equally inept at slowing down Tampa’s offense despite the absence of Steven Stamkos (unfit to play) and Victor Hedman (did not travel to the bubble due to personal reasons). Brayden Point picked his game right up from where it left off in March, as he netted both goals in the first and added a pair of assists in the route.

It was an already frustrating afternoon in a game that seemed to match the physicality of a regular season affair, perhaps most notably when Tampa’s Mikhail Sergachev took a swing at the back of Brian Boyle’s legs leading to a not-so socially distant moment.

WE'VE GOT OURSELVES AN EXHIBITION GAME SCRAP. 🥊 pic.twitter.com/5ul12ckjLf

If the Panthers win their qualifying series it would mean Boyle has another crack at winning a Stanley Cup. His scrap with Sergachev was an encouraging sign after an injury sustained about a month before the pause kept him out indefinitely. He’s worked with the trainers since the start of the pause though and should be a person of interest to this Florida team absent a ton of playoff experience.

At 35, you could say Boyle has already had some trying life experiences. Shortly after signing with the Devils in 2017, he was diagnosed with chronic myeloid leukemia. He played most of the 2017-18 season while undergoing treatment, scoring 13 goals and was awarded the Bill Masterton Award for perseverance and dedication to the sport at the end of the season. A little over a year after his diagnosis, Boyle announced his cancer was in remission. His drive to compete while chasing a Cup remains just as evident and with 114 postseason games to his name, he’s still chasing a Cup after he and teammate Anton Stralman fell in back-to-back Finals with the Rangers in 2014 and Lightning in 2015. The two are no strangers to May/June hockey having played in at least the Conference Final in three of four seasons between 2012 and 2015. Stralman, who signed a multi-year contract with the team on July 1 is the only other player on the club with more than 100 playoff games in his career. The signing of Boyle in mid-October was meant to add veteran experience and stabilize Florida’s middle-ice depth.

With a qualifying round versus the Islanders separating them from their first playoff appearance since falling to New York in 2016, Boyle’s experience is needed now more than ever. One thing a veteran with his experience knows is how he has to play.

“It’s got to be all out,” Boyle said. “For me, I have to play a certain way to be effective and if I can’t I’m not effective. The trainers did a lot of work to help me out quite a bit, even during the beginning of the pandemic through Zoom and all that stuff trying to do some exercises and be able to push myself.”

Jonathan Huberdeau and Aleksander Barkov, who led the Panthers this season with 78 and 62 points respectively, have combined for six points in six postseason games. Boyle which makes the presence of Boyle on Wednesday another welcomed addition.

“For me, I want to be able to play well,” he said. “It was a good sign, I think physically at different points in the game in terms of decision making and plays to be made and kind of prove what energy and strength–it’s a good sign.”

Joel Quenneville, who is looking to get the Panthers into the playoffs in his first season behind the bench after helping the Blackhawks win three cups in six seasons–a modern day dynasty–has had his share of veteran presence around his clubs en route to some hardware.

“His intangibles are really effective for us,” Quenneville said. “He brings that leadership and that dimension of ‘hey, can’t be happy with the position we’re in in the middle of that game,’ but everything going into games, the approach in practices and how he approaches his teammates and the importance of winning and try and be a winning team is all of what he’s about. We need people like that around here.”