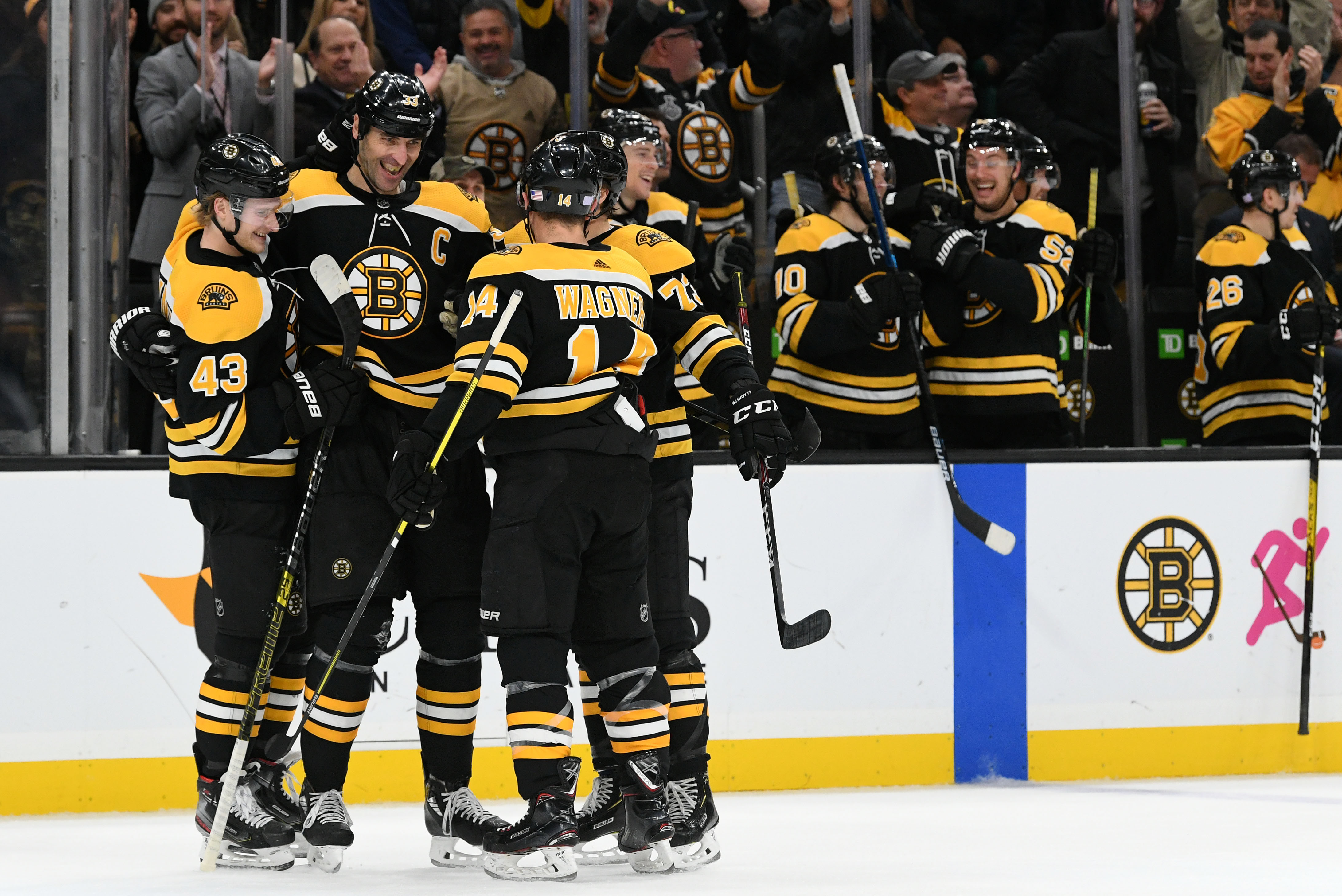 The holidays are right around the corner, the Boston Bruins have a wishlist of their own.Five games remain before the turn of the year, and the Bruins rank second in the NHL with a 21-7-8 record.

So, what would be on an ideal wish-list for the Bruins going into the new year? Here are a few ideas.

While the Bruins currently rank third in the league on power play with a 26.1 percent success rate, it does not feel that way these last few games.

Bruce Cassidy has mentioned before about switching forward Danton Heinen between the two power play units, but it all depends on what the opposition looks like; do they play away from their net with their defense? Cassidy has talked to Heinen before about what his role on the player advantage is; having a front-net position, and that he can use his feet to redirect a shot as long as there is no kicking motion. This play paid off in the game against the Los Angeles Kings last Tuesday night, as Heinen used his right foot to redirect a low shot to the lower right post and in to tie the game in the first period.

The Bruins tried to put DeBrusk in that position, but they did not have much luck. Therefore, Cassidy said that going forward Heinen will be in that position more often against the types of kills like the Kings put out Tuesday night. Then maybe, just maybe, the power play will heat up for the second half of the season.

There is an obvious hole on the second line, and the Bruins have struggled to find a winger that will stay put with David Krejci and Jake DeBrusk. Cassidy has tried a number of players over the course of the season so far; Heinen, Coyle, Bjork, Ritchie, just to name a few.

Prior to the game against the Kings, forward Ilya Kovalchuk became a free agent. On Monday Dec. 16, he was placed on unconditional waivers, and then cleared waivers. Since then, there had been rumors that the Bruins were interested in the 36-year-old veteran. These rumors came about when Kovalchuk said he would be willing take the minimum contract to play for a cup-contending team.

However, not everyone is sold on the ex-Devil. It also appears that the talk has died down in regards to the Bruins being a runner for Kovalchuk. If that is deemed the case, then what should the Bruins do going forward? The Bruins should look into finding a consistent player to bring to the second line, even if that means moving a few players or prospects.

Jaroslav Halak became the recent goaltender to reach 500 NHL games when he suited up for the game against the Carolina Hurricanes on Dec. 3. Cassidy has been flipping Tuukka Rask and Halak almost every other game, the most that Halak has sat being three straight games. So far this season Halak has put up a 2.26 GAA, while Rask has recorded a 2.29 GAA. While Rask has not been playing great as of late, the dynamic duo have been a huge factor into the Bruins success in the first half of the season. Going into the new year and the late half of the season, it would be ideal for Cassidy to continue to somewhat split the time between the two, something he did last season as well.

Coyle has commented about the chemistry he has with his two line-mates in the past, saying that him and his teammates do a lot of talking and that has contributed to their success as a line. Cassidy has also voiced that he wants to have Coyle permanent on the third line, but it is evident that this can only be done if the Bruins find their second-line right winger.

The Bruins entered the season with Kevan Miller as an injured, non-roster player due to knee injury. He was placed on the long-term injured reserve on Nov. 4. So far this season through 35 games, the Bruins have had 161 man-games lost to injury or illness.

Thankfully as of late, the injury bug has cooled down for the Bruins. Hopefully injuries will continue to decrease, and players who have been injured for a long time come back soon. If there was one thing that the Bruins should really wish for this new years, it’s that injuries will not become an issue like they were last season.