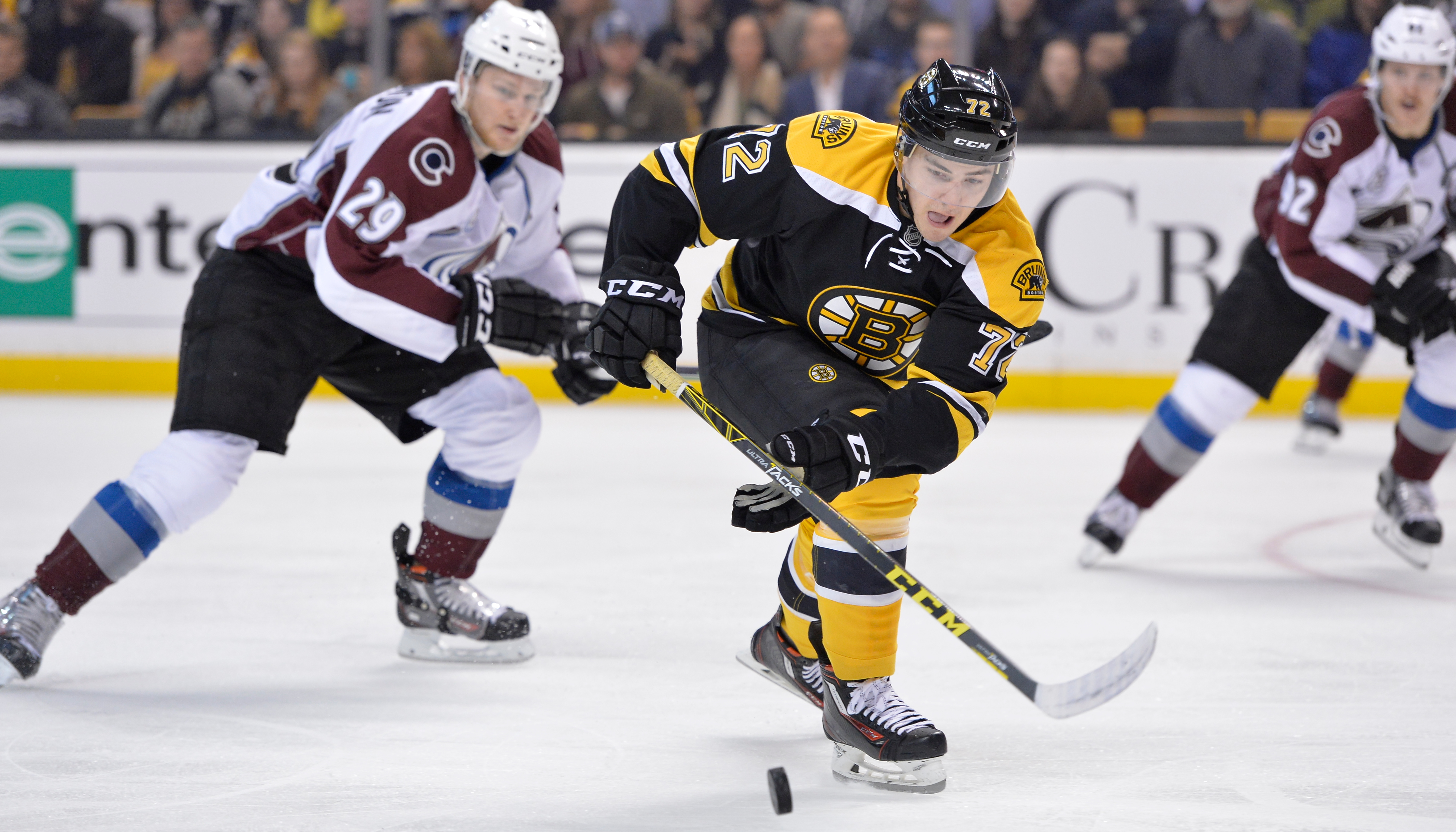 The Boston Bruins have a completed almost two full weeks of training camp as well as three preseason games. With another tilt scheduled for Saturday night against the Philadelphia Flyers, the B’s have yet to be fully represented out on the ice so far this summer.

The World Cup of Hockey took away a couple key players from the Black and Gold, including Zdeno Chara, Patrice Bergeron, Brad Marchand, and David Backes among others. Although it is not necessarily a dire loss for these veterans to miss a handful of tune-up games in the preseason, the guys will have to play a little bit of catch-up in order to develop chemistry with some of the younger talent.

Speaking of which, the Bruins will have a number of difficult decisions to make before the start of the regular season on Oct. 13. This has been one of the most competitive and intriguing training camps in recent memory for this team.

There will be a handful of young kids that have already begun to make a strong case for themselves to be included on the opening night roster. Here is a closer look at three of these players:

An attendee of the University of Denver, the 6-foot-1, 190-pound winger was selected in the fourth round of the 2014 draft. Even though he only attended school for two years, Heinen had developed a reputation across the NCAA as a high-impact goal scorer. He posted 48 points in 41 games during his sophomore season. Heinen has also played a handful of games with the Providence Bruins last season, in which he recorded a pair of assists.

Heinen has the ability to play both wings despite him being a left shot, similar to Loui Eriksson. Through three preseason games this year, he leads the team with two goals, including a highlight goal from his backhand while on his knees this past Friday night. The right-wing position needs to be looked at through a microscope this preseason because the Bruins are desperate for some scoring depth on that side. We should expect Heinen to get a long look from the Bruins in the coming weeks.

Even though this kid is considered undersized (5-foot-9, 167-pounds) for an NHL center, he has always played with a heart the size of the crest on his sweater. Austin Czarnik, 23, made a great impression with the team last training camp. He followed that up by posting 20 goals and 61 points in Providence during the 2015-16 campaign.

Yes, the Bruins are incredibly deep at the center position. However, with the injury to Noel Acciari (lower-body), that can open the door for Czarnik to close in on the fourth-line center spot. The league is getting younger and more skilled, and he would be perfect in that role. The injury to Acciari is not considered to be serious, but his absence might be just long enough for Czarnik to sneak in and claim a roster spot.

There is no need to keep beating a dead horse, but the Bruins need young defensemen. Plain and simple.

Brandon Carlo has been highly touted by Boston ever since he was drafted 37th overall in 2015. He is considered one of the best prospects in all of hockey and he has very few negatives to his game. He has the size, play-making ability, strong defensive presence, and intelligence that leads to great decision making with the puck. So far this preseason, he has assumed a top-paring role and has been the B’s most consistent defenseman through training camp.

Carlo should be able to push for a roster spot all the way to the very end. If he does not make the roster on opening night, we should expect to see him up with the big club at some point this season.

The first round of roster cuts for the Bruins will take place on Sunday.