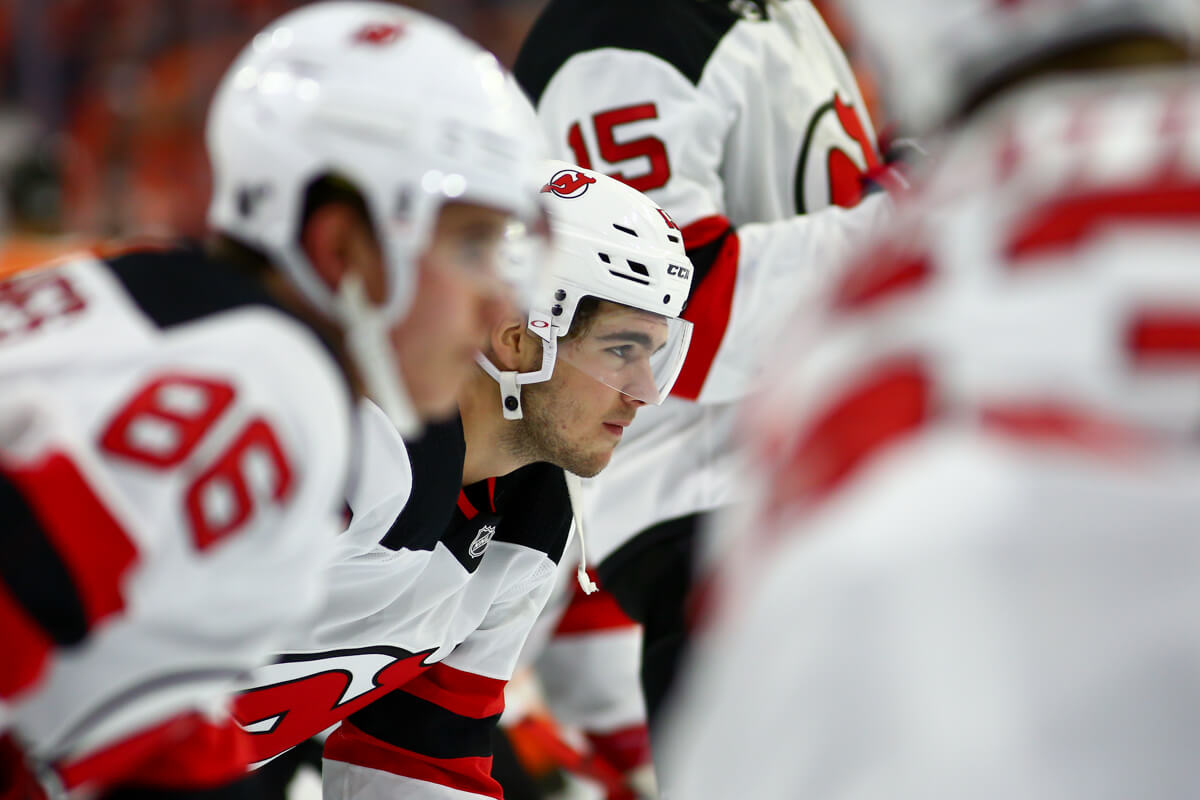 Unforgettable NJ Devils is an oral history of the Devils franchise told from a very unique perspective: not from the eyes of the Devils players, coaches, or front office people (although some of the people who shared their stories in this book used to play for the New Jersey Devils) but from the perspective of those men and women from the Fourth Estate who have covered the team for decades. Each of the pundits featured discuss their career paths, their favorite Devils games, and their fondest memory of covering the team.

Imagine someone had written an oral history of the Toronto Maple Leafs based on the memories and insights of broadcasters Foster Hewitt, Brian McFarlane, and Bill Hewitt along with those of writers Red Burnett, Milt Dunnell, Jim Vipond, and Trent Frayne? Or an oral history of the Montreal Canadiens? As told by Dink Carroll, Red Fisher, Elmer Ferguson and the late Danny Gallivan, Dick Irvin Jr., and Rene LaCavalier?

(It’s a loss to hockey history and hockey literature that no one ever attempted to write such books like that. Both would have been a fantastic reads when you think about it?)

Matthew Blittner writes with the raw exuberance of youth. There is a free-wheeling roller-coaster feel to the narrative and there are moments when Blittner goes over the top (which sometimes proves to be a tad jarring and/or disorienting to the reader).

Matthew covers the waterfront when it comes to New Jersey Devils media: the voices and writers from print journalism, TV, radio, and the internet are given a platform to expound on their love for the Devils and the game itself.

Blittner gets valuable perspectives from Hockey-Hall-of-Fame inductees Mike “Doc” Emrick and Larry Brooks along with Stan Fischler (who should be in the Hockey Hall-Of-Fame as a journalist and historian but isn’t!)

Larry Hirsch (the radio voice for the Devils) talks about how and where he developed his distinctive intro for all Devils games.

Some of the great moments in New Jersey Devils history are chronicled here: the Yellow Sunday incident of 1988; the 1994 Easter epic playoff game vs. the Sabres; the night Martin Brodeur surpassed Patrick Roy on St. Patrick’s Day 2009 as the winningest goal-tender; and game six of the 2012 Eastern Conference finals when Adam Henrique scored the game-winning goal to clinch the Eastern Conference title for the Devils.

There is also the charming vignette told by Corey Masisak from The Athletic about the Devils first European trip where they went to Switzerland and played SC Bern (Devils phenom Nico Hischier’s old team) Masisak relates how he visited Hischier’s home village of Naters in the Swiss Alps and met with his family.

Still, what’s striking are the memories that are missing from the narrative.

There isn’t one word or insight about the firing of Robbie Ftorek on the eve of the 2000 playoffs; not one word about the late Pat Burns or the 2003 Stanley Cup season; no additional morsels about Jacques Lemaire’s coaching genius or Lou Lamoriello’s managerial genius or even more stories about covering the players themselves: which players were accessible or entertaining or even inaccessible to the press.

After all these pundits saw the coaches, the front office staff, and the players up close and personal and the absence of greater details about these key characters is a bit odd.

One wishes that Blittner had done more to explore these aspects in greater depth.

But the book is not solely about what the Devils did on the ice or in the locker room there is another valuable sub-theme to this book as well: how does one become a hockey journalist?

What are the paths, by-paths, highways, and by-ways one has to take in order to become the people who write the first rough drafts of hockey history game-after game; season after season; decade after decade?

Again, one wishes that Blittner had explored this area with a little more detail and texture.

Unforgettable Devils should also be seen as a quick how-to book for any youngster who aspires to become a sports journalist someday. It serves as inspiration that if you are willing to take chances, be industrious and available and flexible, and be willing to go anywhere to fulfill your dream then the path to the broadcast booth or the newsroom or the TV studio is not closed.

And for any young person reading Matthew Blittner’s book that is something to aspire to!