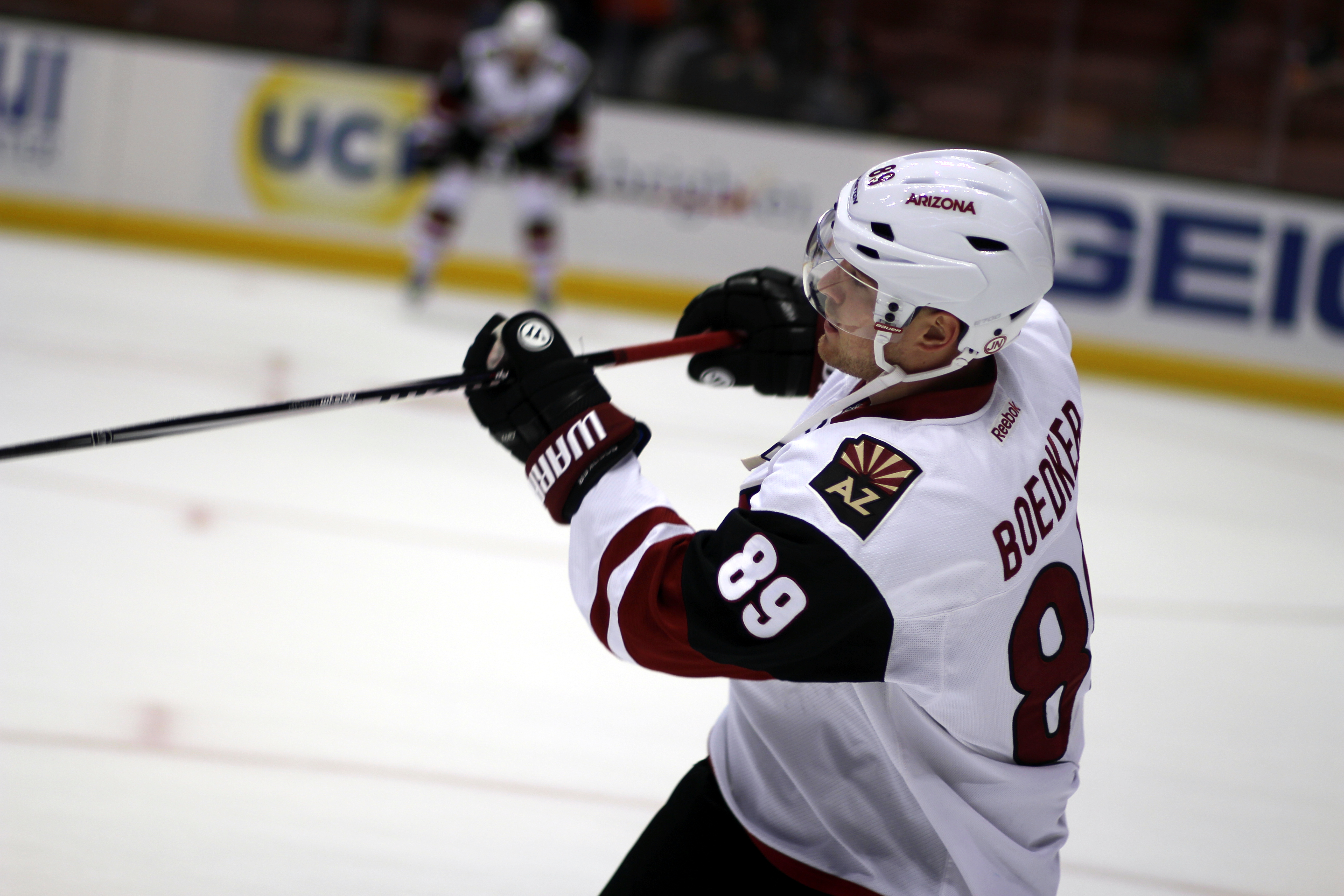 Mikkel Boedker netted a hat trick and ended a 28-game goalless drought dating back to Nov. 1 as the San Jose Sharks beat the Edmonton Oilers 5-3 at Rogers Place on Tuesday night.

Two members on the Sharks’ fourth line contributed to their first goal of the game. Boedker put a rebound of a shot by Melker Karlsson past Cam Talbot for his fourth goal of the season, giving the Sharks a 1-0 lead at 1:39 into the opening period.

Benoit Pouliot set up Drake Caggiula, who slipped a backhand shot past Martin Jones for his third goal of the season, tying the contest 1-1 at 15:53.

Patrick Maroon was called for holding the stick at 17:38. Just as Maroon’s penalty expired, Brent Burns fired a shot from the point through traffic and past Talbot for his 16th of the season. The Sharks grabbed a 2-1 lead with 18 seconds left in the period.

The Sharks’ fourth line continued to make magic early in the second period. Boedker finished off a passing sequence from Karlsson and Burns. Boedker then blasted a loose puck into a vacant net to extend the Sharks’ lead to 3-1 at 2:24 with his second of the game and fifth of the season.

Boedker continued to turn heads with a shot from the left point that trickled through Talbot’s pads for his third of the game and fifth of the season, expanding the Sharks’ lead to 4-1 at 8:55.

The Oilers tried to mount a comeback, but the Sharks defense managed to hold them off.

Just 22 seconds into the final period, Matthew Benning fired a snap shot to beat Talbot on the first shot on goal, allowing the Oilers to cut the lead in half 4-2.

The Oilers made it a one-goal game when Oscar Klefbom fooled Jones with a quick snap shot for his his seventh of the season at 3:45.

But a relentless Sharks squad slowed the Oilers down. The Sharks took a 5-3 lead at 5:06 on Logan Couture’s 13th of the season. Couture got the puck, raced towards the net on a breakaway and the puck caromed in off his skate as he tripped. The Oilers challenged the play, but the officials said it was a good goal and determined there was no distinct kicking motion by Couture.

Talbot made 23 saves in a losing effort for Edmonton.

Notes
Marc Edouard-Vlasic returned to the Sharks’ lineup after being hit on the face by a puck on a slap shot from Flyers defenseman Shayne Gostisbehere on Dec. 30. Vlasic linked up with Justin Braun on the Sharks’ second defensive pairing.

Up Next
The Sharks head to Calgary to face the Flames on Wednesday night at 7:30 p.m. MST. You can catch the game on CSN-CA, SN and SN1.