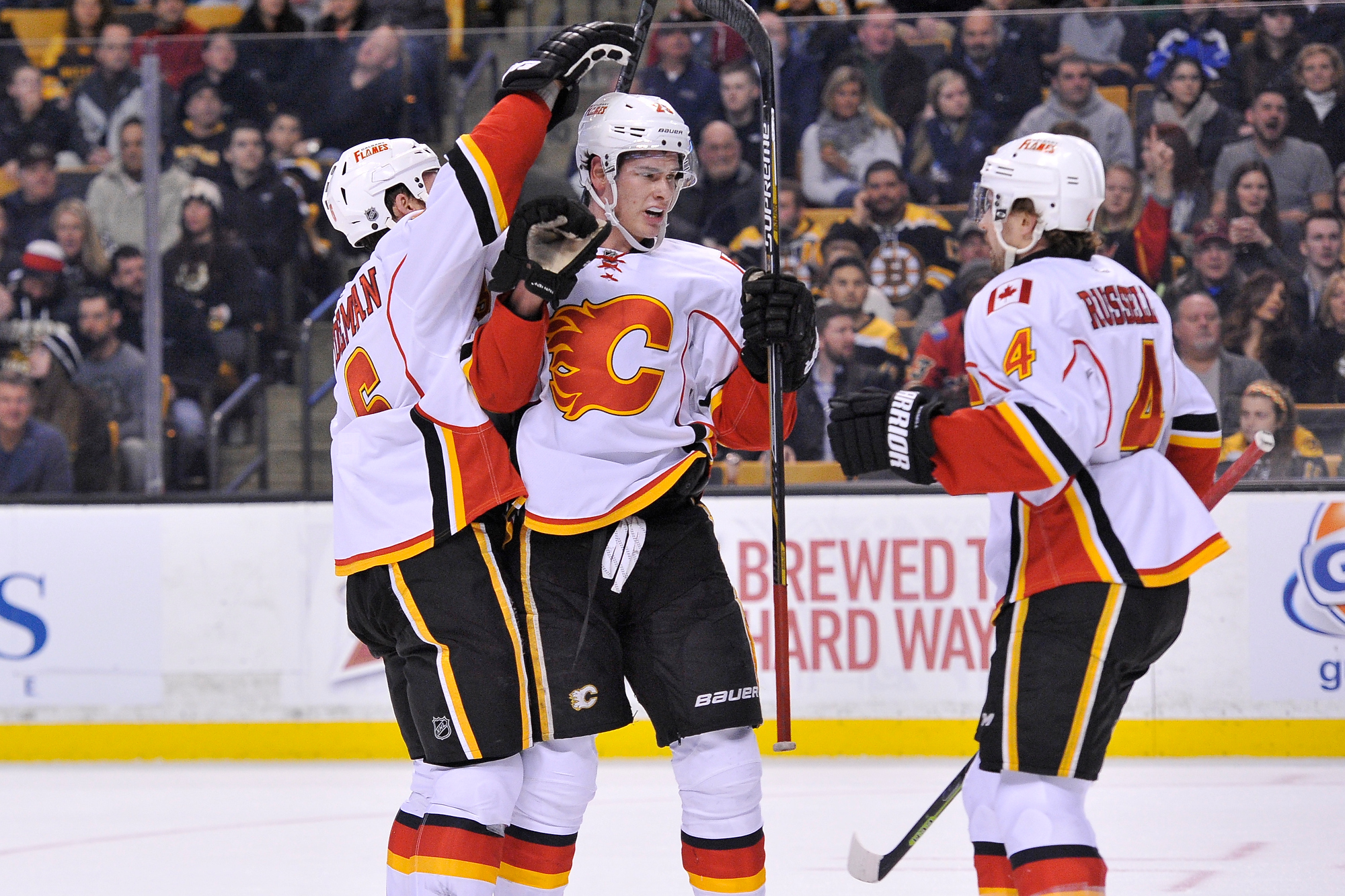 Bob Hartley: Reigniting the Flames and a Career

After playing like hell with the fire out for the past five seasons, the Calgary Flames have started to burn anew. Led by sharpshooter Jiri Hudler and the defensive dynamic duo of Mark Giordano and T. J. Brodie, the Flames are nestled comfortably in Western Conference playoff competition: in third place in the Pacific Division; and in fifth place in the Western Conference.

For long suffering Calgary fans this season has been a badly needed pick-me-up after a miserable quinquennium that saw the Flames endure two losing seasons and no playoff appearances since 2009. Even worse the Flames haven’t reached the Stanley Finals since 2004 and haven’t won the Cup since 1989. During the long years the Flames tried a wide variety of coaches from the Sutter Brothers three: Brian, Darryl, and Brent to Mike Keenan, all to no avail.

Even present-day Flames coach Bob Hartley endured a cruel baptism of fire in his first two years at the helm. According to my rating system, Hartley lost six points off his coaching value and was reduced nine places in rank on my top-fifty list. Bob Hartley’s reputation as a coach is on the line but just like he did with the Atlanta Thrashers (now the Winnipeg Jets) in the 2000s Hartley has gotten the Flames to play like contenders. It took Hartley three seasons to make Atlanta winners and contender. In his third year in Calgary, history is repeating itself.

In classic Bob Hartley mode, the Flames have the third best offense in the NHL. In addition to Hudler, Giordano, and Brodie, center Sean Monahan and blue-liner Dennis Wideman supply the firepower. Giordano and Brodie (when they’re not scoring) along with wingers John Gaudreau and Curtis Glencross pour gasoline on the Flames’ offense with their superb playmaking skills.

If there is a weakness with the Flame’s it’s in penalty-killing. The Flames are near the bottom of the NHL in that regard but Calgary has compensated for that weakness with respectable though not spectacular goal-tending. Free agent acquisition Jonas Hiller and back-up Karri Ramo have manned the pipes with their solid play. Ramo, in particular, although manning the nets only 40% of the time has made the most of his minutes.

Bob Hartley with his characteristic intensity and grit has gotten the Flames roaring again and they have maintained their winning ways despite injuries to veterans Mikael Backlund, Mason Raymond, and Joe Colborne. Calgary is skating below the NHL radar while making a statement to the rest of the league that they are back and ready to fight for the Cup. The challenge which lies ahead is whether Bob Hartley can help Calgary overcome its penchant of always fading in the final stretch of the season. Not counting the last two seasons, Calgary always played mediocre hockey in the final weeks of the regular season—which was the main reason why they never reached the playoffs—and Hartley’s major challenge is to help the Flames overcome this weakness.

For Bob Hartley personally this season is his golden opportunity to regain the ground lost during the past two years; to reestablish his reputation as one of the great coaches in the NHL. Next year will be 14 years since Hartley led the Colorado Avalanche to the 2001 Stanley Cup. Some may have forgotten that Hartley was one of the finest coaching stars in the NHL coaching galaxy but this season is his chance to remind skeptics once more that he has the goods to build a winning team.

Guiding Calgary to the playoffs and beyond is the first step towards what could be a glorious restoration of an esteemed NHL coaching career.