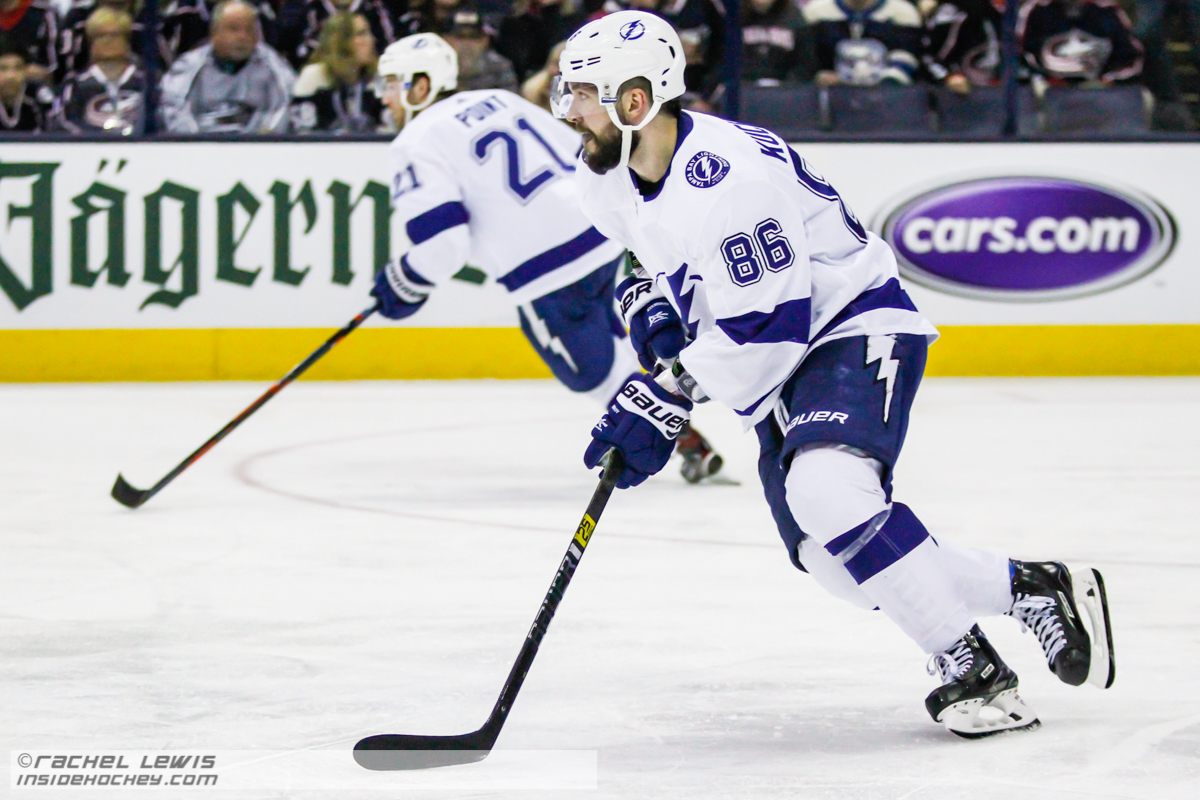 Sundqvist collected an errant puck deep in the Blues zone and skated up the ice and pushed a short-handed goal past Tampa Bay’s Andrei Vasilevskiy at 5:31 in the second period to tie the game at 1-1.

Just over three minutes later, Barbashev picked up his second assist when Tyler Bozak wedged the puck off of the blade of Brayden Coburn. Sundqvist collected it and fired as St. Louis went up 2-1 at the 8:40 mark of the second period. Sundqvist suffered a lower-body injury late in the second and did not return to the game.

“We just scored one on the power play and then gave one up quickly,” said Lightning center Brayden Point. “It hurt for sure. We rallied back and stayed with it and did a good job on the 5-on-3 there.”

It was a quiet first period with nary a power play, but the dam broke in the second when Nikita Kucherov took a face-off from Brayden Point and lashed a slapper in the five-hole on Jordan Binnington for a 1-0 Tampa Bay lead at 3:53.

It was short-lived though as St. Louis center Oskar Sundqvist made his mark on the game.

Anthony Cirelli would be heard from later in the period when he dove for a rebound and caught Binnington lying on the ice. Off of his dive, Cirelli scored his sixth goal of the season to tie the game at 2-2 as St. Louis defenseman Colton Parayko even dove behind Binnington to try and stop Cirelli.

St. Louis took the lead for good at 8:21 in the third period when winger Zach Sanford skirted the puck past Tampa Bay goalie Andrei Vasilevskiy’s glove for a 3-2 lead.

Some 2:46 later, the Lightning took two penalties 18 seconds apart when Alex Kilorn and Yanni Gourde was assessed a slashing and a tripping penalty, respectively 16 seconds apart.

The remnants came quickly as Blues center Brayden Schenn scored from the lower half of the right face-off circle for an insurmountable 4-2 lead.

The Lightning made it interesting late with a goal from Brayden Point at 14:23. Tampa Bay pressured Binnington late as they had three mix-ups at the net in the last minute of the third period with the extra attacker.

“They did a good job of clogging up the front of their net,” Point explained. “We had some chances but their goaltender had some great saves.”

Tampa Bay saw it’s three-game winning streak come to an end as the Lightning have also lost their last four to the Blues (0-3-1).

“That was a pretty good hockey game with two good teams going at it,” said Tampa Bay coach John Cooper. “In the end, they got us on special teams side of things. We each got a power play goal, but they got a shortie.”