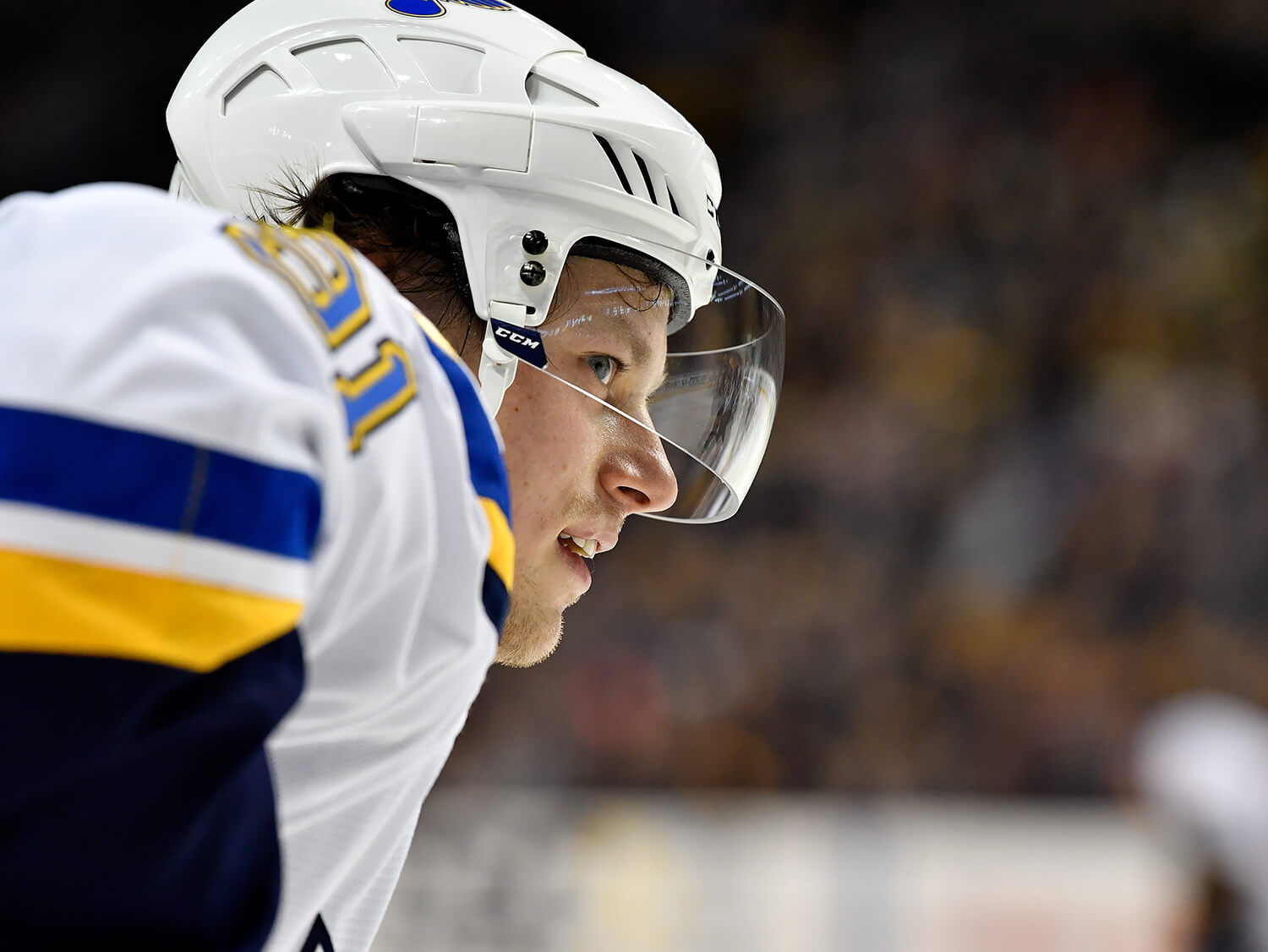 Blues Off to Hot Start

NEWARK, N.J.– The Blues are doing more than just surviving the rash of injuries prior to the start of the regular season, they’re thriving and Tuesday night versus the Devils was no different as they skated away with a 3-1 victory.

St. Louis tallied its eighth-straight win over the club. Goaltender, Jake Allen stopped 21 of 22 shots while improving to 6-0-0 in his career versus the Devils.

The Blues top line of Brayden Schenn, Jaden Schwartz, and Vladimir Tarasenko each netted a goal in the contest after New Jersey’s Blake Coleman opened the scoring 3:35 into the first period on Brian Boyle redirected pass.

The Blues came alive 18:57 into the second period though when Tarasenko was able to walk in after a nice pass from Schenn beating Cory Schneider to tie the game.

St. Louis would add a pair of goals in the third as just 32 seconds into the game on a carry-over power play, Schwartz found the back of the net. Then, with the net empty it was Schenn who put the game away 19:03 into the period.

The 12-3-1 start is the best in franchise history for the Blues. What’s been the key to its success? Part of it is its top line that was on full display Tuesday night.

“Obviously Vladdy is a shooter and can score pretty much at any given time,” Schenn said. “Schwartz is so good on the fore-check and at seeing the ice and taking away pucks. I feel like the three of us complement each other, but at the same time we’re 12-3 (25 points) and it’s just not our line that is getting the job done. We’re working in five-man units, working as a team, and that results in winning hockey.”

It’s not just the offense contributing to the scoring this year the Blues have 17 goals from their defensive units early in this season already. Which is an immense improvement from last years 35 goals total all year.

The ability to continue the pressure after taking a lead has also been another huge key to their victories.

“This year we want to get a lead and finish, we want to do that,” Schwartz said.“ There were times in games last year where we sat back a little bit and we’ve learned from that. Can’t allow teams to gain the neutral zone with speed.”

The Devils, who had five penalties on the night seemed to unravel after the go-ahead goal and were outshot 19-4 in the third and 40-22 in the game.

“It’s definitely important, especially on the road,” Schenn said of the Blues 19 shots in the final twenty minutes. “You still want to fore-check hard, try to hang on to the puck down low and make plays. Also obviously limit turnovers, but at the same time still generate chances. I think we did a good job of that tonight.”

The Blues entered the game having allowed a league-low five goals in the first period but seemed to be off to the slowest start all year, not getting a shot on goal until seven minutes into the game and allowing the Devils to strike first. The Blues seemed to find their game as the night went on.

“I thought we dialed up our pace and our intensity in the second period,” head coach Mike Yeo said. “We could feel that things were starting to shift. That (Tarasenko) goal obviously was big for us going into the dressing room, but I think we felt it was coming a little bit before that, too. We put up a number of shots (39) tonight. I thought their goalie was really good. We generated a lot of scoring chances, especially considering our first period.”

The Blues will look to continue their hot start as they return home for a pair of games with the Coyotes on Thursday and hosting the Islanders on Saturday.