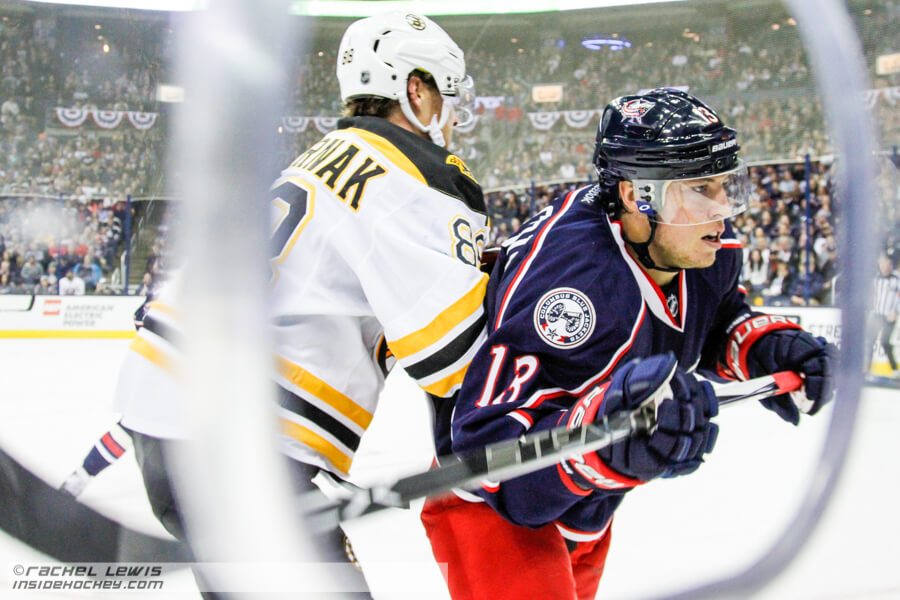 With 25 games remaining in their regular season, the Columbus Blue Jackets are near the top of the National Hockey League (NHL) standings with the NHL’s 4th best record at 37-15-5, buoyed by a franchise record 16-game winning streak, which was also the 2nd longest winning streak in NHL history.

As no one expected the rarified air of such a historic streak to continue, since the streak ended, the Blue Jackets have gone 10-10-1 in their last 21 games since the winning streak ended.

And while they sit in a solid position to possibly obtain home-ice advantage for a 1st round playoff series, in the brutal Metropolitan Division, where 4 of the NHL’s 6 best records reside, the Blue Jackets need to find another gear to ensure that positioning, not to mention getting their ‘mojo’ back and some momentum for the Stanley Cup playoffs.

During their 10-10-1 stretch, they’ve won two consecutive games twice and have lost two games in a row twice so they’ve been unable to get some traction during that period.

So, what have been the reasons for the stagnant overall play since the historic 16-game winning streak?

Goal Differential
Advanced metrics like Corsi and Fenwick seem to be all the rage but, it still often comes down to goal differential. And, in their last 21 games played, the Blue Jackets had been outscored by their opponents, 60 goals for and 65 goals against, a 5-goal deficit. Prior to their last 21 games played, they outscored their opponents by a 50-goal margin over 37 games (27-5-4 record).Looking further into both the offensive and defensive statistics – goals for and against over the past 21 contests, while the Blue Jackets are scoring nearly 2.7 goals per contest, it has been a drop-off of nearly 3/4ths of a goal from their prior lofty goal totals per game. On the defensive side, while the Blue Jackets are also 5th in goals allowed per game (they rank 5th overall in goals scored/for per contest), they are allowing nearly a goal more per game overall the last 21 from their prior 37-game statistics.

Plenty of Blame to Go Around
While Cam Atkinson has continued his prolific scoring and overall play, the rest of the team, as a whole, have all seen a drop in their overall performance. Goaltender Sergei Bobrovsky has seen his overall performance take a slight dip and, whether fair or not, the Blue Jackets’ fortunes rise and fall with Bobrovsky’s play in net. It has been encouraging, lately to see Bobrovsky showing signs of his earlier-season form. Offensively, a few other examples demonstrate a dip in offensive stats as well as the +/- rating: captain Nick Foligno, through 36 games played, had 13 goals, 21 assists for 34 total points and a +9 +/- rating. In his last 21 games played, Foligno has 7 goals but only 1 assist and his +/- numbers have dropped to a +3 +/- rating; Sam Gagner, who was one of the surprise free agent acquisitions during the off-season, soared during the first -32 games played with 14 goals scored; however, he hasn’t scored a goal in 24 games since although has assisted on 9 goals during that span. Gagne’s return to form would certainly help the lower forward lines as well as the secondary scoring as would William Karlsson who is goalless in 22 consecutive games.

Special Teams
While the Blue Jackets’ power play ranks 3rd in the NHL in proclivity, converting at a rate of 23.3%, they have struggled with the man advantage, coming down from a conversion rate above 28% and previously pacing the NHL in that category. However, the penalty kill (PK) has been a bigger source of concern as they have dropped to 15th in that category. If there is a positive, when compared to last season, the Blue Jackets have taken far less penalties then last season, ranking 25th in the NHL in time shorthanded (TSH), when they ranked 5th in the NHL in TSH. So, while the PK has waned a bit in effectiveness, they have steered clear of head coach John Tortorella’s ‘doghouse’ for incurring ‘stupid penalties’ as was the case, last season.

Abandoning What Works
During the 16-game winning streak, the Blue Jackets were a tight-checking team who created scoring chances via their forecheck. However, whether it was getting caught in a ‘track meet’ for the ensuing games following the winning streak, or trying to outscore its opponents, what worked for them previously was abandoned or at least had not been consistently applied. However, the forecheck and overall tight-checking philosophy has shown signs of life recently as the Blue Jackets mitigated the scoring chances in their last 4 contests, going 3-1-0 during that stretch.All of this is not to say that the Blue Jackets have played horribly – in fact, they appear to be displaying a return to some of the factors that vaulted them to the top of the NHL standings. However, in the highly-contested, competitive Metropolitan Division, and with just under a third of the season left before the Stanley Cup playoffs, what worked so well, not only during the 16-game winning streak but prior to it to ascend to the top of the NHL standings, must be consistently applied in order to gain momentum for the playoffs, home ice advantage and the blueprint to extend a historic season deep into the playoffs. Their loyal fans can then finally experience being in the throws of Stanley Cup Playoff hockey in what truly can be one of the ‘sleeping giants’ of an NHL market.