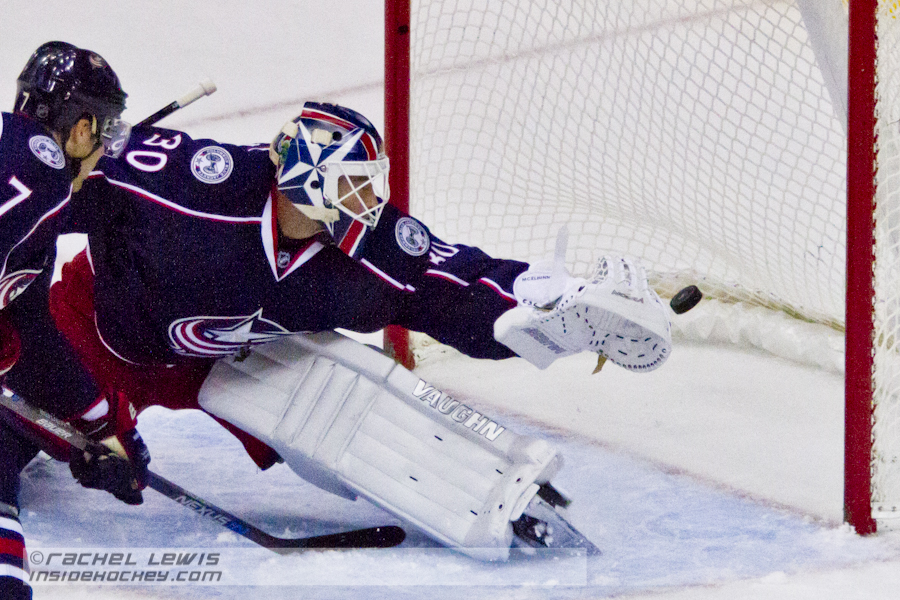 Blue Jackets: Cusp of Greatness or a Step Back?

As the Columbus Blue Jackets embark on their 17th season in the National Hockey League (NHL), the expectations for this team, coming off of a record-setting season of 108 points and countless other franchise landmarks, have never been higher.  Add to that the fact that the Blue Jackets are the NHL’s 2nd youngest team – only slightly behind the Arizona Coyotes – and have built, under the tutelage of Blue Jackets General Manager (GM) Jarmo Kekalainen and of his scouting and player development staff, one of the NHL’s best development systems and a cadre of incoming talent to the parent squad, one can understand that optimism is warranted.

And while expectations are at an all-time high for their fan-base, are the Blue Jackets on the cusp of potential greatness or will they take a step back for this upcoming season?

While some would vehemently argue the audacity of that question given the results of last season, there are reasons for cautious optimism.

Albeit, using the common caveat in the financial world “past performance is not indicative of future results” does not always apply in prognostications, given the pattern of the Blue Jackets organization in their 17-year history, after some success, does warrant consideration.

Barring a repeat of the calamitous, injury-riddled 2014-15 season, however, the Blue Jackets shouldn’t suffer the same fate of previous, post-Stanley Cup qualifying campaigns. They do have the reigning Vezina trophy (NHL’s best goaltender award) in Sergei Bobrovsky, the NHL’s best young defenseman in Zack Werenski, a player who, had it not been for the prolific scoring of both Austin Matthews and Patrik Laine, would have won the Calder Trophy as the NHL’s top rookie as well as the NHL’s top young defensive pairing in Werenski and Seth Jones.

Offensively, the Blue Jackets, coming off of being the NHL’s 6th highest scoring team, should be even more prolific with the acquisition of Artemi Panarin in a trade with the Chicago Blackhawks.  Panarin ranks 6th in the NHL in total points (goals and assists) since entering the league two seasons ago (151 points in 162 NHL games); however, Panarin was paired with the Blackhawks Patrick Kane, who has been the NHL’s top point-getter during the last two (2) NHL seasons, winning the Art Ross trophy during the 2015-16 season for that distinction.  While Panarin won’t have the elite playmaking partner in Kane, it’s believed that Alexander Wennberg’s rising capabilities as an NHL pivot (center) should not make the offensive decline great, if at all.  Wennberg finished 11th in total assists during the 2016-17 regular season and has seen his point totals rise by an average of 20 points in each of his three (3) NHL seasons.  The Blue Jackets also boast Cam Atkinson on its top forward line: Atkinson finished 6th in goal-scoring during this past season and, like Wennberg, has also shown a projected track of scoring proclivity.

In net, Bobrovsky demonstrated that he can be the team’s workhorse goaltender after playing 63 games during the prior season, something the oft-injured Russian netminder hasn’t achieved during his NHL career as Bobrovsky had never previously played more than 58 games in a season due to the plethora of lower-body injuries sustained during his career. Bobrovsky will be backed up by Jonas Korpisalo who is the undisputed 2nd goalie for the Blue Jackets and will be invaluable in spelling Bobrovsky to prevent being overworked and to mitigate injury.  However, should Bobrovsky sustain another injury, it remains to be seen if Korpisalo can “keep the ship afloat” for, as the saying goes with the Blue Jackets, “as Bob goes, so goes the Columbus Blue Jackets”.

As for any rookies having an impact on the team, it’s believed 3rd overall pick in the 2016 NHL Entry Draft, Pierre-Luc Dubois should be ready to man one of the top three (3) forward lines.  Carlsson, who looked impressive and steady during his late-season and Stanley Cup playoff stint, should immediately fit in with the Blue Jackets blueline corps.  The Blue Jackets are waiting for Sonny Milano to fulfill his vast, playmaking potential this season, if he can round out the rest of his game to the liking of head coach John Tortorella.  And while Oliver Bjorkstrand is no longer considered a rookie, he appears to be ready to become the offensive boost the Blue Jackets anticipate that he will be after showing flashes of brilliance in two late-season call-ups.

As far as the management brass is concerned, the Blue Jackets are solid with Tortorella, who won the Jack Adams award as the NHL’s best head coach, behind the bench, General Manager Jarmo Kekalainen who has ascended as one of the premier GM’s in the league and Blue Jackets President of Hockey Operations, John Davidson who is the steady hand and works in impeccable unison with Kekalainen and the rest of his hockey operations staff.

As for where the Blue Jackets will finish in the Metropolitan Division standings, while not a prognosticator, I can foresee them finishing 3rd in the Metro Division standings behind the defending, two-time Stanley Cup champions, the Pittsburgh Penguins and the Washington Capitals who, despite losing some key blueline players, still have some solid remaining talent in Alexander Ovechkin and Braden Holtby as well as one of the NHL’s best head coaches in Barry Trotz.

The question I am most often asked by fans of the Blue Jackets is, “do you think that they’ll exceed the 108 points they got (sic: obtained), last year?” and the answer I often give is “who cares?”. The reason I reply in that manner is that the goal of this and every NHL organization is not who gets the most points during the NHL regular season – that is to win the President’s Trophy, the goal is to win the greatest trophy in the sport, the Stanley Cup and I do believe the Blue Jackets are primed to continue to ascend to the next level in the upcoming seasons.