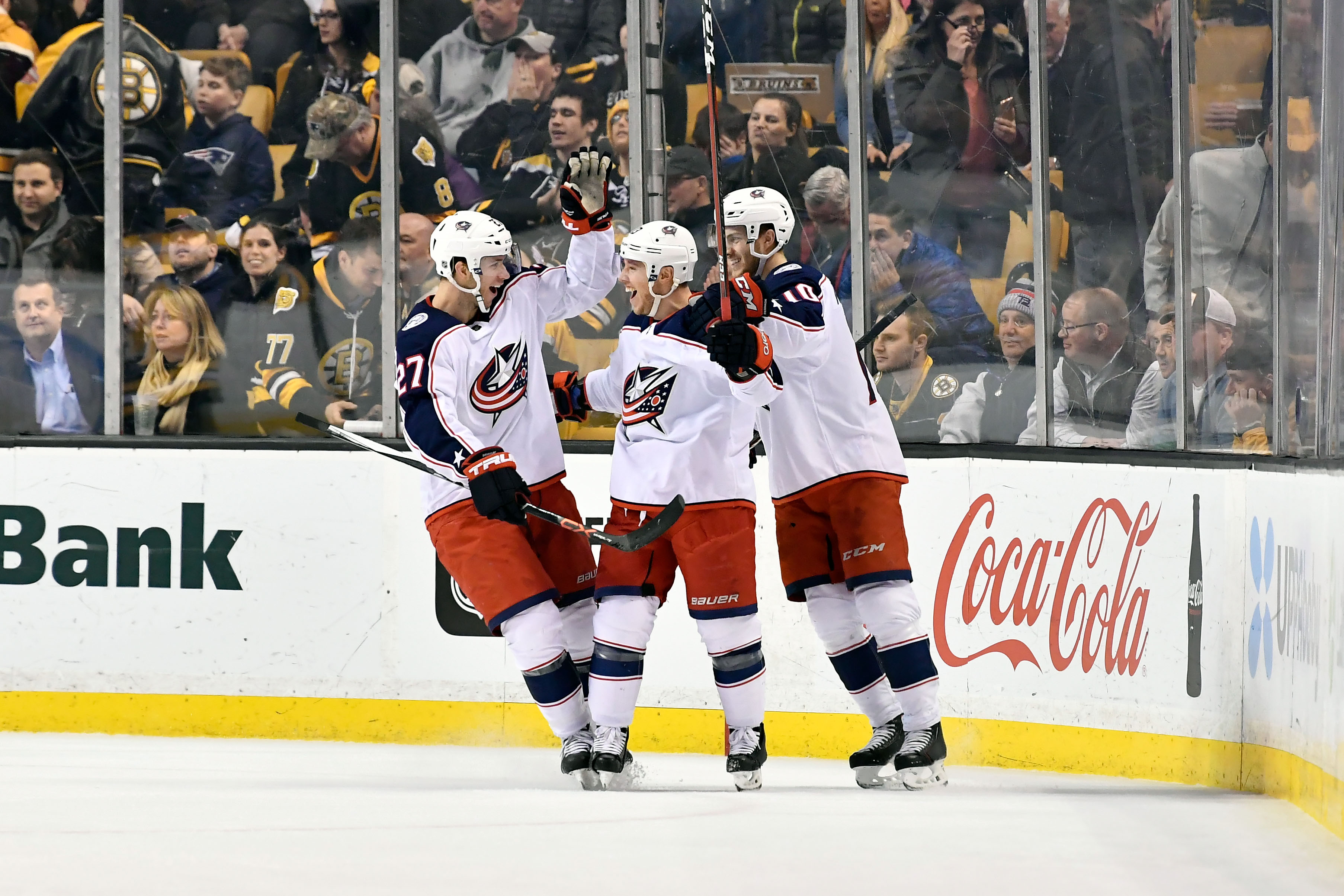 The Columbus Blue Jackets play the Boston Bruins at the TD Garden.

The Columbus Blue Jackets are the National Hockey League’s hottest team, having won ten (10) straight games in a row and twelve (12) of their last thirteen (13) contests prior to an overtime loss to the Vancouver Canucks to end the month of March and have vaulted into third (3rd) place in the Metropolitan Division, this after lumbering through a 5-10-1 slump, the last two of which were consecutive losses to the LA Kings and the Anaheim Ducks and were on the precipice of missing the playoffs, this for an organization that has never made the Stanley Cup playoffs in consecutive seasons in their seventeen (17) year history.

Prior to the nine-game winning streak, many veterans were underperforming well below the usual standards. However, since their 4-2 victory at ‘The Shark Tank’ (The SAP Center), several of those previously struggling veterans have found their games, in particular, Cam Atkinson, who has scored nine goals and registered nine assists for eighteen points during the month of March (16 games) which is no coincidence given the Blue Jackets’ struggles to score goals during their previous slump.

Thomas Vanek, who was acquired just prior to the NHL’s trade deadline, has scored seven goals and registered seven assists for fourteen total points during March.  And rookie center Pierre-Luc Dubois had the best month of his NHL career with five goals, including a ‘hat trick’ (three goals in one game) against the Calgary Flames on March 29th.  But the hottest Blue Jacket of all has been Artemi Panarin who has scored eight goals and 17 assists for 25 total points in sixteen contests.  Panarin leads the Blue Jackets with 26 goals and 53 assists for 79 totals and is on the verge of a franchise record for points in a regular season, tying Rick Nash’s 79-point total with three games left to play.

On defense, their coveted top pairing of Seth Jones and Zack Werenski have rounded into top form as Jones has had his best month of the season with seven goals and seven assists for fourteen points in sixteen March contests with a +/- rating of +11 over that span. Werenski also enjoyed his best month of the season after shaking off ‘the injury bug’ with two goals and nine assists for eleven points and a stellar +/- rating of +15.

In net, goalie Sergei Bobrovsky has shown the flashes of last season’s Vezina Trophy (awarded to the NHL’s best goaltender) winning form by going 9-1 with a Goals Against Average (GAA) of 1.90 and a Save Percentage (Save%) of .940. Bobrovsky will have to continue his hot streak, particularly in the Stanley Cup playoffs where he has struggled, with a GAA of 3.63 and a Save% of .887 against career regular season numbers of a GAA of 2.43 and a Save% of .920.

If the Blue Jackets can qualify for the Stanley Cup playoffs, it would be a franchise milestone as the Blue Jackets have never made the playoffs in consecutive seasons. The next step, besides qualifying, would be to win their first playoff series; however, the NHL’s youngest team has started to find their way as one of the NHL’s rising organizations.