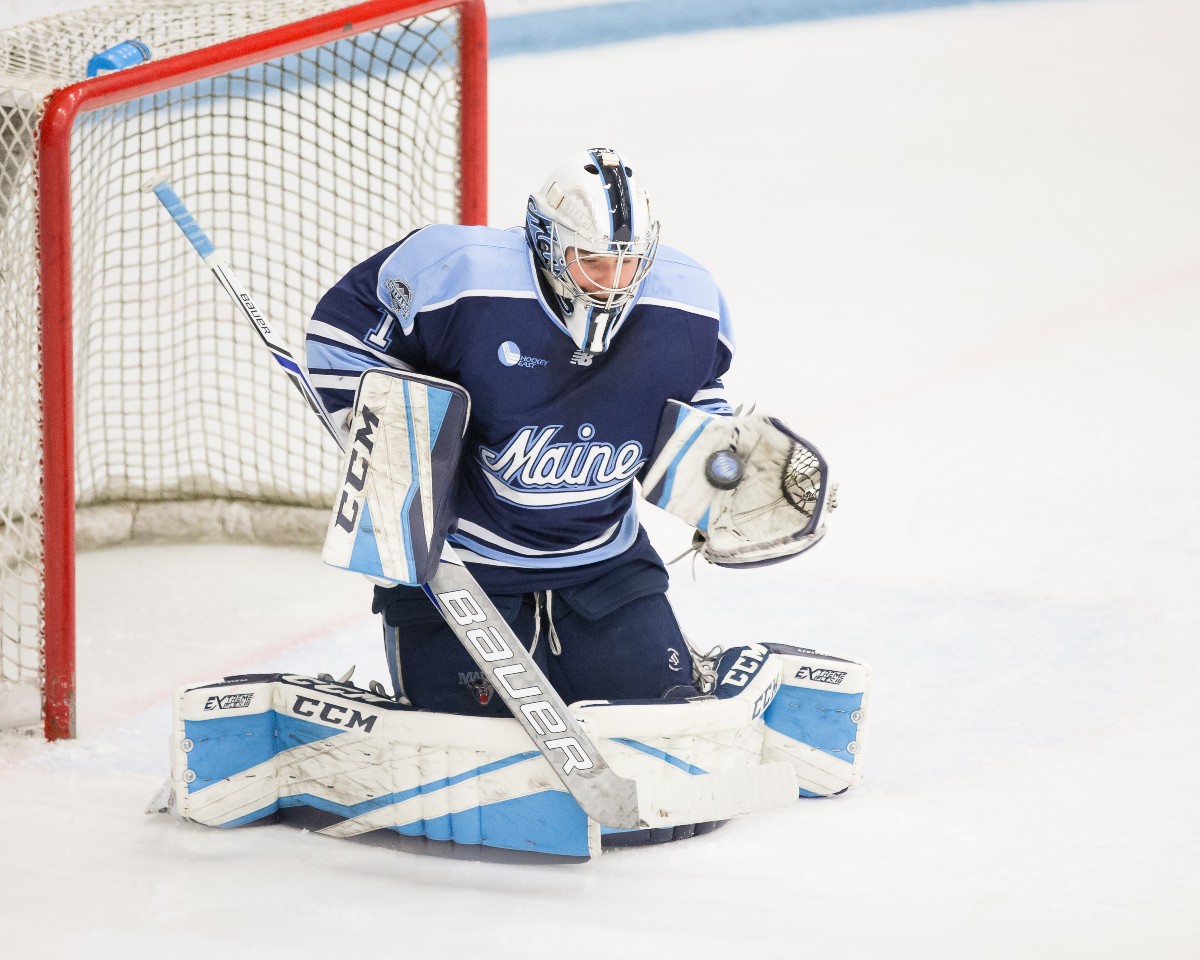 The Maine Black Bears climbed into the national rankings with impressive performances against RPI to close 2017 and a dominant shutout over BU to open 2018. The young Bears carried their momentum into Matthews Arena, where the Northeastern Huskies sent them home with two 5-3 losses.

After falling out of the rankings, the Black Bears faced the Massachusetts Minutemen on Tuesday night. Maine looked to start their home 2018 schedule on the right foot and give the fans at Alfond Arena something to cheer about. They didn’t play to their standards, but the Black Bears accomplished both goals.

UMass completely dominated the opening period, outshooting Maine 12-4. They got one power play when Cedric Lacroix was whistled for a delay of game penalty and fired three shots on net. Unfortunately for the Minutemen, freshman Jeremy Swayman was locked in. He saved all 12 shots in the first period, including all three on the power play and several grade-A chances. Maine got some nifty skating from Ryan Shea and Chase Pearson, but couldn’t muster any offensive threat. The game went scoreless into the first intermission.

Maine fired up the offense in the second period. Minuteman goalie Ryan Wischow was whistled for a tripping penalty 27 seconds into the stanza. On the ensuing power play, Maine got some good looks. Right after the penalty expired, Maine kept possession and continued the attack. Nolan Vesey controlled the loose puck and fired it into the crossbar. Canon Pieper got the puck in a scrum and put it by Wischow for a 1-0 Maine lead only 2:35 into the frame.

Less than four minutes later, Chase Pearson found Peter Housakos on the right side of Wischow’s crease for the second Black Bear goal. UMass rallied. They drew two power plays and got four shots on those advantages. Once again, Swayman was solid. He stopped all 12 shots he faced in the second period and continued the shutout.

At the conclusion of the second power play, Maine struck again. Brendan Robbins and Chase Pearson skated and cycled well in the Minuteman end. Pearson dropped the puck onto Emil Westerlund and the Swedish freshman potted his fifth goal of the season and gave UMaine a 3-0 lead.

Once again, UMass outshot Maine in the third period. And once again, Swayman was solid. The Minutemen got three more power plays, shot five times on those advantages, and mostly controlled the pace of the third. Swayman stopped every shot on the power play and kept his team ahead.

UMass did finally get on the scoreboard when Wischow was pulled for an extra skater. Jake Gaudet lasered one home from the slot to get UMass on the board and end the shutout. But the goal came with 34.5 seconds left in the game; the outcome had been determined. The final seconds burned off the clock and Maine won their first home game of the new year 3-1.

With the loss, Amherst drops to 10-10-1 overall and 4-6-1 in Hockey East. Ryan Wischow made 17 of 20 saves. Freshman Cole Makar recorded his 10th assist on the season, making him the second Minutemen in double-digit digit assists this year, along with Oliver Chau. The Minutemen have gone 1-3-1 to start the new year. Coach Greg Carvel’s squad returns home to host the eighth-ranked Northeastern University Huskies on Friday night. Puck drops at the Mullins Center at 7 pm.

Maine Head Coach Red Gendron was accepting of the win but noted ways to improve. “We were mentally fatigued. We made sloppy mistakes in the first period and were fortunate to get out of that first period scoreless. Full marks to UMass. They came out ready to play and we didn’t play up to our offensive standards. Jeremy was the difference tonight.”

With the win, Maine climbs to 12-9-2 overall and 6-6-1 in Hockey East. The Black Bears sit all alone at sixth place in the conference with 13 points. The week does not get easier, as the team renews the Border War this weekend. Maine hosts New Hampshire in Orono as the students return to campus. Puck drops at 7 pm and 7:30 pm on Friday and Saturday night respectively at the Alfond.