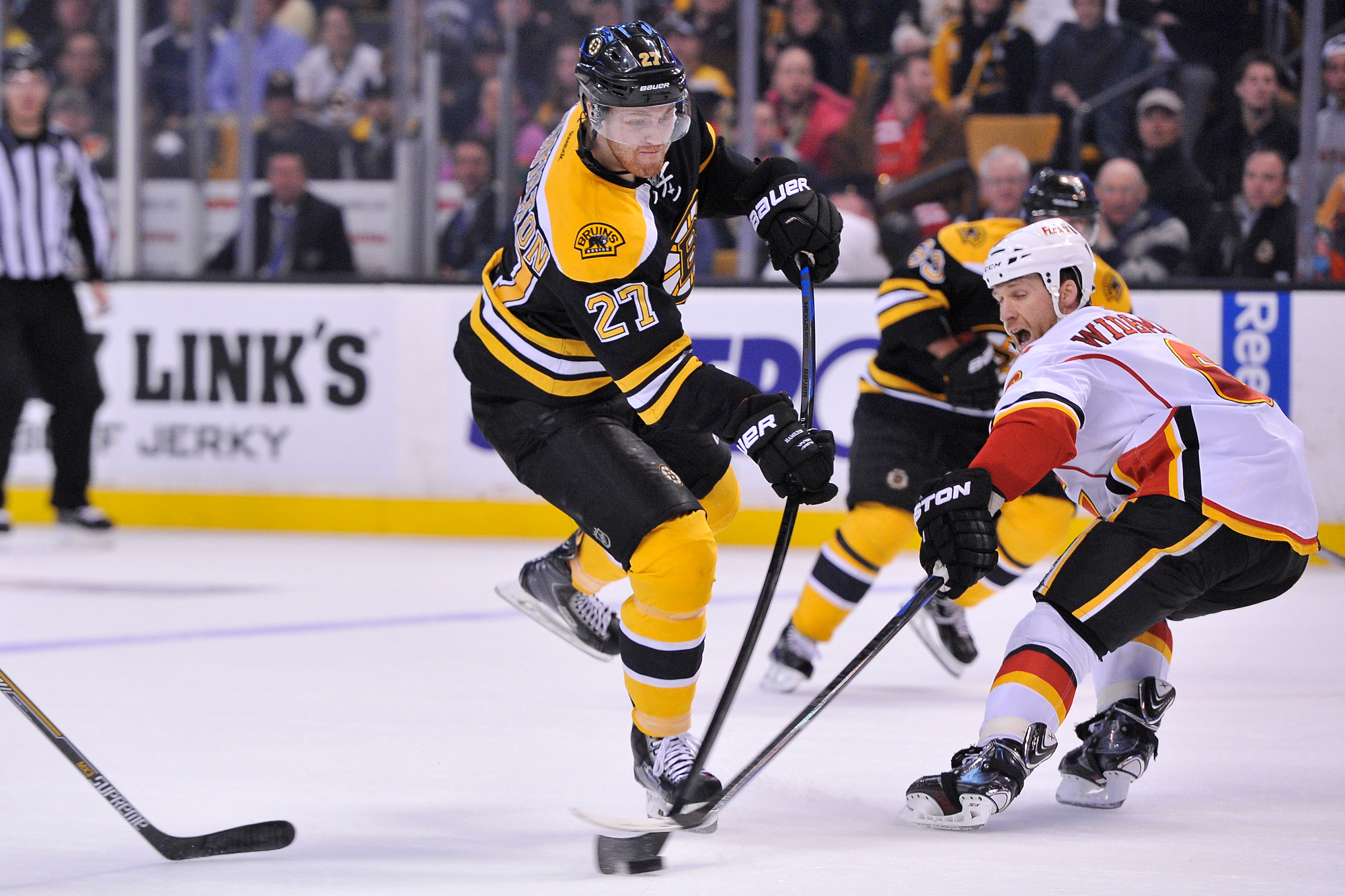 Big Changes Ahead For Bruins

While most of us around Beantown will be enjoying the Stanley Cup playoffs from the comfort of our own homes, the folks associated with the Boston Bruins are already eager to get a jumpstart on next season.

When the team spoke to the media on breakup day down at the TD Garden on Monday, general manager Peter Chiarelli and head coach Claude Julien announced that the team would not re-sign Daniel Paille and Gregory Campbell.

Campbell was acquired from the Florida Panthers in a summer of 2010 trade that also netted the B’s first-line right winger Nathan Horton. Paille was acquired from the Buffalo Sabres in exchange for a third-round draft pick in October 2009. Together, Campbell and Paille made up two-thirds of a fourth line (famously referred to as the Merlot Line) that played a key role during Boston’s run to a Stanley Cup championship during the 2010-11 season and another Cup Final appearance in 2012-13. However, they are both coming off down years as the NHL continued to trend toward a more up-tempo game where speed and skill is more of a priority.

Another one on the hot seat for the B’s is Carl Soderberg.

He has clearly under-performed in his brief three-year NHL career. As one of the few members of the Black and Gold to play in all 82 games in 2014-15, he tallied 13 goals and 31 assists, which are not exactly career numbers if you compare his totals from the Swedish Elite League; he posted a career-high 60 point season in the year prior to joining the Bruins. With Ryan Spooner costing much less and producing at a much higher rate, Soderberg is one unrestricted free agent that will not be back with the Bruins.

Adam McQuaid and Matt Bartkowski are also due to hit the open market. It would not surprise anyone if McQuaid was brought back on a reasonable deal. Dougie Hamilton is due for a contract extension, probably near the $5 million annual salary range. These are all decisions that should not be difficult for management to make.

However, trading away an established piece of the roster might actually come to fruition in the coming months. Not only do the Bruins need to trim salary to add to the roster, but the locker room needs a major shakeup in order to get this team back on track.

Chris Kelly is a player that really will not get the team much in return, especially with a $3.5 million salary. However, Milan Lucic could be the guy on the trading block. He is due $6 million next season in what will be the final year of his current deal. Lucic only recorded 18 goals this year, and he admitted publicly that he was not in the right frame of mind this season.

There are numerous teams out there that value the power forward, so he could bring you back a decent return. Even if that was not the case, perhaps his time in Boston has run its course.

The cap is expected to increase to approximately $71.5 million next season after being $69 million this season. That little bit of leeway could benefit the Bruins, whether they overhaul the actual roster or the front office.

Above all else, they still have a shot—albeit a minuscule one—to get Connor McDavid or Jack Eichel in the draft…one can dream, right?

Anyway, this will be a sweat-inducing and stressful summer for everyone down on Causeway Street. Let the offseason begin.