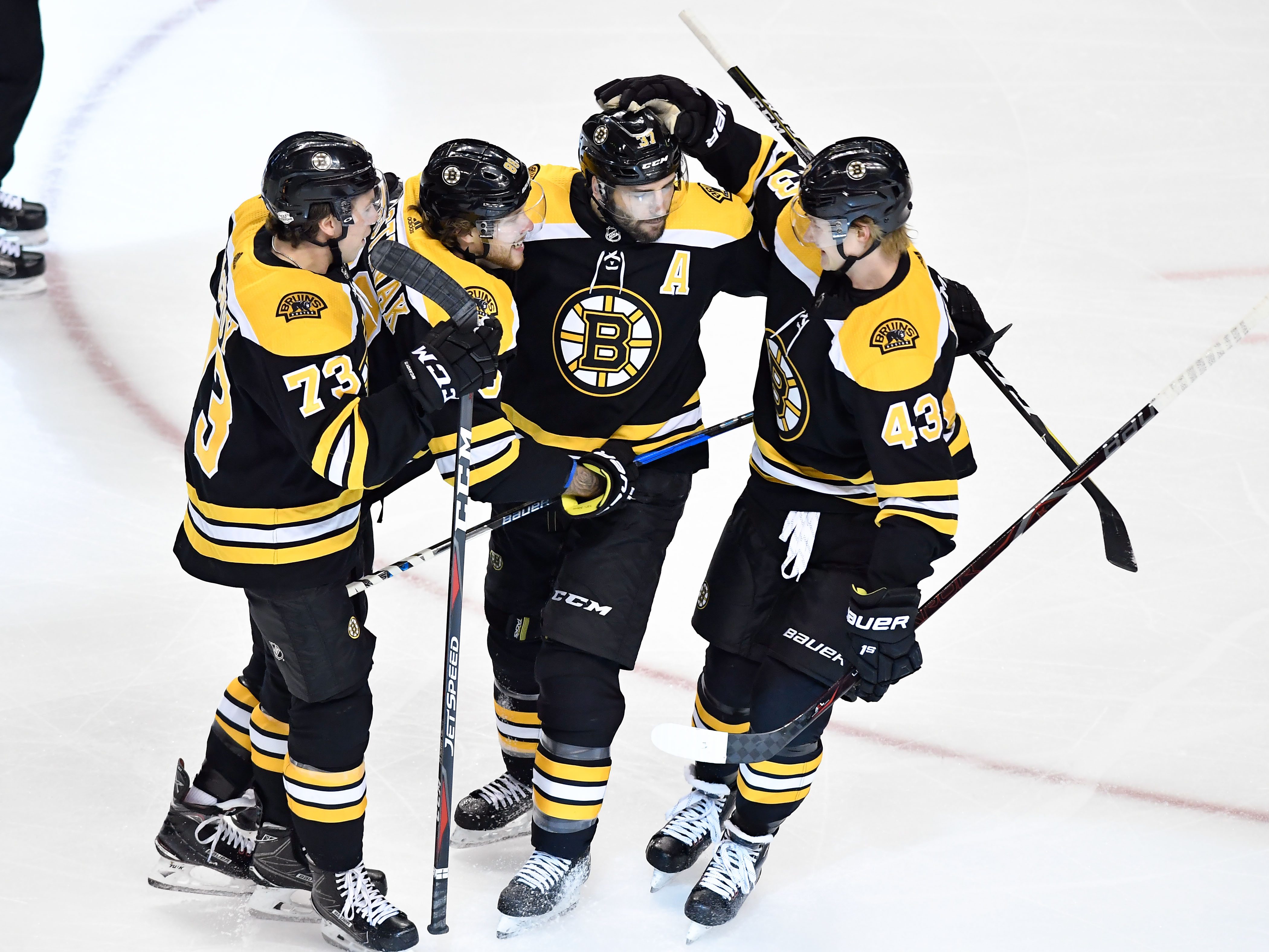 The Boston Bruins are back, but are they better than ever?

The short-term answer is not so much. In fact, Boston is maintaining a homeostasis-like form in the first week back on the ice. Only time will tell how good this team can be as the year unfolds.

The Bruins opened the regular season with a back-to-back set on the road last week; Boston was able to secure a 4-0 victory over the Buffalo Sabres this past Thursday night to claim its first victory of the 2018-19 campaign.

The B’s were heading into Monday’s home opener with a level head. After the shellacking that the Bruins received at the hands of the Washington Capitals in the first game of the regular season last Wednesday, a humbled team was eager to take the ice for the first time this season at TD Garden. The opponent? The Ottawa Senators.

Now, the current incarnation of the Senators looks vastly different from the team that the Bruins shared the ice with last season. Ottawa traded away a couple big pieces during the offseason, including star defenseman Erik Karlsson. Although the Senators still have a handful of formidable players on the roster, this team is heading in a different direction than that of the Bruins.

With the fans of the city ready to see the Black and Gold for the first time on home ice this season, the Bruins were still looking to integrate the new/young players and figure out the right combinations. Essentially, they are still in trial mode. Monday afternoon was just another step in preparing for the long haul.

Tuukka Rask opposed Mike Condon in the goaltending matchup. In a minor tweak to the personnel, Chris Wagner replaced Joakim Nordstrom on the fourth line for the B’s.

It only took 30 seconds for the Bruins to get on the board as Patrice Bergeron buried a rebound after David Pastrnak drove to the net to create the initial scoring chance. What stood out in the first period was Boston’s ability to recover in its own end. The Bruins certainly had some sloppy moments and were careless with the puck on occasion, but they were able to recompose themselves and negate any scoring chance created by the Senators.

Boston was able to take a 2-0 lead into the second period after Bergeron netted a one timer past Condon on the power play. From there, Ottawa was able to pull within one; Ryan Dzingel scored on the second-chance opportunity after the Bruins failed to clear the puck in front of Rask. Both sides were showing signs of bending during the second period and it was displayed by just how easily the opposition was able to get shots on net.

The Bruins went up 3-1 when Wagner redirected a shot from Charlie McAvoy into the goal. Things were starting to look like that the Bruins had obtained a comfortable cushion until Dzingel netted his second goal of the game from just inside the offensive zone. That was a goal that both Rask and the rest of the defense wish they had back. Lazy moment for everyone on that play.

In the third period, Bergeron completed the hat trick when he delivered a back-hand shot that deflected off an Ottawa defender and into the net. Ottawa did not have much left in the tank to mount a comeback and the Bruins ended up securing a 6-3 victory to start the home portion of the schedule off right. Pastrnak ended up with four points (two goals and two assists) and Rask finished the game with 28 saves.

The Bruins will continue their three-game homestand this coming Thursday night when they take on the Edmonton Oilers.

Side Notes: Brad Marchand entered this game with a team-high four points to start the season…Urho Vaakanainen was assigned to Providence earlier in the week…Torey Krug is slated to miss the first three weeks of the season with an ankle injury that he sustained in a preseason game against the Philadelphia Flyers.