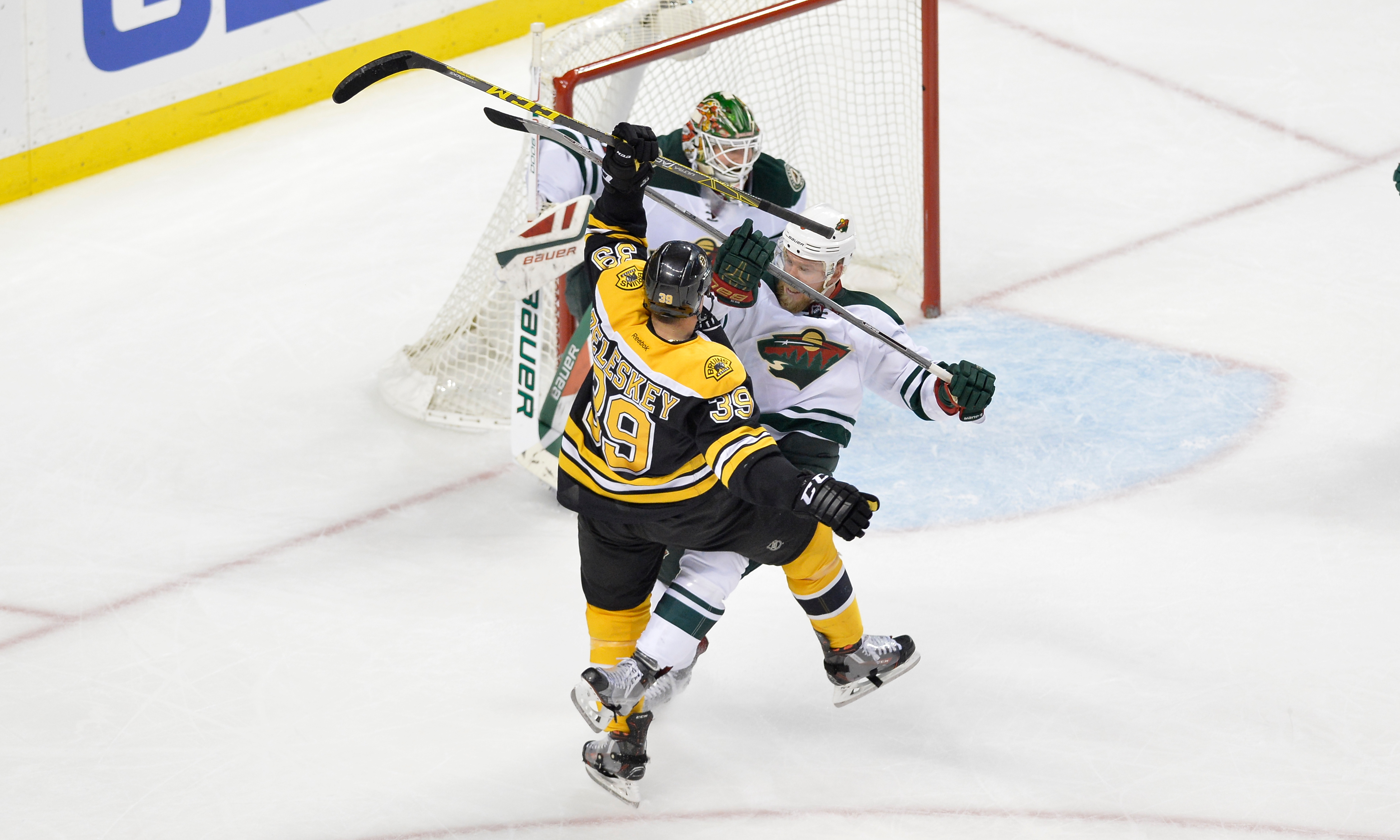 During the summer free agency period, the Boston Bruins signed former Anaheim Ducks forward Matt Beleskey to a reasonable 5 year, $19-million contract. Boston figured $3.8-million a year for a hard-nosed winger who scored 22 goals the previous season seemed like a steal. However, through the first third of the season, Beleskey has not lived up to expectations. In fact, he is looking more like the player whose previous career high in goals in a season was 11, which he did back in 2009-10, than the player from last season.

In 27 games this season, Beleskey has netted just 4 goals and has added 11 assists for 15 points. Bruins coach, Claude Julien, who is no stranger to making players a healthy scratch to try and send a wake up call (he recently sat forward Jimmy Hayes for two games) has not yet sat Beleskey. It can be argued that Beleskey does the little things that don’t show up on the score sheets, such as finishing hits and going into corners to battle for pucks, but so does Boston’s forth line and they do it for a fraction of the price.

After the Bruins’ victory on Saturday against the Florida Panthers Julien was asked about Beleskey not scoring but still creating chances. “I think you saw Beleskey tonight, he had a lot of chances, and he was shooting the puck, and right now they’re not going in for him,” Julien replied. “So even if you’re not scoring, as long as the line is scoring and they’re putting in their efforts, and they’re working to it, I have no issues.”

With the overtime loss to the Edmonton Oilers on Monday, December 7th, there were seven Bruins players who had more goals than Beleskey, including defenseman and captain Zdeno Chara (5). Beleskey, who is fifth on the team in shots, with 57, currently has an anemic 7.0 shooting percentage.

Beleskey did score a fluke goal in the loss to the Oilers. He came up the right wing, crashed the net, and the puck went off Edmonton goaltender Cam Talbot and trickled in.

When asked if he sees the irony in the goal he scored, Beleskey responded with, “I don’t think I’ve got one off my own stick this year. So still waiting for that. Yeah, you know, it’s been a lot of bounces, but just keep throwing it out there.”

Beleskey and the Bruins will take on the Pittsburgh Penguins on Wednesday.