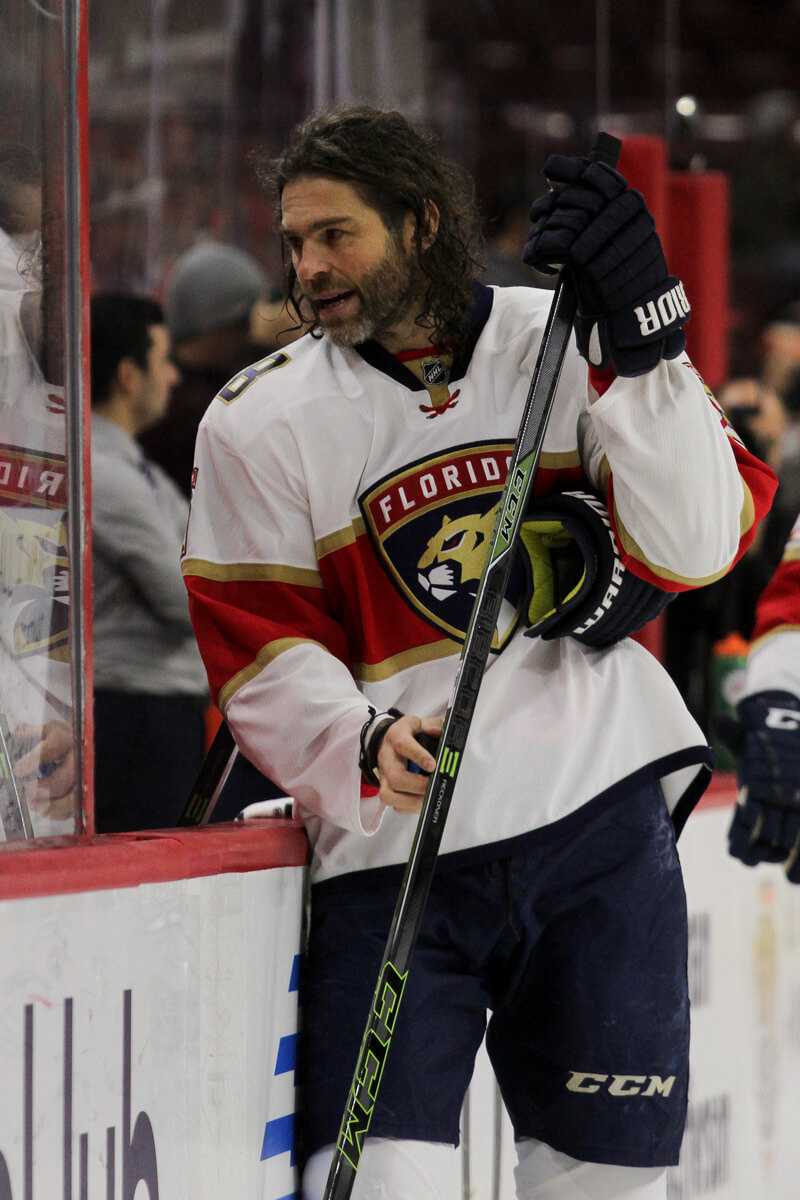 The Kings have come home. After playing nine of ten games away, they have played two at home. Things haven’t gone well.

In fact, they didn’t go all that great on the road, either, though during one stretch in ten games including Saturday versus Florida in LA, they won five in a row. But the last five haven’t been sterling. They lost two, won one, and then lost two more.

In that period, it was either shut out or be shut out in five of ten. The good news? Three of those went their way. The bad—they were shut out twice, both 5-0 games, and consecutive at that.

But if you like goals, then things have been alright. There was also a 5-0 win, a 6-3 win, and a 5-3 loss. But the big picture is what matters now, and they exit Saturday night out of the playoffs and heading to Anaheim for Sunday.

Perhaps as a result of the recent results, there are a few notable lineup changes that have come. Tom Gilbert has been dealt to Washington. Adrian Kempe and Paul LaDue have come up from Ontario. Devin Setoguchi has gone down to the AHL club. Jordan Nolan is on IR. Tyler Toffoli is back from injury.

The lines are mixed, with the following curiousity: Gaborik is playing with Shore and Lewis. That, to my way of thinking, makes him a third-line player. My evidence? Carter, Pearson, and Brown have to be line one. Kopitar, who is playing with Toffoli and Kempe, would be line “alternate 1” or two, and that leaves Clifford with King and Andreoff alongside the Gaborik trio for you-pick-em as three and four.

So what’s the problem with the team? It’s not fair to point at goaltending, because the Kings wouldn’t be having any kind of a season at all were it not for Peter Budaj. But on Thursday with Arizona in town, he let in a couple of stinkers. Maybe three. He started again on Saturday, with a puck going past him from the left circle.

He looked shaky again when, with the Kings on a power play, the Panthers dumped a puck in from just across center. It skipped, and the goalie went down to a knee to be safe, but then he covered it, forcing a defensive zone faceoff with his team having the extra man.

And when the third period started, well, wait for that. But it’s more Budaj bad news.

The offense offered up no set of gem notes, either. They are particularly horrid, or were Saturday night, on the power play. Take these examples: on LA’s first try, the Panthers got a shot credited (it was actually going wide) after a pass across the Kings’ crease. The LA team got no setup, and then late in the PP, went offside. They got zero shots on goal. In period two, the team couldn’t even get into the zone. They got on SOG, a trailing pass to Kopitar, who fired a long, low wrister. Their second shot on the advantage was a slapper off the ensuing faceoff, with two seconds left in the penalty.

Nevertheless, the Kings came out of two periods with a two-two tie, courtesy of goals by King and Pearson. The first one came off a scramble where an LA player fell backwards into Luongo. Dwight King, meanwhile, got the puck at the other side of the net and whacked it past the pile of three in the crease. The Florida coach challenged what had been called a goal on the ice and was denied.

The second one came at about the 12-minute mark, a puck that Pearson got next to the boards and started to move toward the net. For whatever reason, nobody was there. He kept stickhandling. Still no defense materialized. He got to the net. He slid the puck low and slow along the ice. It went under Luongo. Nobody else seemed to be on the ice at the time. The Kings had come back from a 2-0 deficit.

Along the way, the lines were switched up. Kempe was dropped down and Gaborik was up with Brown and Kopitar. But it was the other new trio, King with Shore and Lewis, that generated the most excitement, including that goal. In fact, here’s a funny thing: Gaborik had been on with Shore and Lewis, and they’d had a chance, the puck being chipped from Lewis across the crease. Gaborik had blocked it with his body. The puck dropped to the ice, with Gaborik swinging at it and missing. He then left the ice, and King took his place. With him on, the three scored.

And later in the period, that line was out together again. But in the third, it was Kopitar and Kempe with Gaborik, so perhaps he had redeemed himself.

Gaborik, despite being moved around, didn’t go away. He came down the slot late in period two and fired a wrister that hit Luongo on the catching glove and bounced down and to the side. The crowd thought it was in. It actually hit the post and was swept away.

Were these Kings suddenly dangerous from all places on the ice? Short answer: no. Florida put on a bit of a push as period two wound through its middle going, and they inched their shots up to 12. But the Kings kept up the hustle, and they got their shot tally to 25 by the end of the frame. But many were from the perimeter, and not a measure of how dangerous their offense is. In fact, it’s hard to recall one great save that Luongo was forced to make, except for a leg save in period one on a sweeping backhander by Carter.

The third began thusly: A Florida player skated through three Kings. The puck, on his stick, went to the right side of the net. He tucked it in past the skate of Budaj, who was out too far to get back in time to hold the post. “He,” by the way, was Barkov, who ended up being named first star. After the game, he said much more about his team and his goalie than about his own tally.

The third ended with the Kings hardly able to gain the Florida blueline, though with a man up due to the goalie being pulled.

Their eventual winning goal, by the way, happened with 15 seconds gone. The Kings would eventually fire 10 shots in the frame but get no more goals. Florida would get 13, and score no more. Didn’t matter. Their win landed them into third in the Atlantic. They’re only six behind Montreal for first. Yikes.

Florida press handlers: ramp down the attitude some, please. The hyper-efficiency is just shy of pushing us to ask one crummy question of your guys and get out of the room. Hard to get anything good in those circumstances.