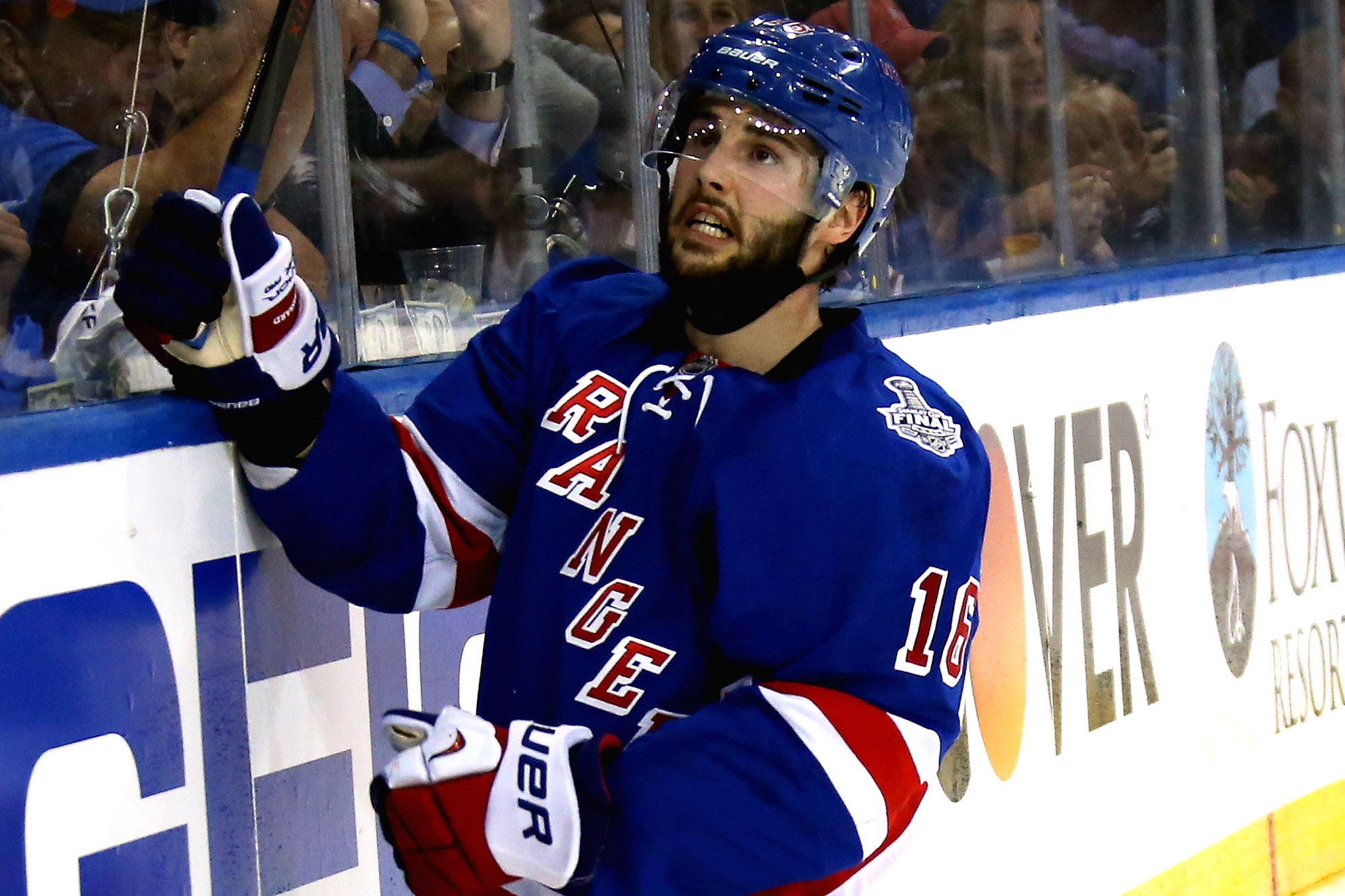 NEW YORK – Pittsburgh Penguins forward Matt Cullen netted the game winner at 11:09 of the third period on a fluke play as the Penguins downed the Rangers 5-3 at Madison Square Garden Sunday afternoon. As he was falling to the ice, he threw the puck in front and banked it off New York Rangers defensemen Marc Staal and past goalie Henrik Lundqvist.

Sunday’s matinee started off well for the Rangers coming off a tough 3-2 overtime loss to Detroit barely 19 hours later (counting for losing an hour thanks to Daylight Saving time). The Blueshirts dominated the play early. They fired the first 11 shots on goal and totaled 19 overall in the period.

The first period was predictable. The Rangers got two early power plays but they couldn’t capitalize. The Penguins however capitalized immediately on their first power play chance at 11:56 of the period. Patrick Hornqvist picked up his 18th of the season and despite being outworked tremendously had the lead.

It was a familiar theme for the Rangers who were outplayed by the Red Wings ton Saturday but managed to gain the early lead for themselves.

Chris Kreider, whose game seems to come sporadically, knotted the game with less than two minutes remaining in the opening twenty. It woke up the Garden crowd up who seemed to have forgotten to set their clocks ahead when game time started.

The Rangers seemed fatigued at the start of period two and the Penguins took advantage. Conor Sheary tipped in a Justin Shultz shot at the 7:30 mark of period 2 and the Penguins made it 2-1. The Rangers quickly answered back however 90 seconds later on the power play. Derek Brassard tied the game 2-2. The Rangers were fortunate to be tied as they only managed to get two shots after the second period.

With less than five minutes to play in the middle frame it was Sheary scored again as he put the puck past Rangers net minder Lundqvist for the 3-2 lead.

For whatever reason the hockey gods love their statistics (the Penguins when leading after two were 28-0) hence probably why we saw some bounces decide the game. Five minutes into the third period captain Ryan McDonagh decided to try and change the outcome and swooped in with a Stephane Matteau like wraparound goal to equal the score at 3.

Cullen’s goal proved to be the difference maker with the empty-netter delivered by Sidney Crosby to seal the deal and ending the Rangers streak of having won 13 straight games when following a loss. The Penguins won for the first time at MSG since December 2013.

After the 19 shot outburst in period one, the Rangers had a combined eight shots in the last two periods. Yep, the last 40 minutes the Rangers had just eight shots. When asked about the concern with the Rangers trying to finish a game, head coach Alain Vigneault said, “There’s definitely some concern with how we played in the second and the third, after a real strong first period where I thought that, other than the play we had, some real good looks. They got a little lucky there on their fourth goal. After the first period we didn’t do much on the ice.”

Coach Vigneault responded to his team’s lack of offense by shortening his bench. Players like Kevin Hayes, Dominic Moore and Oscar Lindberg barely saw the ice in the final period. “I just felt that trying to get a three line rotation might give us more jump” Vigneault. “I felt that early on in the second period and for most of the second half of the game, something I don’t do very often, especially on a back to back. But I thought that trying to get us to play quicker and to have the same jump we had in the first period.”

In the dressing room after the game the most noticeably frustrated player was franchise goaltender Lundqvist. When asked about matching the intensity “The King” responded, “I think it’s important that we do [match the intensity]. It comes down to will. This game is all about will and how badly you want it. We talked about it going into the game and I thought we were the better team for the first ten minutes.”

The Blueshirts have now dropped three of their last four and they head out west in the middle of a grueling stretch of three games in four nights against the Anaheim Ducks, Los Angeles Kings and the San Jose Sharks. If the Rangers want to grab points then they must play defense and must cash in on power play opportunities otherwise these aforementioned teams will make you pay.