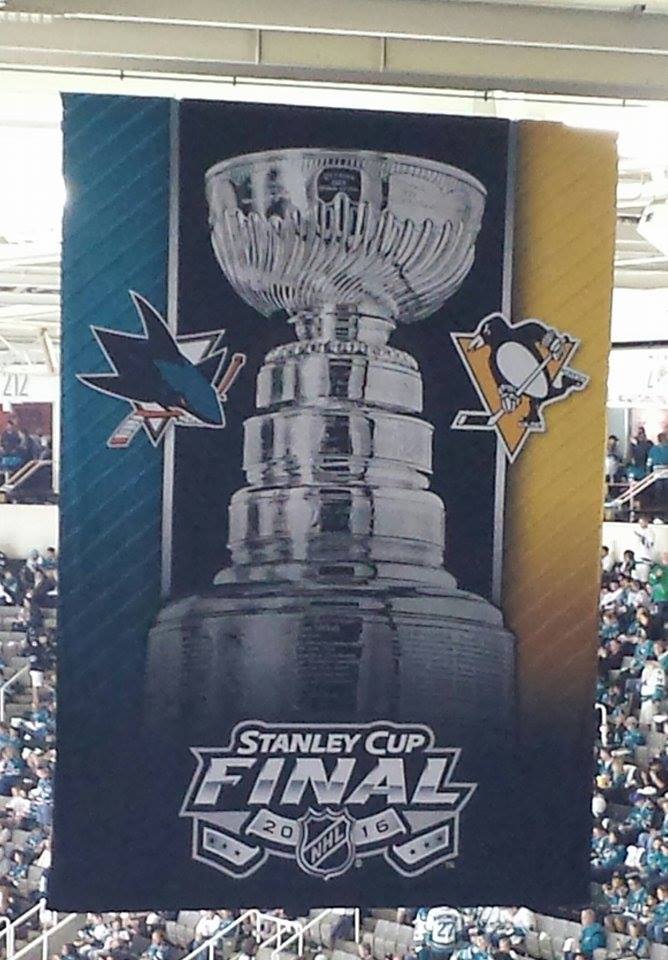 Game 3 was certainly a battle between the Sharks and Penguins.

Around the Metro: Pittsburgh Penguins

The Pittsburgh Penguins are the 2016 Stanley Cup champions.

If you took a collective poll prior to Christmas, there might not have been many that thought those words could have been written.

It was December 19 when the Penguins had lost their fifth-straight game and sported an unimpressive 15-14-3 record. Team captain Sidney Crosby had  just 6 goals and a desperate club, looking for answers, relieved Mike Johnston of his coaching duties.

Just like that, Pittsburgh again seemed poised for a disappointing season, marked by an inability to meet rocket-high expectations and a lack of depth beyond its frequently-maligned stars, including Phil Kessel, who was added in an offseason blockbuster trade with the Maple Leafs.

Charged with righting the ship was Mike Sullivan, who was 10 years removed from his last head coaching gig in the NHL. Even with a star-studded core, taking on the Penguins’ job was a tall task.

If the adage that the team who wins the Stanley Cup is not necessarily the best team but rather the team playing the best at the right time, then perhaps the events of just under two weeks ago should come as no surprise.

From the final week of December into the postseason, the Penguins went 49-17-8 and a trio of 4+ game win streaks, most notably a 7-game streak that secured them a spot in the postseason. The rest is history, and the Penguins are the most enviable team in hockey for the fourth time in their history. The run also represented the second time in as many tries for Pittsburgh, that they won the cup despite a mid-season coaching change. So, what’s next for the champs and can they avoid another seven-year gap between cups?

The early odds (if you read into that kind of stuff) suggests they can. And looking at their roster, it’s hard to dispute.

It’s not without challenges. Firstly, the Pens are roughly $1.5 million over the NHL’s $73 million salary cap for next season. Though they do have a majority of their roster signed for next season. Pending UFA’s Matt Cullen and Ben Lovejoy proved to be important parts to the team’s depth during the season and especially into the playoffs. At 39, Cullen may take his time to decide if he’s ready to retire yet. A two-time cup champion, he may want one more crack at it and his familiarity with general manager Jim Rutherford would likely come into play in negotiating a cap-friendly deal. Returning Lovejoy might be less feasible, especially with the thin UFA market driving up his value. Other UFA, Jeff Zatkoff won’t be back.

There’s probably no place worth talking about more when it comes to Pittsburgh over the last two months than its goaltending, where 22-year-old Matt Murray went 14-5-1 en route to becoming the first rookie goaltender since Cam Ward to guide his team to a championship. His success though gives the Pens’ a crowded crease for 2016-17, where Marc-Andre Fleury has three years at $5.75 million under contract. His deal also includes a No-Move clause, meaning if he is with the team beyond next season, he’s automatically protected in an expansion draft.

Though it would make the most sense to trade Fleury, who watched a majority of the postseason from the bench after making just two appearances, it may be more worth it for the Penguins to stick it out with a winning tandem for next season before giving the full reigns to a goalie with 13 regular season games under his belt. The option to trade Fleury prior to an expansion draft next summer could be the more favorable option for management.

On defense, the Pens are led by Kris Letang, who is coming off his best season of his career, where he scored 67 points in 71 games. Not too far removed from missing significant time after suffering a stroke, he is the driving force on the Penguins’ back end. After that, there’s a collection of promising youngsters including Olli Maatta, Derrick Pouliot and Brian Dumoulin. Then, there’s the great mid-season acquisition of Trevor Daley, who might not have played better hockey prior to his arrival in Pittsburgh. His ankle injury kept him sidelined for the latter half of the playoffs, but was a key player before then. Also acquired to add depth was Justin Schultz. The low-risk, high-reward transaction has yet to show either yet and may not with Schultz slated to become a restricted free agent. It could be a challenge to keep him as it presently stands.

And of course there’s the forwards, where the line of Kessel, Carl Hagelin and Nick Bonino had so much success in the post-season, accounting for 20 goals and 56 points in the playoffs. All three acquired throughout the season helped earn Rutheford honors as G.M. of the Year on Wednesday.

Them plus Crosby, Evegeni Malkin and Patric Hornqvist help headline an offense that is among the best in the National Hockey League. And while their importance cannot be overstated, neither can the addition of the likes of Tom Kunhackl, Ryan Rust and Conor Sheary. The trio provided the bottom-six depth the Pens had been craving since their last cup in 2009.

The last team to repeat as champion was the ’98 Red Wings, but the Pens have enough of a core and a smart enough staff to believe they’ll have every opportunity to challenge for the cup next season.