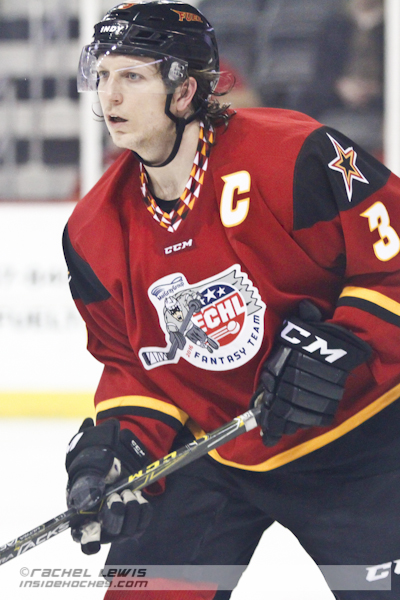 After winning three consecutive playoff championship in the CHL and ECHL, the Allen Americans know what is in store for them as they seek a fourth straight title. General Manager-Coach Steve Martinson’s skaters finished the regular season with 13 wins, six losses and an overtime setback in the final 20 games.

The Americans, an affiliate of San Jose that finished as the fourth ranked seed in the Western Conference, open the 2015-16 post-season with a best-of-seven game series against Dallas Stars’ affiliate Idaho, the West’s fifth seed.

The series opens with Games One and Two on Thursday, April 14th and Saturday, April 16th in Allen, a northern suburb of Dallas. The Americans, who split four games against Idaho during a 10-day span in mid-December, will travel to Boise for Games Three, Four and Five on April 20th, 22nd and 23rd (if necessary), respectively. Games Six and Seven (if necessary) are scheduled for Allen on April 26th and 27th.

“I think this team is prepared as we head into the postseason,” samd Allen General Manager-Coach Steve Martinson, who has been behind the bench for the two Presidents Cup triumphs in the Central Hockey League in 2012-13 and 2013-14, and last year’s Kelly Cup conquest of South Carolina in the franchise’s inaugural campaign as part of the ECHL. “And we know what a wild ride four rounds of the playoffs is like, so we’re ready to battle.”

Although they’ve lost several members of last year’s title team, the Americans are still led by high-scoring forward Chad Costello, who captured his second straight ECHL scoring title with 103 points (23 more than his closer pursuer). I play on a great team with some skilled players,” said Costello, who also led the circuit in assists with 79 and finished the regular season with a 19-game point streak. “And it’s nice to win the scoring title, but to be honest, the only award we want here in Allen is another summer with the Kelly Cup.”

Second leading scorer Casey Pierro-Zabotel (15 goals, 47 points) started the regular season in Allen and returned from a mid-season injury to take some of the pressure off Costello’s shoulders.

Defensively, David Makowski (17 goals, 38 assists), mid-season acquisition Matt Register, Eric Roy (+11 and another AHL returnee) combine with Danny Federico and Rick Pinkston (+5) to form a solid unit. Gens recently rehabbed from an injury that cost him 13 games and won’t be ready until the second round. The team signed Thomas Carr