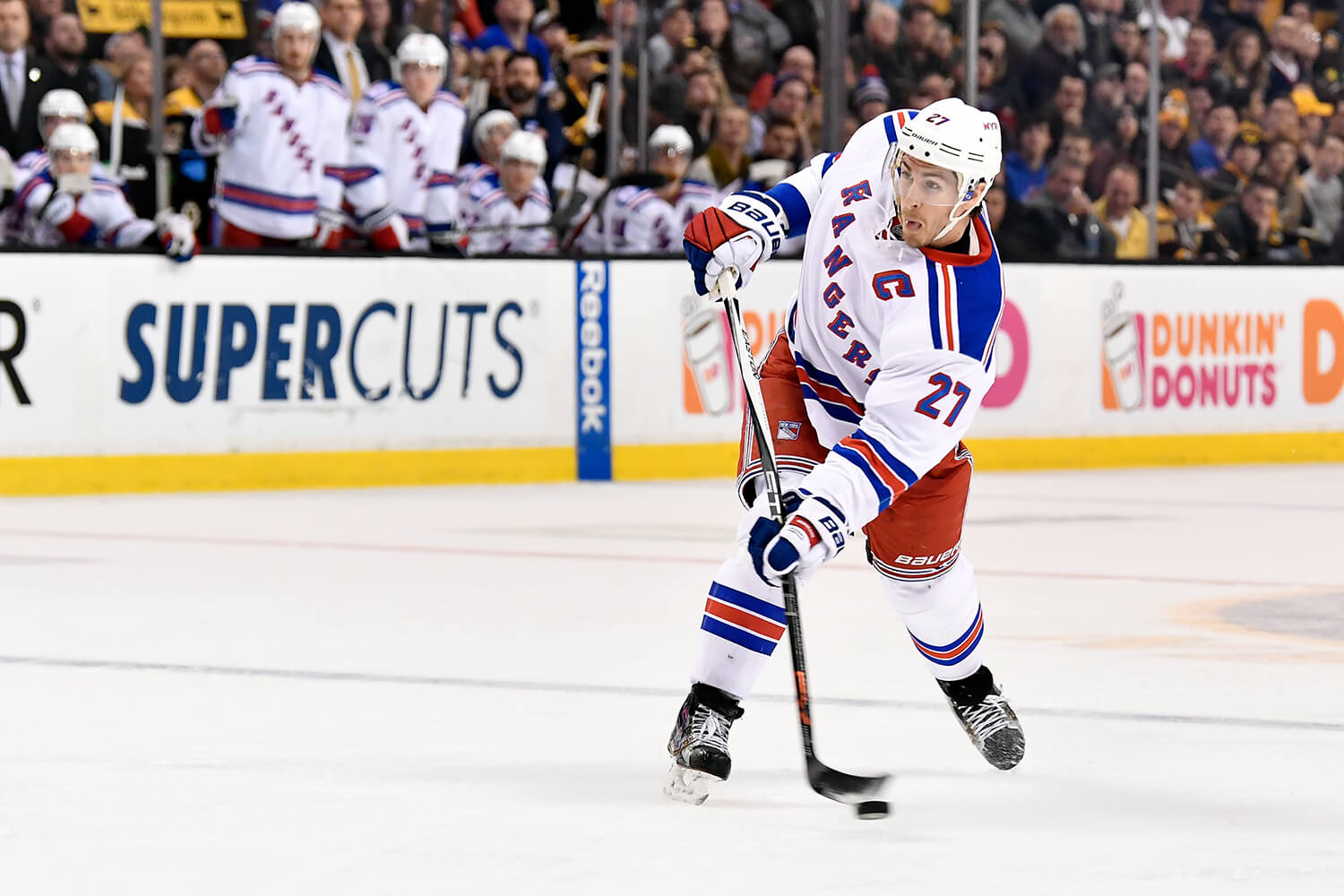 The Rangers, from a distance, look like a big team. Physically big. Like it would be hard to get the puck off them. Perhaps that’s why the Kings made so many mistakes against them in the early going of their game in LA on Saturday night.

The most egregious—Gaborik at the Rangers’ blueline, all alone. The puck came to him. Two guys converged on him. They poked it by him. He chased, Michael Grabner raced away with it, ignoring his partner. He got near Quick in the LA cage and fired it over the net. It wasn’t the first chance the team had had. Only the closest one to going into the net.

But there were other incidents similar. Kevin Hayes unearthed a puck from an LA defenseman behind the net and put it to that same Grabner. The goalie made a pad save. Quick twice missed pucks as the whizzed around behind his net, with him out trying to stop them.

So on second thought, maybe it was more that the LA team was off their game than that the Rangers were on theirs. In any event, nobody scored during the first period, in which the Kings took one minor penalty and were out shot 8-6. That power play, by the way, is 17th in the league, while the LA PK is fourth, and perhaps that’s why the Kings were able to disrupt and distract, getting in the way of pucks. The Rangers were good at finding seams to pass through, such as the diagonal that took the puck from the right hash marks back out to the point, but the LA team was well in the way once it got there. Whatever shots the Rangers tried were off the mark.

About the best chance that the Kings had was with Toffoli and Pearson going to the net, the latter with the puck. He held and shot a wrister just as the other youngster got to the goalie, Antti Raanta. The goalie swallowed it up for no rebound.

The second period began with the Kings more on it. They rushed the puck, but learned a lesson when they would lose it: New York turns it back up ice very, very quickly, because they are willing to risk something when they seize it, making long passing attempts.

That these produced no scoring wasn’t due to lack of work. Carter, Toffoli held the puck in the zone early. The Iginla, Brown, and Kopitar put the pressure on. And in that same shift, Iginla again turned over a puck, right in the crease. It went towards the goalie on a roll, and he covered it.

Soon after, Carter got a puck just where Grabner had in P1, and he tore down on a breakaway. He was caught up with near the net, because he’d had to spin around to get it cleanly on his stick at his blueline.

Debutante Jonny Brodzinski (yes, that’s how his parents spelled his first name), a 2013 LA draft choice, did the exact same thing that Carter had, stealing a puck at the precise spot on that blueline, and he took off, getting to Raanta with the puck slightly on edge. He still got off a good shot to the five-hole, which the goalie swallowed up.

Just to continue with him, later on the same shift, he was near the net when the puck came to him through a crowd. And shortly after that, he found himself at the right wall when he grabbed the puck and slapped it, turn-around style, at the goalie. Raanta made the classic pillow save with the left leg. He would eventually be credited with three shots in the period. For the game, it was three, plus a hit and two blocked shots. Very Sutter-approved.

Problem is, in between his two good touches, and with him no longer on the ice, the Rangers scored the game’s first goal. It was a slapshot purposely put off the end boards from the right side, coming out the left. Why did defenseman Brendan Smith do that? Because such a crowd was in front of the net. Anyway, it thudded off the boards and right onto the stick of Derek Stepan, who put it in the open net. Quick was on the ice, legs splayed full width (so if there’s any groin problem there, it’s a past-tense and forgotten memory). It was no good. The puck went into the open side. Rangers fans, not a few of whom seemed to be in attendance, cheered.

To keep things interesting, Grabner, who seemed to be everywhere on this night, got another breakaway, this time from the left side of the ice, and went in on Quick with a low shot that the goalie made a splits to save. The Kings generated no further offense and finished the frame as they so often do, leading the shots but behind in goals. The numbers: 20-15 and 0-1, respectively from home to visitors.

But the period didn’t end before yet one more breakaway happened, by Toffoli. He didn’t quite have the puck in his possession securely when he went to the net. The puck rolled through the crease.

Lots of highlights, in other words, but nothing much to show for it. Maybe period three.

Nope. As has become usual, the Kings outshot the opponent, on this night 30-20, but they couldn’t put the puck in the net. For their part, the Rangers got their second at four seconds of a four-minute power play. The puck was won back to the defense and flicked to the net. It looked to have been tipped, but the defenseman, Ryan McDonagh, got the goal. They later added an empty net goal with a little more than a minute left and Quick having been out of the goal for quite some time.

The power play was on a high stick from Andy Andreoff, and right after he put the stick up to Paven Buchnevich’s face, Dowd came in a and flattened the guy while he checked his injury. The Rangers stayed contained despite the offense, and just methodically went about keeping their lead. As was mentioned, they increased it by one on a long (foolish) try at the net by Rick Nash. It went in, but hey–even up by two goals with more than a minute left, you make the safe play.

The loss all but puts the playoffs out of reach for LA, with a ten-point gap now open to the last wildcard spot. It’s seeming a lot like the old days, when the last of the season was a futile race to the golf course.

The answer to the weight question, btw, is that the Kings outweigh the Rangers by an average of 6 pounds per player, 209-203.