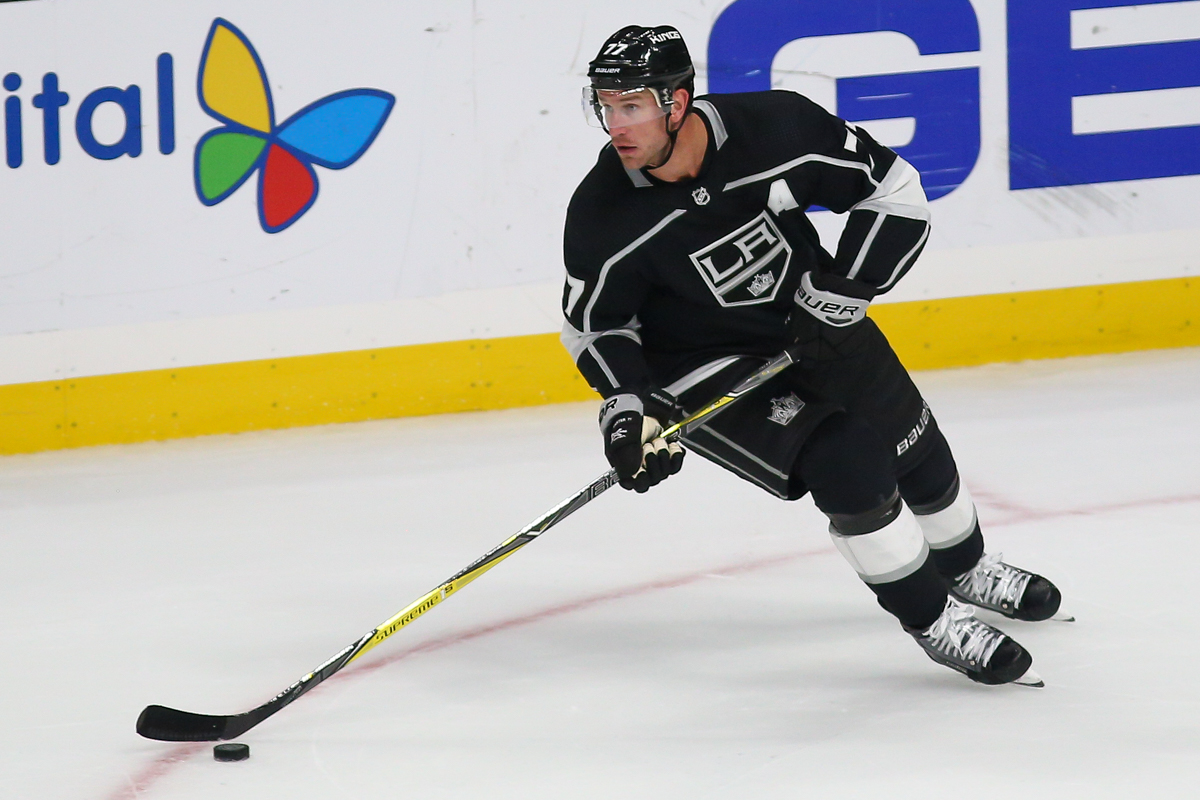 Adding Carter ‘a Credit to the Job Our Players Have Done’

Since the Penguins joined the NHL in 1968, no team has been more active on trade deadline day.

This year, though, figured to be a little different. With new GM Ron Hextall and president of hockey operations Brian Burke trying to strike a balance between competing for the Stanley Cup now and preserving future assets, the Penguins weren’t likely to be in on the biggest names available, like Buffalo’s Taylor Hall or Columbus captain Nick Foligno.

As it turned out, they weren’t especially close on any of the other names they’ve been associated with in recent weeks, either, as Calgary forward Sam Bennett landed in Florida and Flyers center Scott Laughton re-signed with Philadelphia. Instead, Hextall opted for an addition that hadn’t really been on anyone’s radar, but one he knows well, when he swung a deal late Sunday night that brought former Flyer, Blue Jacket and L.A. King Jeff Carter to Pittsburgh in exchange for conditional 2022 third-round and 2023 fourth-round draft picks.

“Jeff offers a lot,” Hextall said. “He’s got speed; he’s a playoff-proven player. He’s got a lot of versatility – he can play special teams, 5-on-5, he can play center, he can play the wing. So he just brings a lot to the table for us.”

Hextall has a reputation as a builder and, to part with future assets, was convinced not only that Carter was an upgrade to his team – but that the current roster had earned an addition to bolster their chances.

“Our team has done a very good job through a tremendous amount of injuries to key players,” Hextall said. “We’ve had a lot of guys step up, we felt like they’ve done a good enough job and, essentially, the team forced us to do this. [That] probably isn’t the right phrase, but made us think long and hard about where we’re at and what area we can try to get better to give us a better chance to make the playoffs and have success in the playoffs.

The Penguins are going to have every opportunity to keep stepping up through the injuries, because Hextall’s update on that front Monday wasn’t quite what Penguins fans wanted to hear. Especially when it came to forward Brandon Tanev, whose speed and tenacity have become a key part of the Penguins’ identity.

“[Tanev] I don’t believe will be back before the playoffs; that’s a tough injury to judge,” Hextall said, but offered a slightly better prognosis for his second-line pairing. “[Kasperi Kapanen] is probably the easiest; I’m guessing somewhere in the 10-14 day range. And Geno’s [Malkin] a little tougher again, but I do believe he will be back before the regular season ends.”

Though Carter likely envisioned himself wrapping up his career in L.A., where he won one of his two Stanley Cups with Hextall as assistant GM in 2012, he quickly embraced the idea of joining the Penguins in pursuit of another one.

“I talked to him last night, probably around 1:30 our time, and he was in a terrific mood,” Hextall said. “His exact words to me were, ‘I’m all in; I can’t wait to get there.’ So we have a player who’s won two Stanley Cups and he’s hungry to win another. I asked him, ‘You know what, Jeff, you’ve been around a long time; do you need a day or so to get your stuff together?’ And he said, ‘I can come out whenever you want; I’m ready to go tomorrow.’ Which is today. Credit to Jeff; he should be here tonight.”

With the way head coach Mike Sullivan has had to juggle line combinations due to injury, Hextall expects Carter might get a look in a few different spots. Centering a third line between Jason Zucker and Evan Rodrigues is one possibility; playing on the wing alongside Malkin, when he returns, is another. In any role, the GM expects the Penguins’ new No. 77 to be a good fit.

“You watch this team for two months and the word chemistry is a big part of all this, and the chemistry that this group has right now, and has had the entire year, is special,” Hextall said. “That was a really big topic of conversation, the chemistry. You bring in 3-4 guys and all of your lines change, your D pairs change and your room changes. We talked long and hard about that.

“I know Jeff Carter pretty well. Jeff’s just sort of the guy that’s going to come into the room and wants to go out and play hockey and be a good guy and be a good teammate. So I know Jeff’s not going to affect our chemistry in an adverse way and, on the ice, we think he’s going to give us a big boost.”