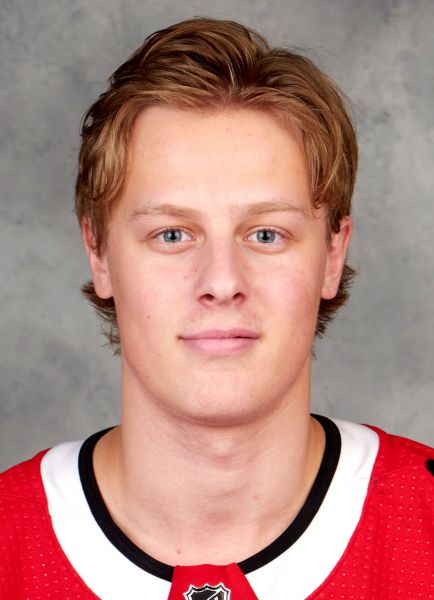 19-YEAR-OLD BOQVIST SCORES FIRST CAREER GOAL IN BLACKHAWKS WIN
Adam Boqvist, 19, scored the first goal of his NHL career and Patrick Kane (1-1—2) tallied 24 seconds into overtime as the Blackhawks spoiled a night of milestones at Honda Center. Boqvist (born Aug. 15, 2000), the eighth overall pick in the 2018 NHL Draft, became the franchise’s first defenseman born in the 2000s to score a goal.

‘‘It’s happened so quick and everything,’’ a grinning Boqvist said afterward. ‘‘There’s so much in my head right now. I got called up four days ago, so I’m just going to go with the flow.’’ – Adam Boqvist