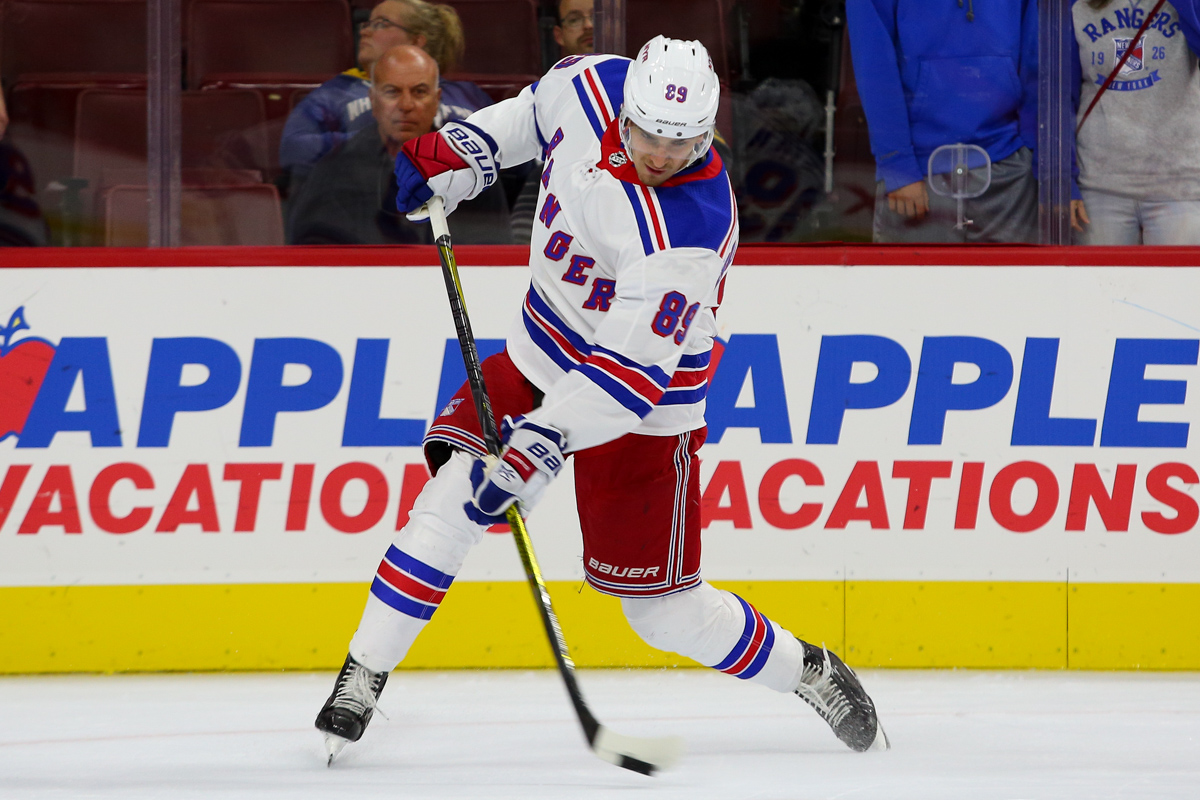 The calendar has flipped to October which means hockey is back. With it, comes a new look for the New York Rangers. It began at last season trade deadline when the retooling began for general manager Jeff Gorton and his staff. Trading away players who were part of the Rangers core that contributed to deep playoff runs. All runs as we have learned have a shelf life. Hours after the regular season ended on April 7, 2018, Gorton began the new process as he relieved Alain Vigneault from his duties and the transition continued. Enter David Quinn the college coach from Boston University. From the wonderful Rangers PR department here who coach Quinn is:

A former first round draft pick of the Minnesota North Stars in 1984, Quinn played four seasons of collegiate hockey at BU as a defenseman. The Cranston, Rhode Island, native was also once a member of the Rangers organization and skated in 19 regular season games and two playoff games for the Binghamton Rangers of the NHL in 1991-92.

Quinn has hit the ground running as camps and preseason have concluded and feels good about the group that will represent the Rangers come Thursday when opening night at Madison Square Garden happens. He has brought a fast-paced, high-tempo, physical and intense camp declaring that this team will be relentless and battle for sixty minutes night after night. One of the qualities he also brings is being able to communicate and work with the younger players; young players in which the Rangers currently have. Of the active roster, the Rangers have just six players 30 years or older.

The roster the Rangers will showcase as the season opens will be as followed:

Nothing too surprising other than Lias Andersson beginning the season down in Hartford. It was a smart hockey decision given the fact he would not get the minutes just yet at the NHL level that he would down in Hartford. Vinni Lettieri made the team over the last week of practice and preseason given his performances as well as Brett Howden who will bring a size element to the Rangers as well. Chytil along with Lettieri and Howden will be the younger players gracing the lineup and will bring a lot to the table in terms of speed, hands and hopefully goals.

Players looking for bounce backs after injuries will be Chris Kreider who is 100% healthy after a scare last season with blood clots, Shattenkirk after a significant knee injury. Zuccarello is looking for a rebound after a statically down year and Brendan Smith who was sent down mid-season after he wasn’t playing up to the potential he should have been when the Rangers traded for him two seasons ago.

All eyes will also be on the now 36 year-old franchise goaltender Henrik Lundqvist who had the chance to leave but has been committed since day one to be part of this rebuild and intends to finish his career with the Blueshirts. Last season was the first season out of his 13 he did not post 30 wins (he finished 26-26-7). He feels as if he is in a better place now then in previous years given he had off the entire off-season because the Rangers did not make the playoffs.

The expectations are not high across the board with hockey analysts as the Rangers continue to build their farm system and hold on to their draft picks rather than trade them to add to the team. The Rangers however feel they can be a better than expected hockey team and believe they can make the playoffs. A strong yet bold statement but with the teams currently in their division, it would be a major mountain to climb. They could flirt with a wild card spot but for a team continuing their build I’d be shocked if they made the playoffs at all but then again no one knew what the Vegas Golden Knights would do. By no means are the Rangers compared to the Golden Knights but more so on the comparison that anything can happen.

So sit back and enjoy yet another hockey season and let’s see what the new regime of Rangers can do.