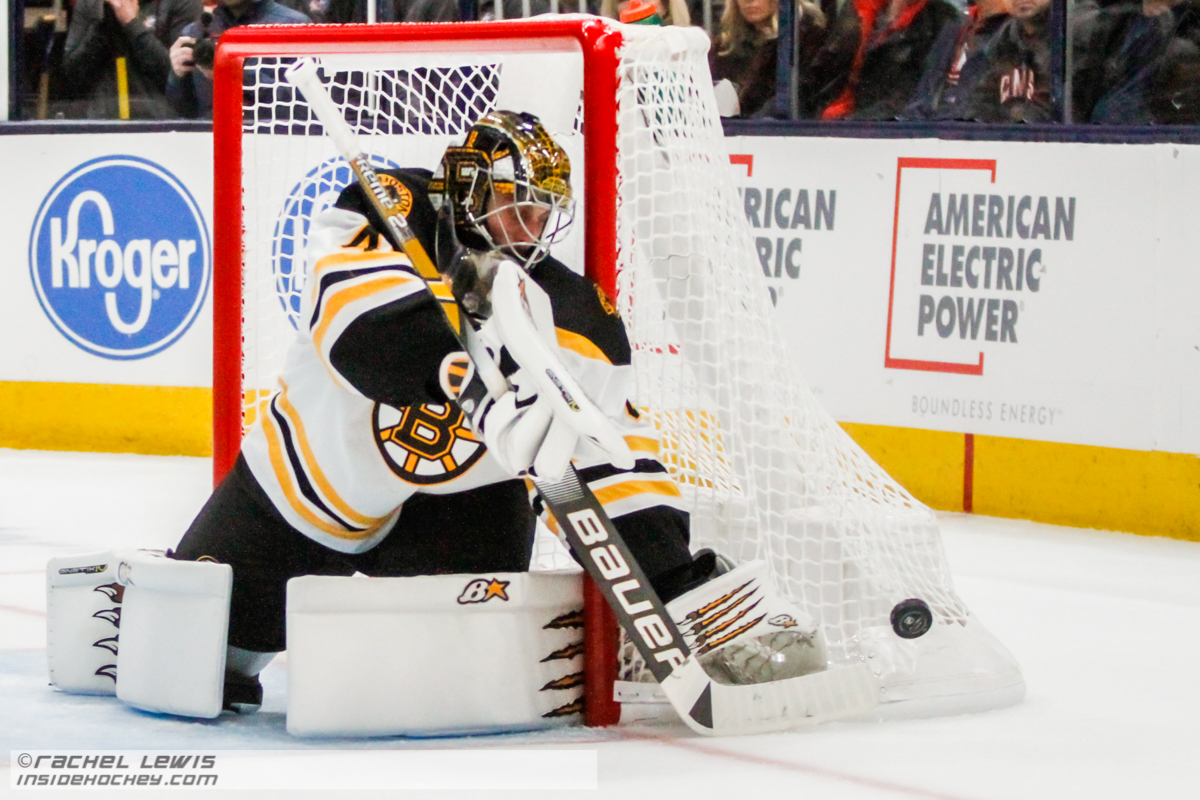 A Little Bit of Everything For Bruins

Boston, MA — One three-game road trip now under their belts, the 2021 Boston Bruins head back to the comforts of TD Garden and Warrior Arena at 1-1-1. Not a particularly bad start considering the team only started skating together two weeks ago. Not a particularly good start considering the team is in the MassMutual East Division, which might as well be sponsored by the Bataan Death March.

The big take away on the Twittersphere and airwaves so far is the lack of scoring on five-on-five for the Bruins. That shouldn’t be an issue as the team continues to skate through the kinks of being off since the last day of August. David Pastrnak is still out while recovering from off-season surgery. Brad Marchand and Patrice Bergeron have notched a power-play and shorthanded goal, respectively. Brett Ritchie has the team’s other power-play goal to round out the scoring through three games. This will get better.

The three games have shown the Bruins to be a mixed bag. Game one, a 3-2 shoot-out win against the New Jersey Devils, the Bruins could not hold the lead and/or put away an (possibly) inferior opponent. Tuukka Rask played extremely well when he was tested, which wasn’t too often in this game. Miles Wood beat him with a solid wrist shot on a breakaway. Late in the third period, a wonky goal led to the overtime period when defenseman Ty Smith scored his first NHL goal. Smith’s wrist shot from the blue line bounced off a few sticks and players to get past Rask. Marchand saved the day in the shoot-out phase when he beat Mackenzie Blackwood five-hole. The Bruins controlled most of this game.

The next game, two days later, Jaroslav Halak got the nod in goal. The 35-year-old Slovakian was outstanding in this game. He was the reason the Bruins survived to get to overtime. They ultimately lost on a great play by the Devils during the three-on-three. In the midst of a scoring opportunity, the Bruins got caught out of position by a quick Devils breakout and some nifty passing to send Yegor Sharangovich in alone on Halak. Sharangovich’s first NHL career goal, with just 1.7 left, was the difference in that game. Boston played a bit subpar but losing Andrej Kase in the second changed the way the team handled their lines.

In the 1-0 loss to the New York Islanders on Monday afternoon, Rask matched the previous play of Halak. The two veteran goalies have been on their game so far. Again a wonky goal did in the Bruins. Jean-Gabriel Pageau swatted a rebound out of the air past Rask. Pageau’s stick was just below the legal limit when he swings it into action. The Bruins had quality chances but could not get one past Semyon Varlamov, who earned his second shut-out in two games. Hard to find fault in that.

“We’ve had a few of those this year,” said Head Coach Bruce Cassidy when asked about the fluky goals. “Big picture, you know you’re doing a good job defending when those are the goals that are going in. On the flip-side, it’s no consolation to lose a game like that when you feel you were the better team.”

Due to injuries like Pastrnak, an opening night illness for new Bruin Craig Smith, and losing Kase, Boston has not had their full squad. Cassidy has shuffled his lines here and there as needed. The tinkering is necessary due to the condensed schedule (56 games) and toughness of the division. Only four of the eight teams will make it to the playoffs. A very hard ask in a division with last season’s Conference Finalist Islanders, perennial beasts Pittsburgh and Washington, a rejuvenated Flyers squad and up and comers like the Rangers, Devils, and then there’s Buffalo.

A four-game homestand against both Pennsylvania teams will be a challenge, but these Bruins are up to it. The offense has looked good on the man advantage as usual while the penalty kill is in mid-season form.

David Krejci has looked fluid; Jake DeBrusk played well on the first line with Bergeron and Marchand. Charlie Coyle and Ritchie have had some good shifts together, while bangers Sean Kuraly, Chris Wagner, and (Anders Bjork, Trent Frederic) whoever gets rolled out there with them have carried on in their fashion. Youngsters like Jack Studnicka and Frederic have shown that they belong on the roster. Frederic, especially, has been looking to get rough and ready with anyone. Smith has shown flashes of why the Bruins brought him here.

“Anders had energy; when he has his legs, he can be effective,” said Cassidy. “Obviously, for all those guys, we’d like to see a result ending up on the score sheet, but right now, it’s been tough. Even Smitty had a couple of good looks, Ritchie I thought had three excellent chances that didn’t go in.”

“I liked our game overall,” added Cassidy after the loss on Long Island.

On the back-end, it’s been overall a good showing. Matt Grzelcyk (hurt in Monday’s loss, no update as of writing) and Charlie McAvoy have been smooth with the puck and keeping the Bruins on the go. Brandon Carlo has upped his game in the absence of Zdeno Chara. The return of Kevan Miller has bolstered the back-end and added toughness. Jakub Zboril and Jeremy Lauzon have been stellar in the early play.

That’s really the key for the Bruins, the young guys need to continue to play to their expected abilities, and things will fall into place. This is a veteran team with a good head coach and experienced assistants.

The Bruins four-game homestand starts on Thursday against Philadelphia, followed by a Saturday game against the Flyers, and two against Pittsburgh on Tuesday and Thursday. All games start at 7:00 pm.