When the Arizona Coyotes left Anaheim, most of the team felt dejected.  Being outshot and outplayed for most of the game, the team after the game had been looking for answers.  The first and second periods were dominated completely by the Ducks, controlling the puck in that time frame right in front of goaltender Mike Smith.

“As a group we need to find consistency,” Smith said after the loss to Anaheim.  “We can’t be winning one game then losing one.  We are all tired of it.”

How about the same story line from last year, when a team that has such a strong lead through two periods gets taken away in an instant, and usually that same team walks away with either one or no points?

Ask how that feels to the current Coyotes.  Against the Colorado Avalanche, it was a game that they could at least maintain.  The Avs weren’t the same team from last year, winning the Central division last season, and playing in front of a home crowd the Coyotes felt as if this would be the game to get back on track.  That feeling was there early when Antoine Vermette starts the game off early.  Then midway through the first period, in just 30 seconds Michael Stone and Tobias Rieder join the party.  Arizona led 3-0 after one period.  It all seemed as if the Coyotes would manage throughout the rest of the game, the confidence level was up, and whatever momentum they carried from the Honda Center just 48 hours ago seemed to linger.

The only problem though, in which this team has not been able to figure out, is that hockey is played in a full 60 minutes.  Arizona still seems as if they have not gotten that memo.  Colorado gets one in midway through the second period.  Then to open the third, Gabriel Landeskong goes off balance off a miscue and sneaks one past the right skate of Smith.  Wasting no time, Matt Duchene handles the puck after the Coyotes could not clear it from their own zone.  Up in the air, he uses his stick to swing the puck into the net right in front of Smith to tie the game.  By then, Arizona pictured the flashbacks.  Another game of bad puck handling, putting Smith under a lot of pressure, and feeling fatigued haunted them as it had done the last few years.  Arizona managed 11 shots in the third, but all were too easy to stop.  In the overtime, Daniel Briere tries to set up a one timer to the right slot, but instead Martin Hanzal decides to help out and tip it to Smith, who wasn’t expecting the puck.  It was a fitting way to end a game that Arizona had lost control of in an arena that was dominated by Avalanche fans.

“We were in a good spot early on,” Vermette said.  “When you are up early like that, you should walk out of a game with two points.”

“We let them hang around in our zone for too long,” Stone said.  “We gave this team a lot of chances to the net, and those pucks went in for them.”

Everything in the stat book seemed to finally give the Coyotes a chance.  A thirty-plus shot performance was the first in over a month.  A three goal lead early gave this team an opportunity.  Issues of trying to finish games has been the only thing that hasn’t been figured out.

“It doesn’t feel good leaving points out there,” Stone said.  “Even when we went into the third period we still didn’t get back on our feet, yet we were up two goals.  It certainly doesn’t feel like we got a point.  Our goal was two and losing like this feels like you shouldn’t deserve any.”

A three day break for Thanksgiving didn’t help, being shut out by Calgary 3-0.  One can say it was a turkey hangover, whereas others see a team that didn’t feel right after their previous loss.  Either way, the Coyotes were lost the entire night.  Not even a dominant second period where they took 15 shots could give this team a chance.

“I knew in a game like this we had to play fast,” head coach Dave Tippett said.  “We had to play smart, we had to control the puck, and we didn’t do a lot of that.”

Even with two months completed, this team may be in trouble.  Failing to close out games and handle the game shows that there is still no answer to their struggles.  It could be a game or two in the win column that may change things, but with how close knit the standings are, it has to happen much sooner than later.

“I really feel like we have a team that can do a lot more than what we have been,” Tippett said.  “We have a lot of players who can contribute, but right now they are playing very slow.  We are losing too many battles in the offensive zone, and it is certainly hurting us in order to control any kind of game.”

END_OF_DOCUMENT_TOKEN_TO_BE_REPLACED 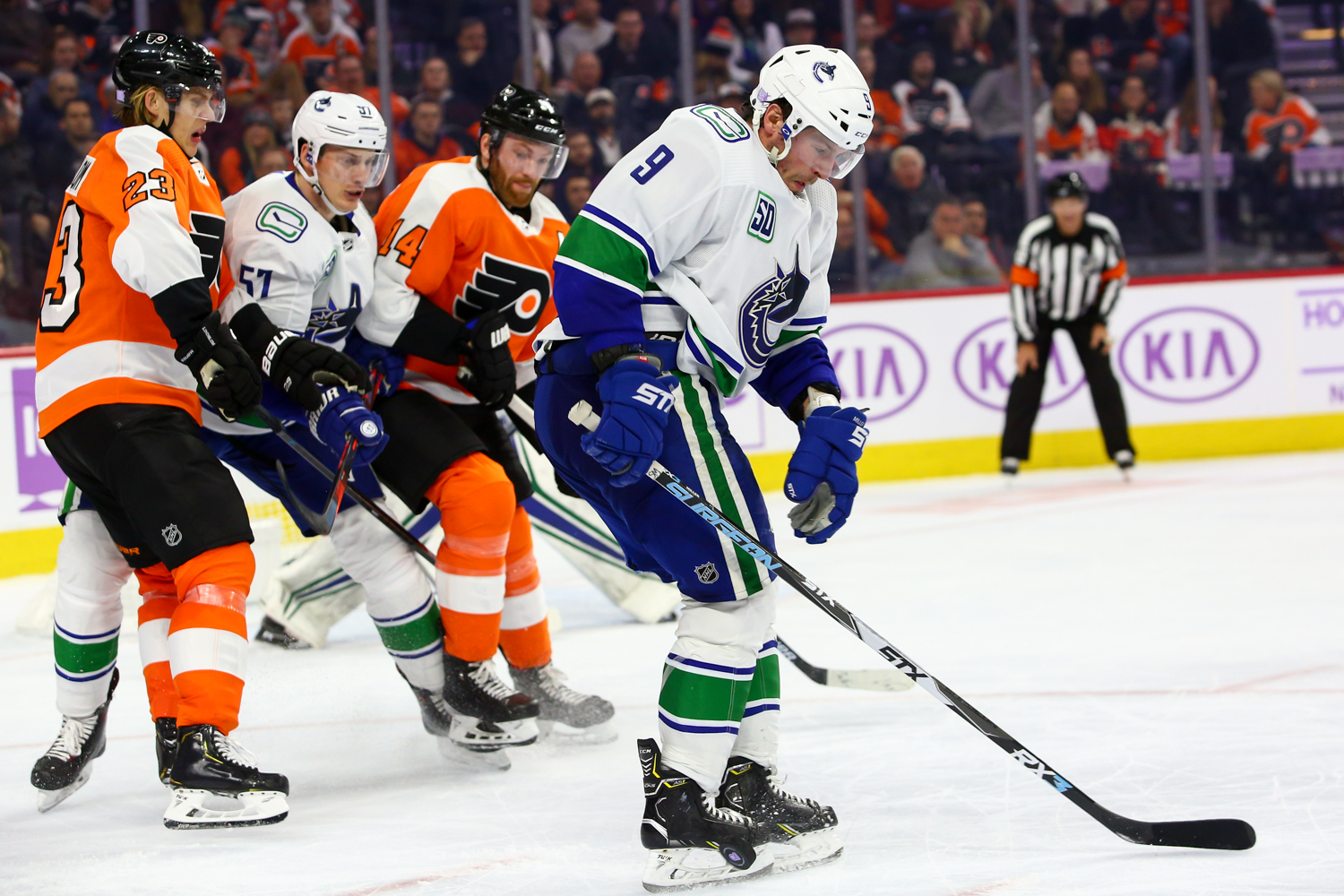