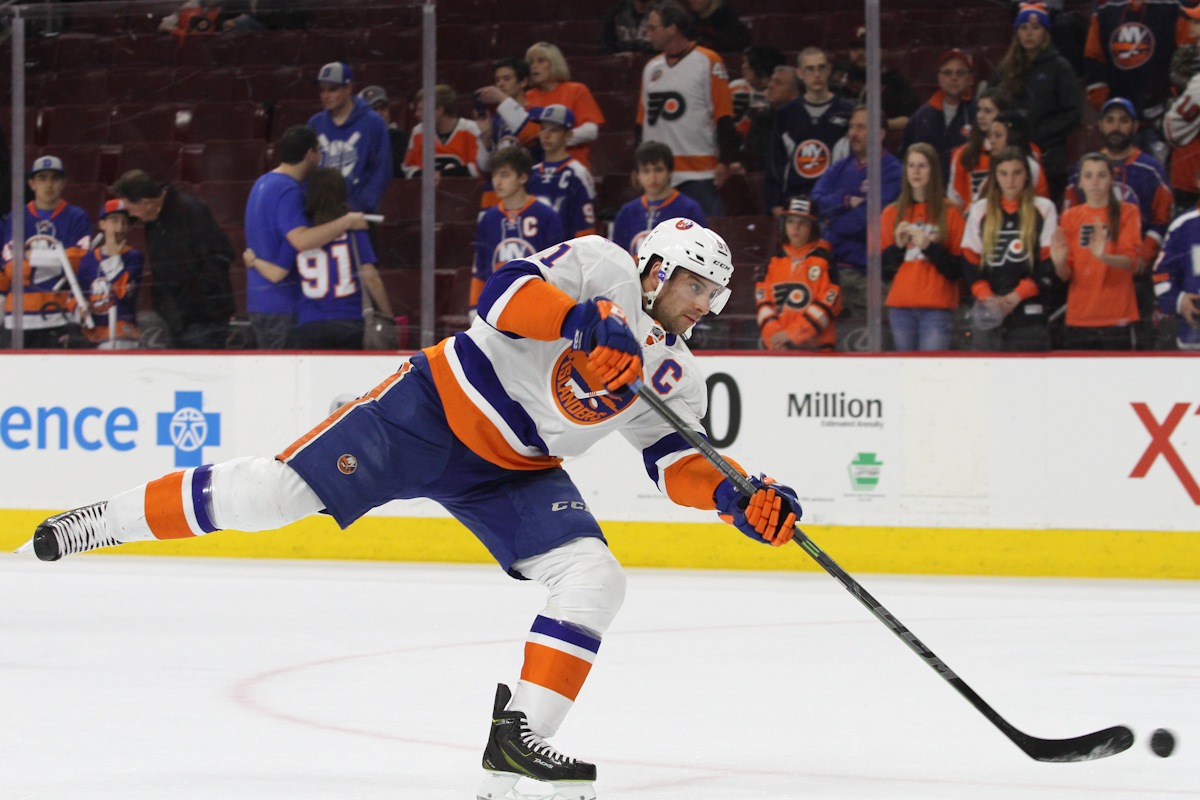 The New York Islanders earned a split of the two games in Florida and the series heads back to New York all even at 1-1.

Here are five key takeaways from the first two games of the series:

Getting Travis Hamonic back in the lineup was a big deal for the Islanders. Despite missing the final few weeks of the season, Hamonic has played fairly well so far in the series.

He’s averaging 24:03 of ice time per game, just a little ahead of his regular season average and second on the team to Nick Leddy.

In two games, Hamonic has an assist and a plus-one rating. He has been involved in the physical aspects of the game as well.

While it’s clear Hamonic is not 100 percent, his addition to the lineup is a big plus for the Islanders. If he weren’t available, Leddy, Boychuk and de Haan would be playing too many minutes and either Marek Zidlicky or Brian Strait would likely be back forced into action. Hamonic also provides leadership and an emotional lift to the team.

4. The Islanders Need to Tighten Up Defensively

The Islanders need to slow the Panthers down in the neutral zone. Florida’s top line has had too much space and time which results in quality chances in the Isles zone. Reilly Smith has done the most damage, but Jussi Jokinen Aleksander Barkov and Jonathan Huberdeau have also been successful in creating dangerous situations. The Islanders forwards need to clog up the neutral zone and backcheck more effectively to slow down Florida’s forwards.

3. John Tavares Has Taken His Game to Another Level

Truly great players don’t just put up gaudy numbers, they play their best hockey in big games. John Tavares has clearly lifted his play to another level at the start of the playoffs.

In the first two games, the Isles captain has two goals and four points and leads the team with 11 shots on goal. He has also won 61.3 percent of his faceoffs, an important statistic for any team that wants possession of the puck.

Tavares is also averaging more than 20 minutes of ice time per-game and seems to be the hungriest player on the ice when jockeying for position or fighting for loose pucks.

His line with Kyle Okposo and Frans Nielsen has been the Islanders best by far. It has provided most of the team’s offense, scoring four of the six goals over the first two games and has created the most scoring chances by a wide margin.

Tavares has established himself as an elite player and continues to excel when the team needs him most. Team success in the playoffs is the next accomplishment he needs to add to his resume.

2. The Islanders Need More From Their Other Forward Lines

The Tavares line has been excellent and the fourth line knows its role, but the other two lines have been below par for the Islanders over the first two games.

Playing Tavares, Okposo and Nielsen together on one line creates a dangerous trio, but also puts nearly all of the team’s offensive eggs in one basket.

The trio of Brock Nelson, Nikolay Kulemin and Josh Bailey are a combined minus-11 in two games and they have a total of one point between them. They have been outplayed in all three zones and have hurt the team a lot more than they’ve helped it.

The line of Ryan Strome, Alan Quine and Shane Prince has been only slightly better than the Nelson trio. Quine has hustled and created a handful of scoring chances, but overall, they have not played well enough defensively and have not provided enough offense either.

The Panthers have six forwards who tallied 50 points or more on the season and their depth up front gives them an edge over the Islanders. Unless the Isles get more production and better play from their second and third lines, they will have trouble winning this series.

1. Thomas Greiss Has Been Equal to the Task

Thomas Greiss had never started an NHL playoff game before this season but in the first two games he has shown he is ready to shine in prime time.

The Islanders team defense has been shaky, especially in Game 1 and the first period of Game 2, yet Greiss kept his team in both games and helped them win one of the two road games to open the series.

In two games, Greiss has a .921 save percentage which reflects how well he has played. He only allowed two goals in the Game 2 loss and none of the goals he permitted could be considered weak or his fault.

The Islanders fell behind three times in Game 1, but Greiss didn’t let any of those goal take him off his game and as a result, the Islanders were able to come back and eventually win the first game.

He also handled the pressure of the playoffs and the grind of playing on back-to-back nights.

The Islanders can’t win this series without strong play from Greiss. The fact that they are tied 1-1 as they head back home for Game 3 is in large part, a testament to Greiss’ strong performance.